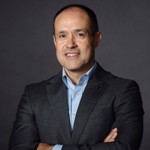 The VHA story is one of the most extraordinary and impressive turnaround stories in corporate Australia of recent times. VHA responded to challenging times with a clear strategy, including significant network investment, and that strategy is now paying off. VHA has a customer base of 5.5 million and growing, a network that is better than ever and products which have changed the game in the Australia mobile market

Hear from the CEO of VHA, Iaki Berroeta, as he draws on his more than 20 years experience in the telecommunications industry globally.

Precis:  5G and IoT will mean major changes to mobile devices and networks and will require much closer integration with fixed networks. Vodafone, as a world leader in mobiles will be a major influencer.

TelSoc and the ACS are jointly presenting this years Charles Todd Oration at Doltone House in Sydney.

NOTE: Our venue is slightly different to recent years, It is NOT on Jones Bay Wharf but further south at 48 Pirrama Road:

Iaki Berroeta was appointed the CEO of Vodafone Australia in 2014. He previously served as CEO of Vodafone Romania and Vodafone Malta, and also worked in various roles in Spain and the USA. He has a Masters of Engineering in Telecommunications from Spain and an MBA from the UK.

Vodafone Hutchison Australia (VHA) is a 50:50 joint venture between Vodafone Group Plc. and Hutchison Telecommunications (Australia) Limited. Vodafone entered the Australian market in 1993, with VHA formed in 2009 following a merger with Hutchison.