The Heritage of Telecommunications - A Sustainable Approach

Regrettably TelSoc has had to cancel this event. It appears that the ongoing Covid situation means that most people are still working from home and consequently unable to attend a CBD physical event.

TelSoc expects to consider bringing David Piltz's input to all via an online format at a later date. Stay tuned!

(Naturally TelSoc warmly welcomes new members, and we invite you to join TelSoc as a financial member.)

Telecommunications is no longer about telephone calls at home and the major changes we have seen over the last 20 years will probably be dwarfed by the changes still to come.

Join TelSoc and David for a luncheon on Thursday 20th May 2021 at the Angliss Restaurant, 550 Lt Lonsdale Street, Melbourne. We will start at 12:00 and finish around 2pm, with drinks and a sit-down buffet meal included.

We will also be joined live by TelSoc Members from around Australia. 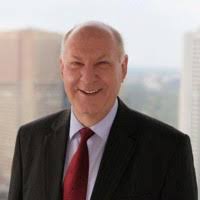 David Piltz is a graduate of Adelaide University and his 48 year career in telecommunications has included over 20 years in the Executive Management of Telstra. He has managed many major projects, including building the link across the Bass Strait (both times). His latest “project” is securing the heritage of telecoms in Australia.