A recording is now available via Vimeo (refer below).

Three journal articles covering content presented within the forum have now been published via the TelSoc journal:

Communications Minister Paul Fletcher kindly provided a scene-setting video which can be accessed via the following link: https://communicationsgovau.app.box.com/s/rym6lex2vazs54k6mcep86r1rrlq9x5s

Firstly, I want to thank the team at Telsoc for extending an opportunity to provide a brief message.

The NBN, and more broadly, debate around competition and investment in the telecommunications landscape, have been dominant areas of policy discourse in Australia for some time.

The Australian taxpayer will have made a significant investment, and the task of public policy will be to maximise the benefit of that investment now and into the future.

The NBN rollout is approaching a stage where questions about its future purpose, and the structural settings best suited to that purpose, are coming to the fore.

Appropriately, this will mean the focus and nature of discussion over the next three years will be different to the previous three.

Telsoc has an important role to play, given its expertise, professional membership and ability to facilitate discussion around such issues.

I wish participants the best for today’s discussion and look forward to engagement with Telsoc in the future.

The NBN is scheduled for sale after completion of the rollout, sometime after 2021. Is sale the only option? And if so, in what form might the sale occur – at what value and to whom? Might the NBN be integrated with Telstra’s infrastructure unit, InfraCo?  How can various options meet national objectives, demands on government finances, industry requirements and user needs?

TelSoc is committed to encouraging informed debate about the ownership options well in advance of the decision process.  Scene-setting articles have already appeared in the TelSoc Journal, by Mark Gregory (June 2018) and Gary McLaren (December 2018).

This forum will have four panelists clarifying options and engaging participants in identifying issues that need more examination.

In the TelSoc Journal in 2004 (reprinted December 2017) Peter proposed the structural separation of Telstra, forming NetCo as a core monopoly network. The potential integration of NBN and InfraCo, in government or private ownership, would create a version of NetCo.  Peter will comment on the benefits and issues.

In this option NBN is retained as a government business enterprise, or translated to another form more reflective of its perceived utility status.

Selling the NBN as an entity has been the stated long-term intention of both Labor and Coalition governments in the phases of development since 2010, with a legislated process including: a declaration that the NBN is built and operational; a Productivity Commission inquiry; Parliamentary Joint Committee consideration; Parliamentary approval.  .

The 2014 Vertigan Report recommended the disaggregation of NBN by technologies – FTTx, HFC, fixed wireless and satellite – which could be sold and compete with each other.  Subsequently, accounting separation has been required by government, in possible preparation for future disaggregation, and this option for selling has been supported by the ACCC.  One variation is that fixed wireless and satellite remain in government ownership. 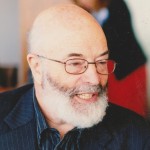 Peter is now an honorary academic and a freelance writer. He was Editor-in-Chief of the Telecommunications Journal of Australia (1994-2013), and of TJA's successor, the Australian Journal of Telecommunications and the Digital Economy (2013-14), of which he remains an Associate Editor. He was a founding Director of TelSoc (July 2013), the reincarnation of the former Telecommunications Society of Australia. Amongst career highlights, he was an engineering executive in Telecom Australia/Telstra where he successively led network research, network product development, network planning and network strategy groups, until 1993. He subsequently became a professor of telecommunications at two universities (RMIT in 1993-6 and then Melbourne from 1996 to the present). He is currently an honorary Professorial Fellow at the Melbourne School of Engineering, University of Melbourne; and an Adjunct Associate Professor (Research) in the School of Languages, Cultures and Linguistics at Monash University.

Jim Holmes is an international telecommunications consultant providing telecommunications policy, regulatory and legal advice to the sector, mainly to Governments and to regulators.  His work over the past 25 years has included the development of regulatory and organisational frameworks to deliver telecommunications outcomes. Prior to that Jim was a senior manager in Telstra and its predecessor organisations, and until his departure in 1994 was involved in substantial reorganisations and Government reviews of the sector on Telstraâs behalf, including reviews of universal service delivery and policy, regulation and corporate governance. 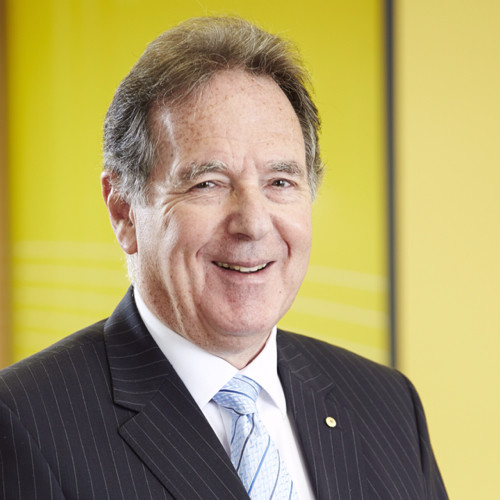 Graeme Samuel is a Professorial Fellow in the Monash Business School and the Monash School of Public Health and Preventative Medicine at Monash University. He has specialist expertise in competition and consumer regulation, communications and media, corporate governance, strategic planning and change management, public policy and dealings with government and regulators. Graeme was Chairman of the ACCC from 2003 to 2011. His professional career has spanned senior roles in law, investment banking and public service.

Michael has been the most senior official within the ACCC on telecommunications and more recently across all its infrastructure responsibilities for the past 20 years.

Michaelâs current position involves the overall management of the Australian Competition and Consumer Commissionâs Infrastructure Regulation Division.  The Infrastructure Regulation Division is responsible for fostering competitive, efficient and informed markets in critical sectors and industries.  This includes the economic regulation of certain communications, water and transport markets and the monitoring of industries where there is lack of competition such as fuel and airports.

He is a lawyer who has worked both as a barrister and as a solicitor across a range of areas in both the private and public sectors.