Free for members and all affiliated association members.
53

The world and broadband now evolve to a new normal.  A centennial pandemic suddenly intensifies our broadband dependency and mandates more ubiquitous and reliable communication everywhere, including Australia's NBN.   What does this mean for broadband evolution plans?  What must change?  What can change? Fiber to everyone's wristwatch was never an economically viable solution, but there are paths that address need and viably advance into the new altered future.  Existing facilities' combined intelligent leverage, and best use of advanced, powerful, and distributing computing can indeed provide viable solutions.  This talk investigates such paths, how to measure their advance, and suggests paths that transcend well into tomorrow's New Broadband Normal.

This event is provided in association with the Victorian IEEE section Communications Society, ComSoc. The "Book a Seat" button above will take you to the IEEE site to register. Zoom details are provided on the IEEE site.

John Cioffi is affectionately known by many as the "father of DSL". His perspectives are sure to be of interest. Please book to ensure your place at this event. 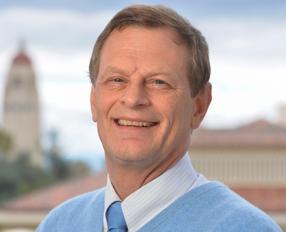