The True Cost of FTTP

The True Cost of FTTP

In a recent blog, NBN Co attempts to justify why NBN Co is rolling out fibre to the node (FTTN) rather than fibre to the premises (FTTP).   NBN Co says that FTTP is too expensive for Australia, claiming that Australia is not on a level playing field with other countries that have FTTP.    But NBN Co?s commentary is misleading, and omits a number of key facts.  A more careful and accurate examination of the facts shows that Australia is indeed comparable with other countries that have chosen FTTP.

A much more appropriate comparison would be with cities like Auckland, Lisbon or Stockholm, all of which have similar population densities to Sydney and Melbourne.  Importantly, the citizens of Auckland, Lisbon and Stockholm enjoy access to state-of-the art FTTP broadband.

NBN Co has been insisting for 4 years that the cost of rolling out FTTP in Australia remains constant at $4400 per premises.  But many FTTP operators around the world have reduced the cost of FTTP by as much as 50% by incorporating improved construction techniques.  For example, in New Zealand, Chorus has reduced the costs of FTTP deployment by 44% over the past few years, using a variety of approaches.

It is a nonsense for NBN Co to argue there are no improvements in FTTP construction costs by ignoring technology improvements and refusing to learn from what has happened in other countries.

The continuing successful rollout of FTTP in New Zealand by Chorus is clearly a thorn in the side of NBN Co.  In the meantime, New Zealanders look at Australia?s second-rate NBN in amazement. Chorus? corporate reports proudly point out that their costs for rolling out FTTP are much less that what NBN Co claims.

In the blog, NBN Co disparages Chorus? use of micro-trenching and other techniques for bringing the fibre into each home, rather than what they call ?a properly constructed underground duct?.  NBN Co says: ?this method does not protect the very fragile fibre as well as if it is safely inside a protected duct?.

NBN Co omits to mention is that modern optical fibre cables are not fragile, and there is widespread use of micro-trenching and other ductless methods in many other countries.  It appears that NBN Co is reluctant to admit that FTTP deployment techniques are improving and that radical new approaches can have a significant impact on reducing costs.

NBN Co points to Google Fibre in the USA as an example of a company that found it too expensive to build a FTTP network.  They do not acknowledge that Google Fibre?s situation is very different from NBN Co?s situation in Australia.  For a start, in the USA, multiple hybrid-fibre-coax (HFC) and FTTP companies compete with parallel distribution networks ? much like the parallel HFC networks installed by Telstra and Optus in the 1990s.  As the sole wholesale provider, NBN Co is free of these issues and therefore able to construct a network at a lower cost per customer.

As pointed out by NBN Co, much of the FTTP and HFC infrastructure in the USA is aerial, but this has caused headaches for Google Fibre.  The big problem is that competing companies use the same utility poles for their cabling.  Significant cost increases and delays can arise when a new company like Google Fibre wants to install its fibres on power poles that already have cables belonging to other companies attached to them and there is no free space for Google?s cables.

Some cities in the USA tried to assist Google Fibre overcome the extra costs and delays by implementing rules, known as ?one touch make ready? rules that would allow Google to move the competitors? cables to make space for Google?s cables.  But some of Google?s incumbent competitors, Charter, Comcast and AT&T sued those cities and Google was left with no option other than suspend rolling out FTTP.  It is expected that Google Fibre?s FTTP rollout will resume when one touch make ready rules are implemented.

The key point here is that Google?s decision to suspend its FTTP rollout resulted from legal action brought about by competitors, not by the inherent costs associated with FTTP. Google has stated that their costs for rolling out FTTP is about the same as upgrading an HFC network to DOCSIS 3.1.  Using NBN Co?s figures for FTTP and DOCSIS 3.1, this suggests that Google?s FTTP rollout costs are about 50% of NBN Co?s claimed costs for FTTP.

NBN Co points out that Verizon in the USA has the ability to cherry pick high-margin, low-cost metropolitan areas, while NBN Co has to serve everyone.  Again, they do not mention that as a monopoly provider, with no competing networks running in parallel, NBN Co is able to build a network at a lower cost per premises.  They also fail to mention that Verizon provides FTTP to suburbs in the USA with population densities that are similar to Australian suburbs.

Take away the misleading statements in the blog, add some important missing information, and it becomes clear that FTTP is now cheaper to roll out than ever, and the rate at which it is being rolled out around the world is accelerating.  There is no good reason why Australia should not be enjoying FTTP. There are few better examples of how to embrace FTTP than in New Zealand.  Chorus is efficiently getting on with the job of rolling out FTTP in New Zealand, while NBN Co seems to be fixated on finding excuses for why Australia is not able to do the same. 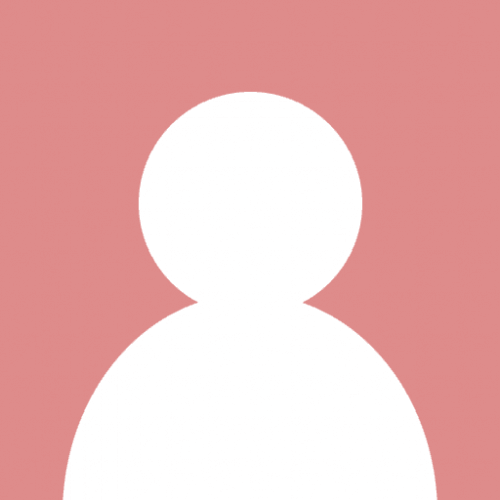 The True Cost of FTTN

Thank you for your article Rod. As Telstra's largest Business Customer in Tasmania (home of the NBN) I can say at a practical level that FTTN is exceptionally expensive because of the number of visits required by NBN and the retailer.
In my experience there are on average less visits for a FTTP installation.
With FTTP I can have a service active on my NTD within a few hours (within an hour if I ask my ISP nicely) and that service can range from 25/5 to 1000/400.
With FTTN the lead time to active a new service is always weeks. There is always confusion about where the current copper cabling is and how poor a state it is in. Most ISP's struggle to tag the service at the MDF meaning you need to get a cabler in. Internet performance is nearly always poor and seems to fluctuate quite a bit. FTTN VSDL is considerably less stable the ADSL and in general the performance is so bad we have to look at separate fibre connections.
The long term cost of FTTN as services churn is going to very high and I don't think many people realise this.

True cost of any service is an amalgam of actual capital costs and actual operational costs, and is dependant on -

In short, be very careful about taking claims on costs at face value without being very knowledgeable and confident around all facets of this complex field of work, made much more so with the introduction of the NBN into the overall cost equation.