This obituary of Jack Curtis (1920-2013) describes his outstanding career in Australian telecommunications, including his historic and challenging role as founding Managing Director of Telecom Australia from 1975 to 1981. 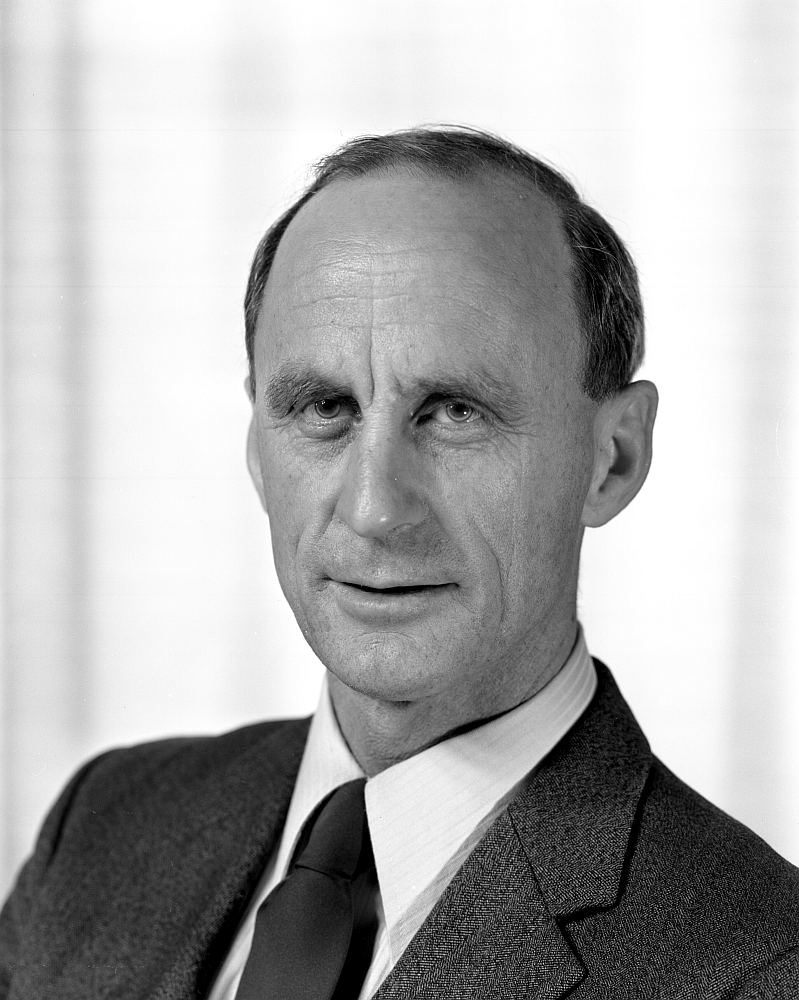 Jack Curtis was born in Closeburn, near Brisbane on 20 September 1920.

Jack Curtis then joined the Postmaster-General's Department as an Engineer on 28 November 1949 in the Lines Section. From there, he was promoted to Divisional Engineer in the Planning Section for Queensland.  In 1960 he moved back temporarily into the Lines Section to take charge of the installation of the Brisbane to Tweed Heads Cable.

He moved quickly onwards to become Head of the Planning Section where he developed the Queensland Telephone Plan, which was the first Australian State Plan. In August 1971 he was promoted to Director, Posts and Telegraphs, Queensland with responsibility for provision of all Postal and Telecommunication services in Queensland.

Jack Curtis became Telecom Australia's first Managing Director, with the initial challenge of converting the operation and culture of the new organisation from that of a public service organisation into that of a quasi-autonomous national-government organisation (Quango – a novel concept in Australia at that time), with its own Board of Directors and a vigorous approach to costs and profitability and especially to improved customer service.

Under his leadership there was considerable emphasis placed on planning, technological innovation and service provision. Telecom at that stage employed more than 2,000 engineers and was worth over $6 billion in assets.  During this period, Australian telecommunications took its first steps towards the beckoning digital future, with its new technology, new services and new working methods and conditions.  In following this path, Jack Curtis sought to ensure that the best characteristics of an Australian approach both to the provision of services and to employment conditions were preserved in this new environment

Curtis faced several major challenges during his term, of which arguably the largest two were firstly technical and secondly industrial. The first was concerned with the advent of satellite technology. Telecom had been monitoring the initial trials of satellite technology and had a good grasp of its technical capability and its costs. At that time, it was clear that satellite technology could deliver the required services (remote area telephony, data, TV etc) but the costs were such that terrestrial solutions could be provided at lower cost. Satellites had glamour and the media mounted a powerful lobby for the adoption of an Australian satellite service. However Curtis was facing heavy government pressure over the question of costs. This issue was not resolved until after he retired.

His second major challenge was over union demands for better pay and conditions. Having come from under the Commonwealth Public Service Board's influence and being of the same organisational size as the remainder of the Commonwealth Public Service, industrial matters were very sensitive because of potential flow-on effects.  Curtis recognised that the unions had some merit in their claims and was prepared to negotiate; he informed the Minister accordingly. He received instructions about the way that the demands were to be handled, which effectively prevented him from settling the conflict.

The union pressure escalated and Curtis again received ministerial instructions as to the response Telecom management should adopt. The situation reached crisis point and eventually Telecom settled. Curtis was called to a Cabinet meeting in Canberra on 10 June 1981 to explain the terms of the settlement. He informed Cabinet that he would resign if they did not support him. The Minister subsequently informed him that his 'resignation' had been accepted.

Curtis emerged from the fray with dignity and honour; he had acted openly and with good intentions throughout the whole sorry episode.

After retirement, Jack Curtis remained closely in touch with the telecommunications fraternity. He was a Commissioner of OTC and Chairman of Nortel Australia, among other activities.

Jack Curtis' sense of public duty was exemplified in the contributions he made in a wider sphere ' he was Chairman of the Expert Panel reviewing Australia's Space Program; Chairman of the Government Aircraft Factory Recovery Task Force; a Director of the Committee for the Economic Development of Australia; a founder and Councillor of the Queensland Institute of Technology; a Councillor of the Australian Administrative Staff College; and President of the Victorian Division of the Australian Institute of Management

Jack Curtis was recognised publicly for his contributions; on 31 December 1980 he was admitted as a Companion of the Order of the Bath 'for service to Australia in telecommunications'. (This is an ancient English Order established in medieval times, which lapsed and was re-established in 1725.) On 1 January 2001 he received an Australian Centenary Medal 'for service to telecommunications'.

Jack Curtis will be remembered as a distinguished leader and engineer and also as a person with a logical and clear mind, who spoke in a clear, thoughtful and measured manner with a warm personality. He was also partial to a joke.