This historic first issue of the Australian Journal of Telecommunications and the Digital Economy is dedicated to Peter Darling, one of its founding editors, who passed away on 2 October 2013. Peter was a prodigious contributor to the former Telecommunications Journal of Australia (TJA). He was famous for his gifts in writing accessible tutorial articles on quite complex new developments in telecommunications technology and regulation. This short commemorative article references nine papers that Peter authored in TJA from 2002 to 2013, and an extended interview he gave TJA's Liz Fell in the year 2000. 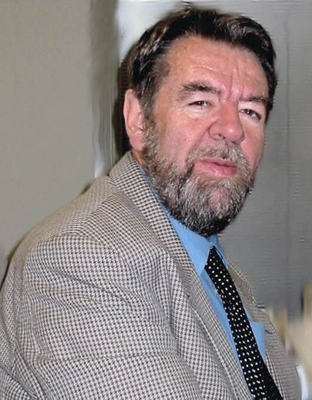 Peter Darling's death on 2 October 2013 from heart failure was a great shock to his many friends in the worldwide telecommunications industry.  Coming so close to publication of the first edition of this new Journal, for which Peter was a founding member of the Editorial Board, there has not been time yet to prepare an adequate obituary.

A commemorative event to celebrate Peter's life and career will be held in Melbourne on Monday 25 November.

Much of Peter's earlier career, up until May 2000, was captured by Liz Fell in an interview she published in the Telecommunications Journal of Australia (TJA) in that year (Fell 2000).

The following bibliography may be incomplete, but it includes the many articles he authored between year 2000 and his untimely death in 2013.

A. Publications in TJA online

B. Publications in TJA print editions