Radio telephone surveying at the end of World War 2 was physically challenging, as well as technically demanding. The historic paper describes the extraordinary challenges faced by technical and lines personnel conducting propagation measurements for a radio telephone link from Victoria to Tasmania between 1947 and 1949.

The propagation principles of point-to-point radio telecommunications have been long understood; however the environmental effects in new uncharted locations were difficult to quantify without field measurements.

Fast forward to today and modern software design tools, accurate terrain feature and climate databases, as well as years of transmission design experience, have almost eliminated the need for field surveys. Today?s equipment also contains features such as adaptive modulation that can reduce the effects of extreme environmental conditions on transmission quality.

The historic paper (Moriarty 1949) describes the need to establish a new radio telephone link to Tasmania to provide diversity from the existing submarine cable laid in 1935, given the back-up radio link from Tanybryn to King Island and then to Stanley had variable quality.  A theoretical two-hop path which could provide a more reliable circuit was identified, from Wilsons Promontory to Flinders Island, and then to Launceston.

The field survey had to identify suitable repeater sites with elevations to meet the theoretical design requirements. They then undertook propagation measurements over a period of time to ensure performance was acceptable in a variety of environmental conditions that can cause degradation, for example through ducting and refraction.

The survey party had to cut their own track through thick scrub up to Mt Oberon from the lighthouse track on Wilsons Promontory. They carried their equipment by pack horses (or 4WDs where rough roads existed), then on their backs up to the chosen sites. The party had to rig VHF antennas on long poles and sleep in A-frame army tents in the scrub. On Flinders Island, the site at Walkers Lookout was so windy that the party also had to fabricate a wind break around their tents.

Their perseverance paid off and the survey collected a number of successful recordings which confirmed that the live performance was more than satisfactory and matched the theoretical design. The tests also proved that if two frequencies (58Mhz and 158Mhz) were used for diversity, they would all but eliminate the effects of deep fades. The historic paper provides a number of interesting photographs, path profiles, calculated and measured field strengths, receiver input voltages and copies of receiver chart recordings.

The paper concludes with acknowledgement of the personnel involved, including Mr. A Irving and his lines staff at Foster who cut the track to Mt Oberon and Mr H Ternes and his staff from the Research Labs who manned the equipment in rough conditions in very remote locations. 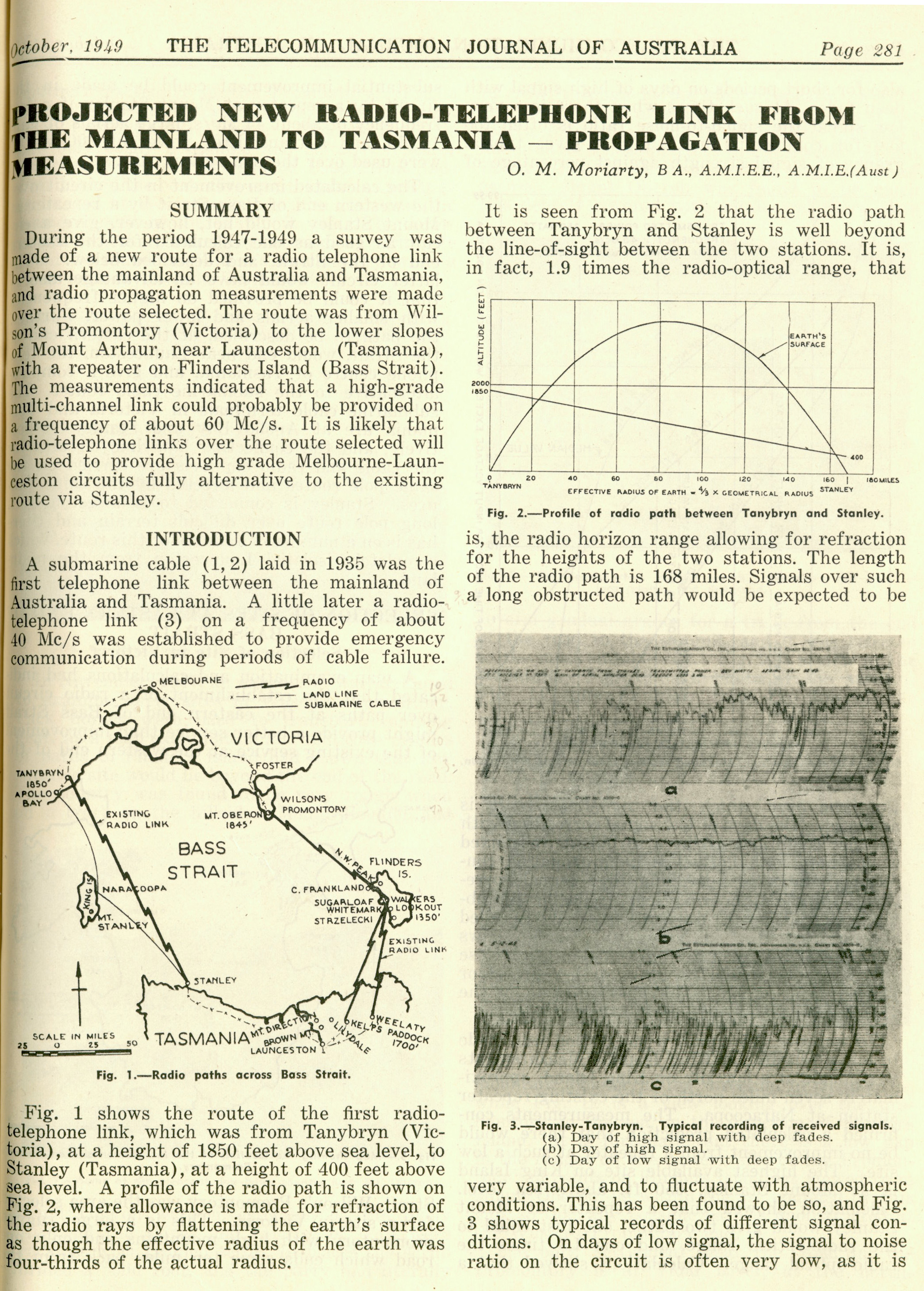 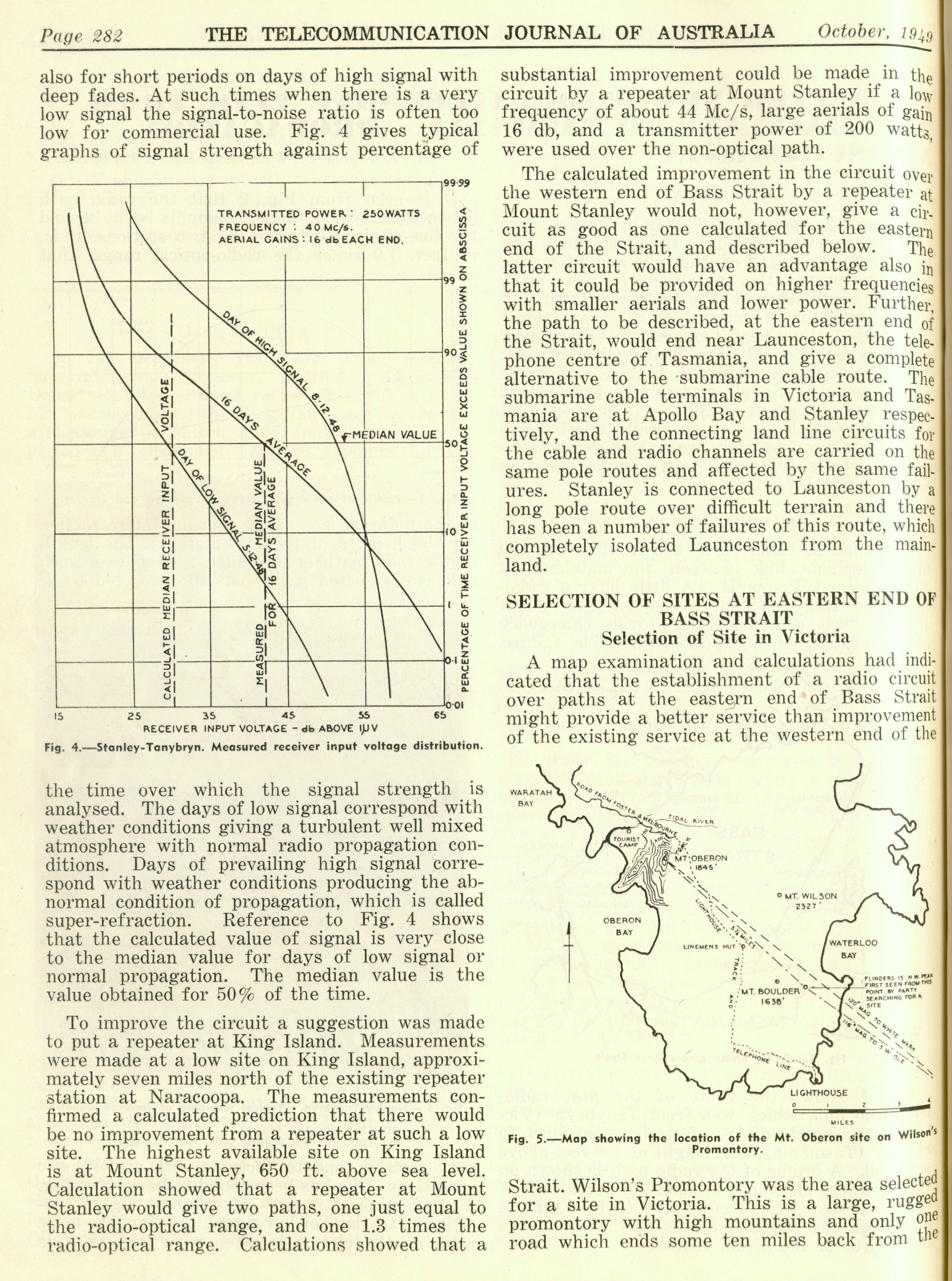 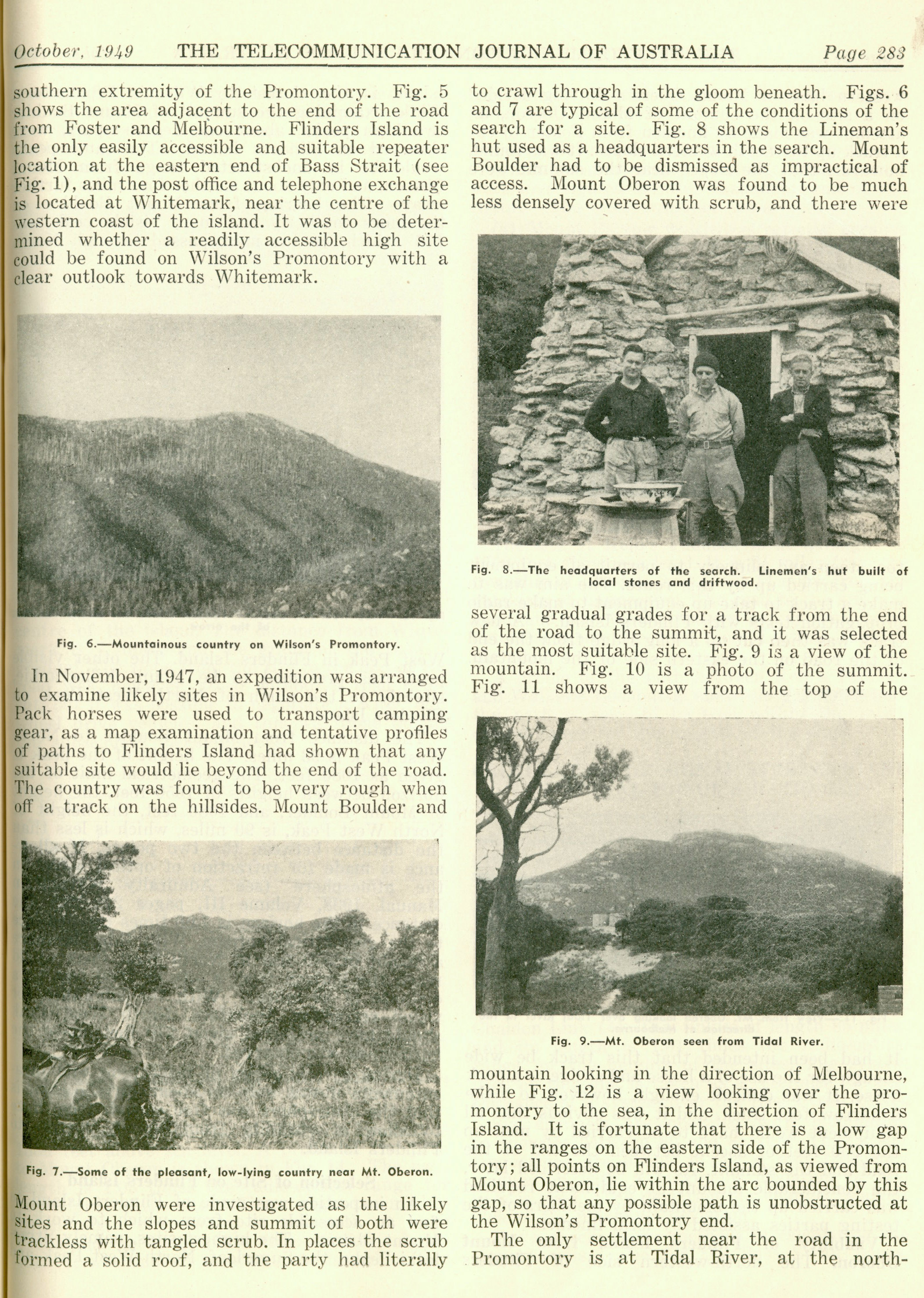 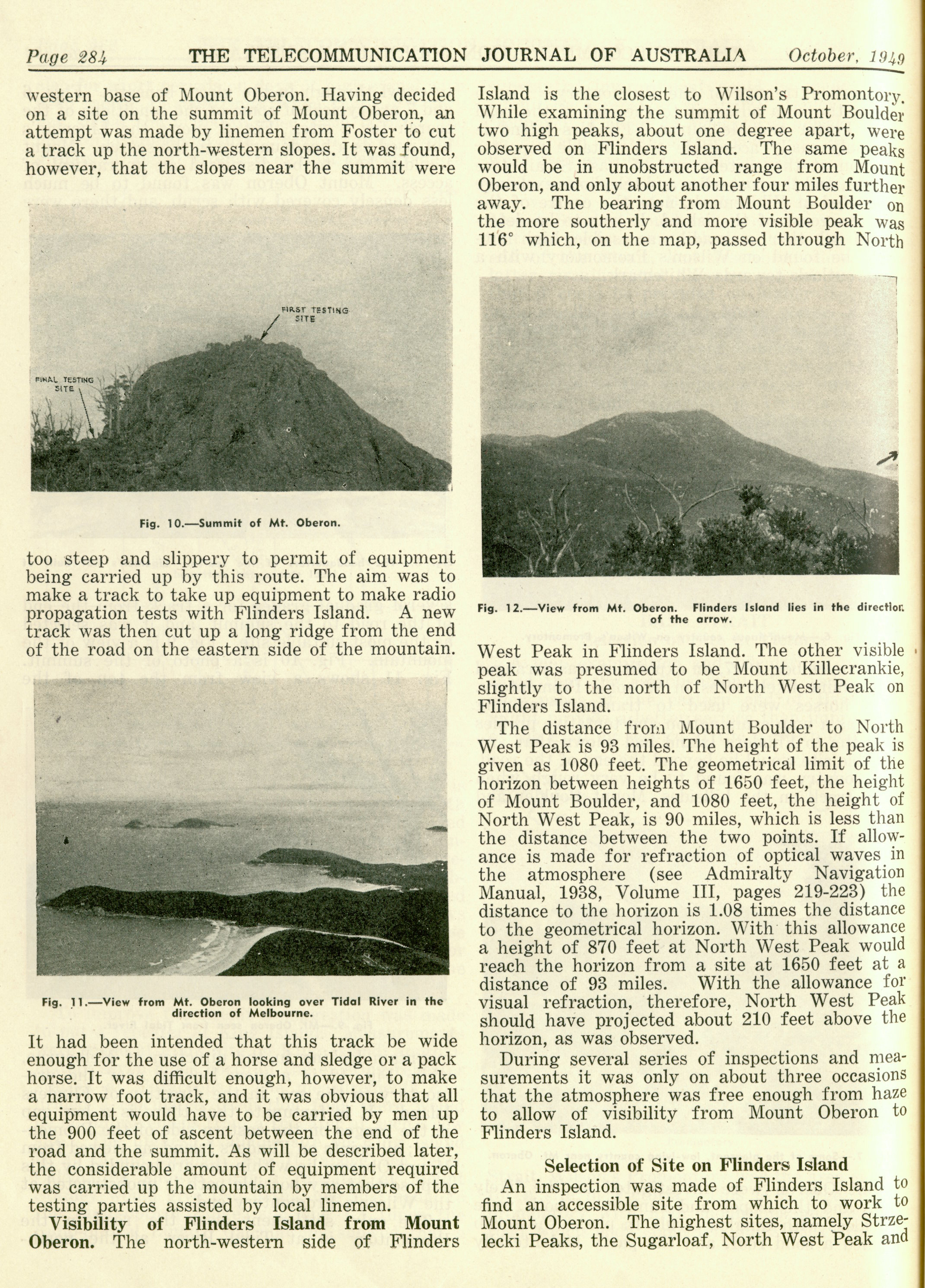 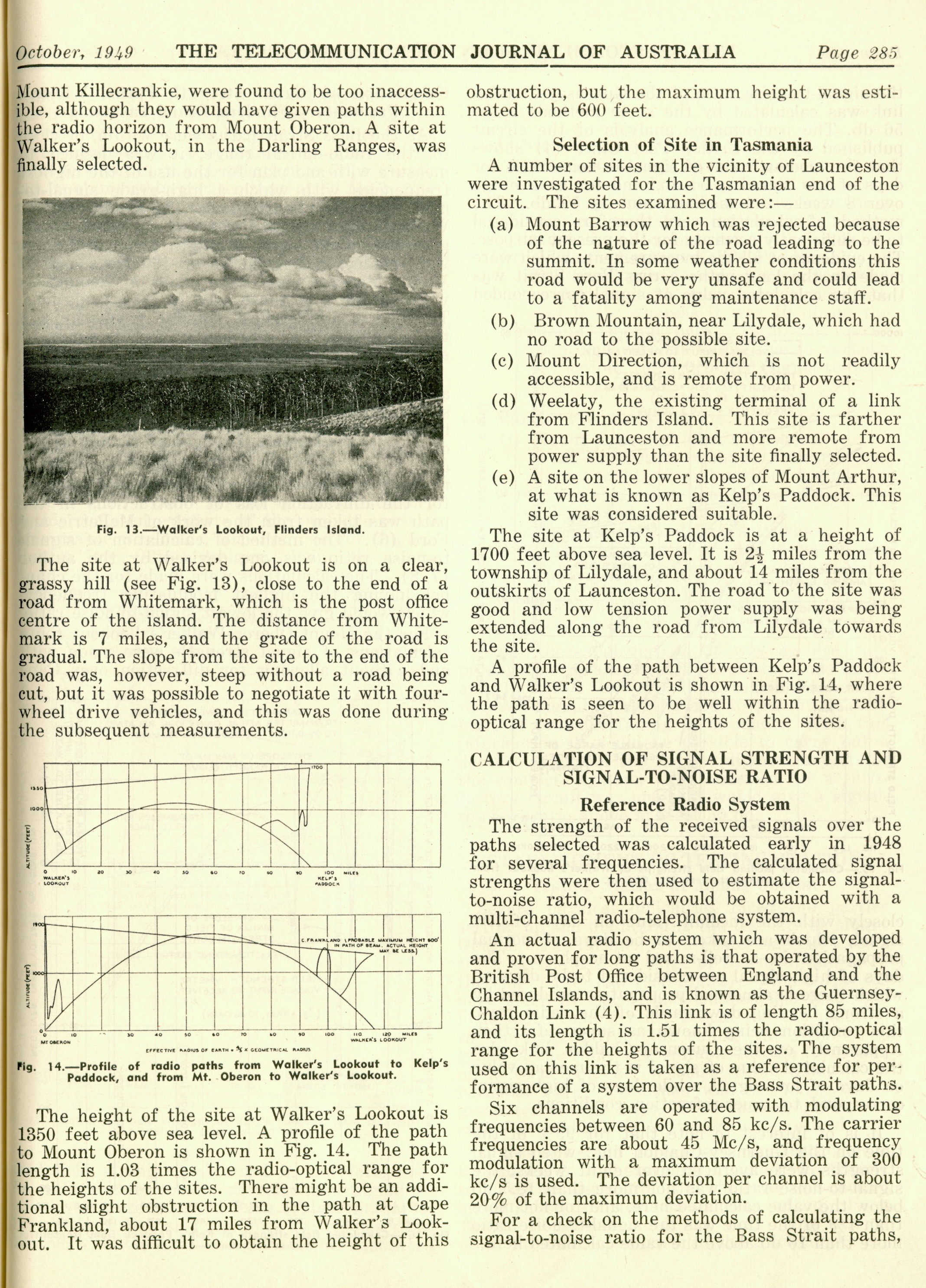 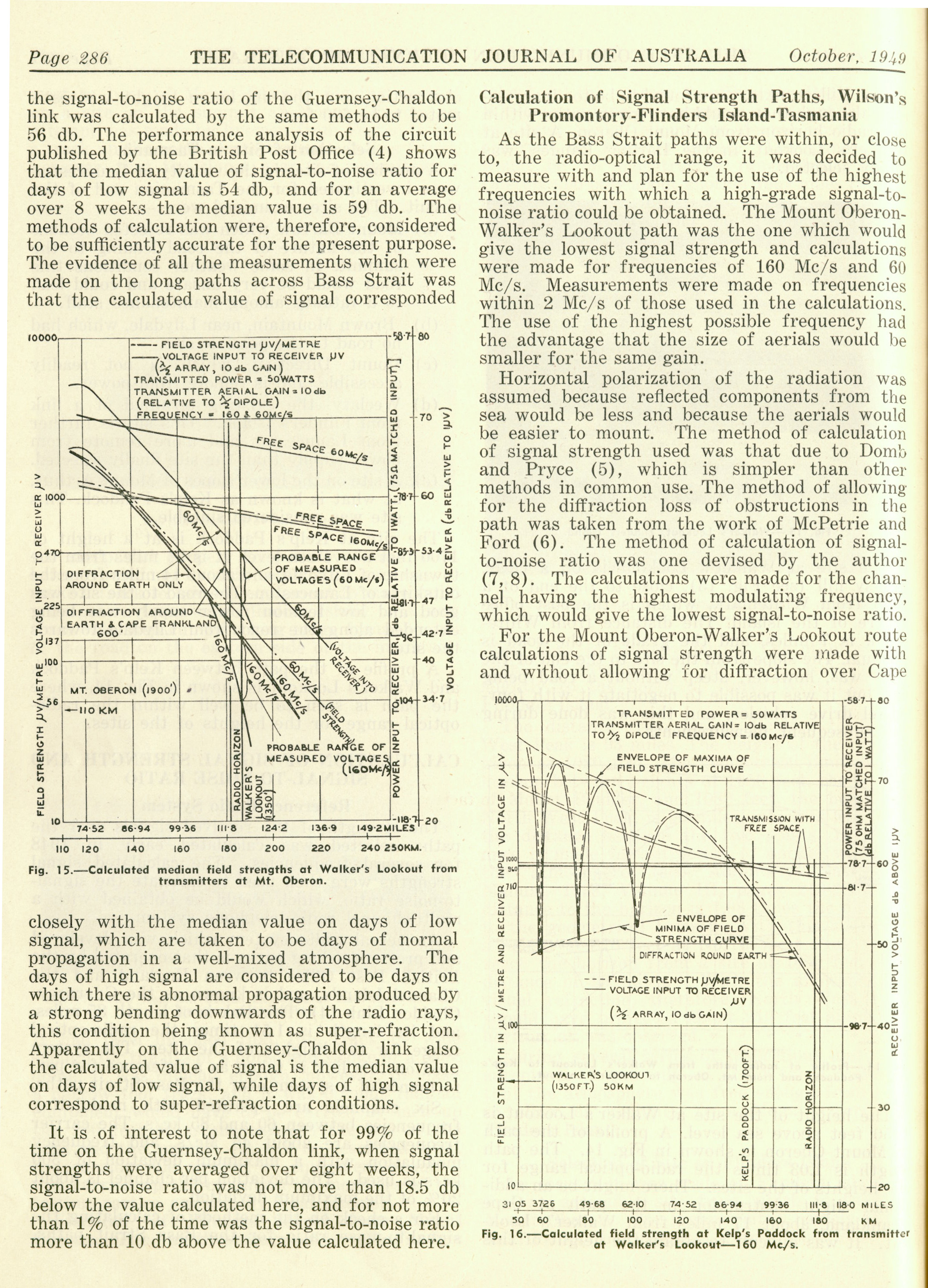 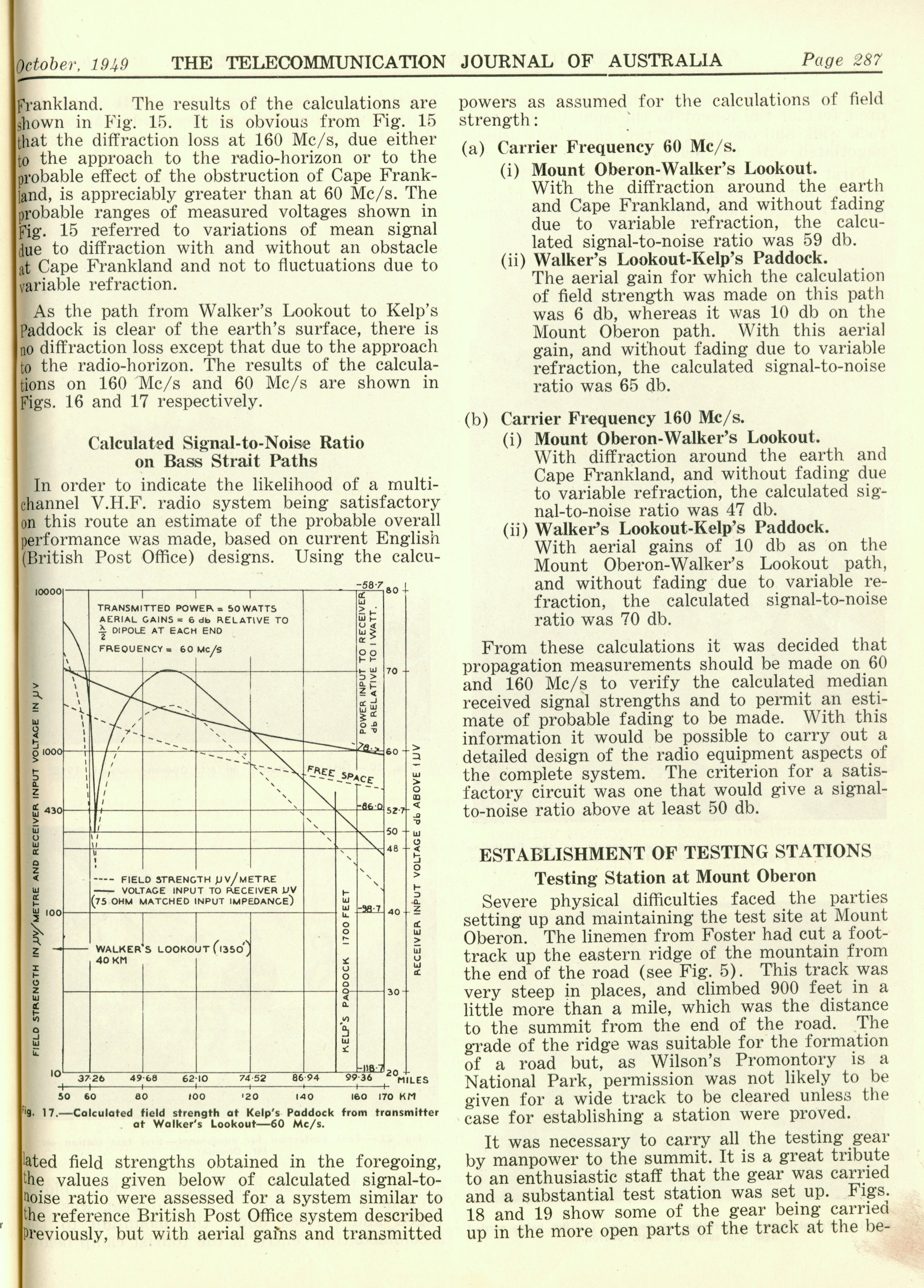 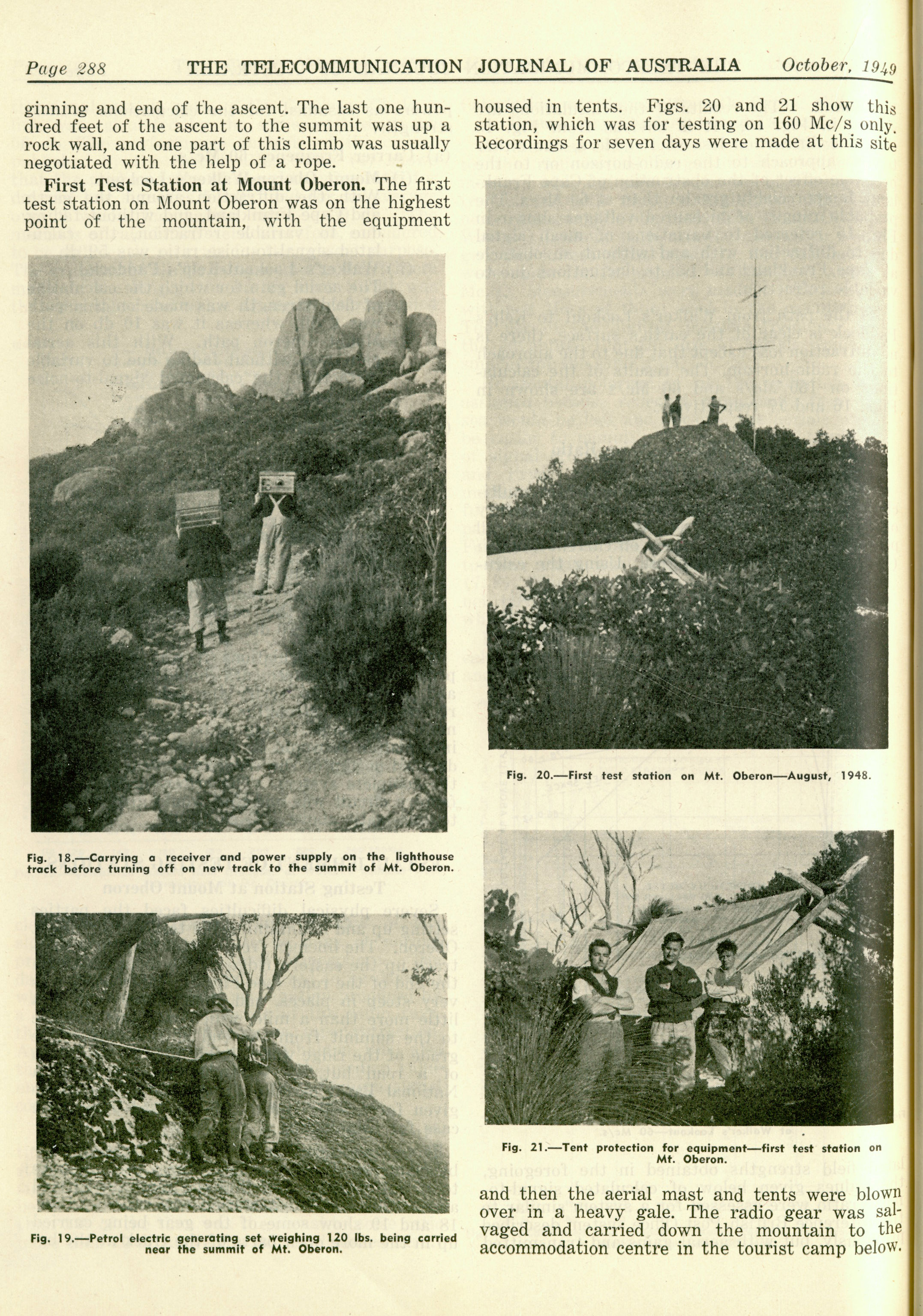 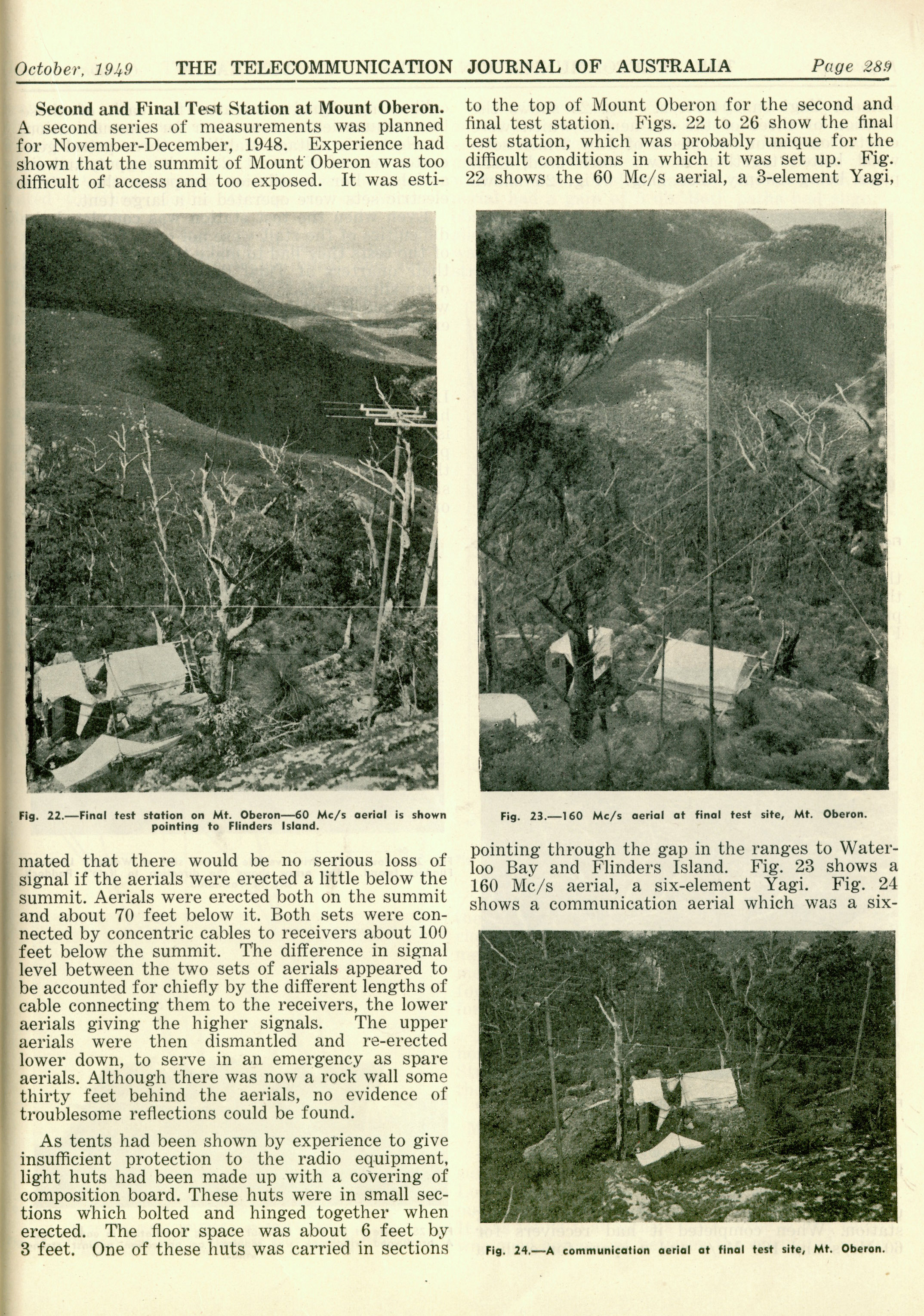 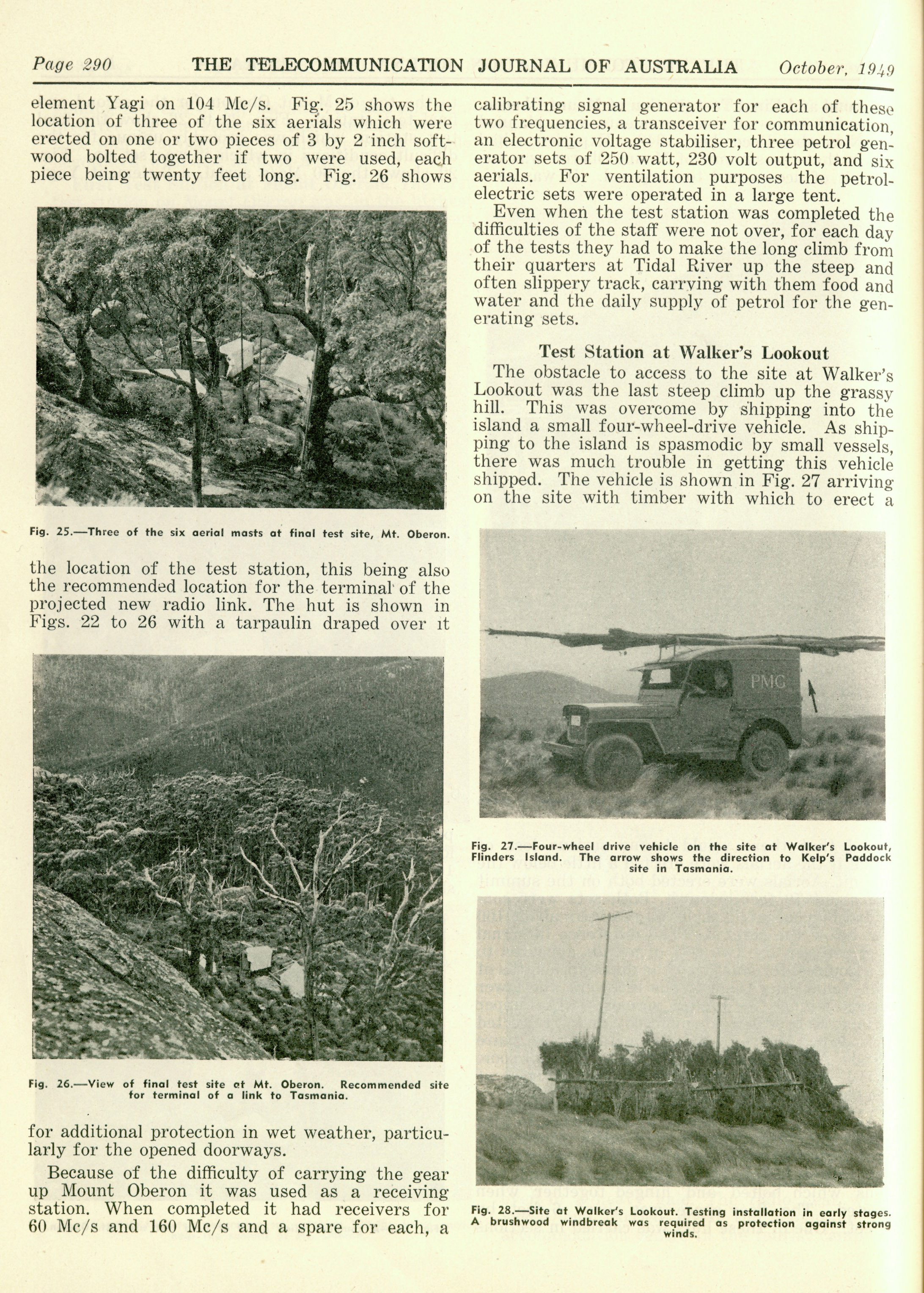 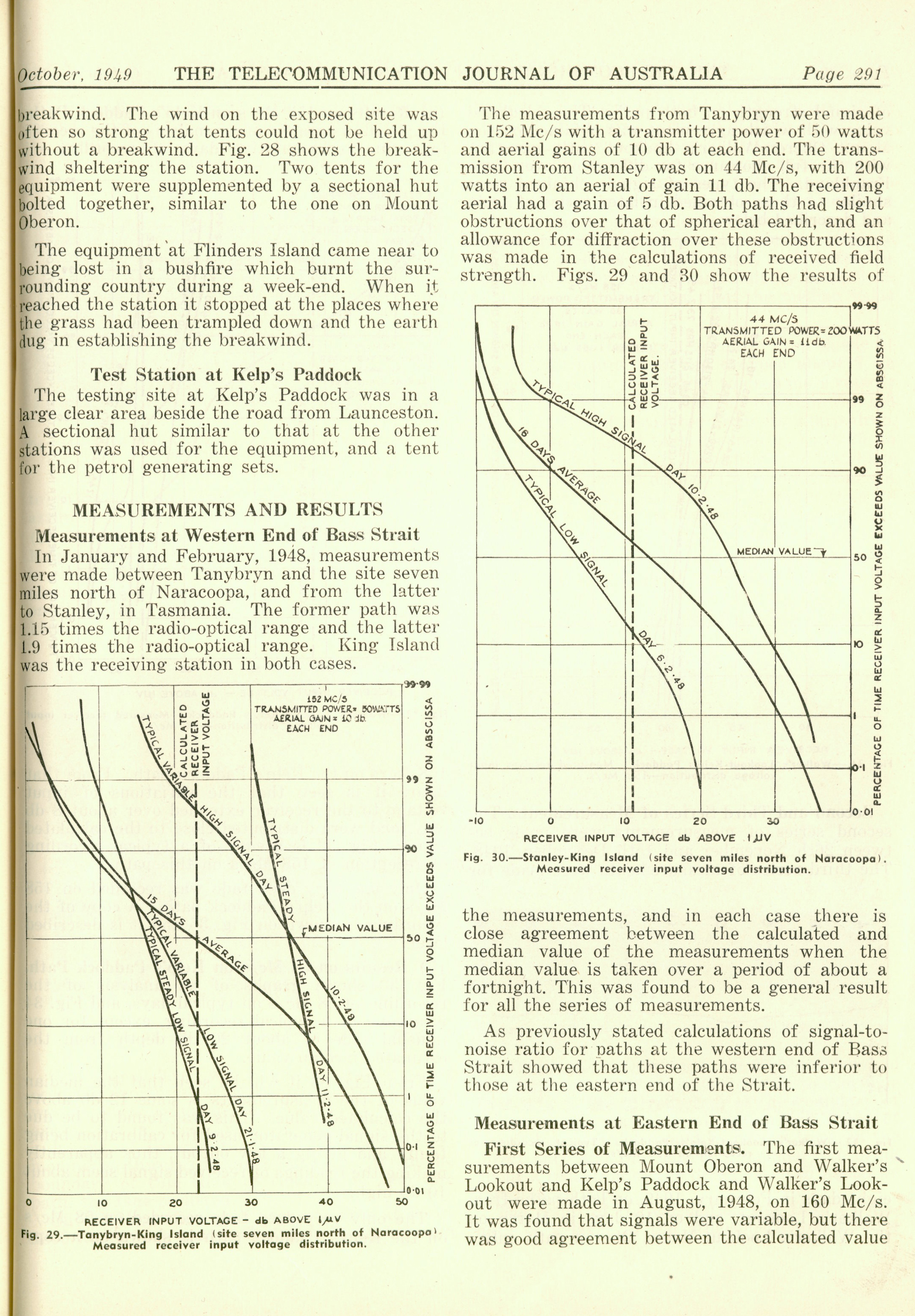 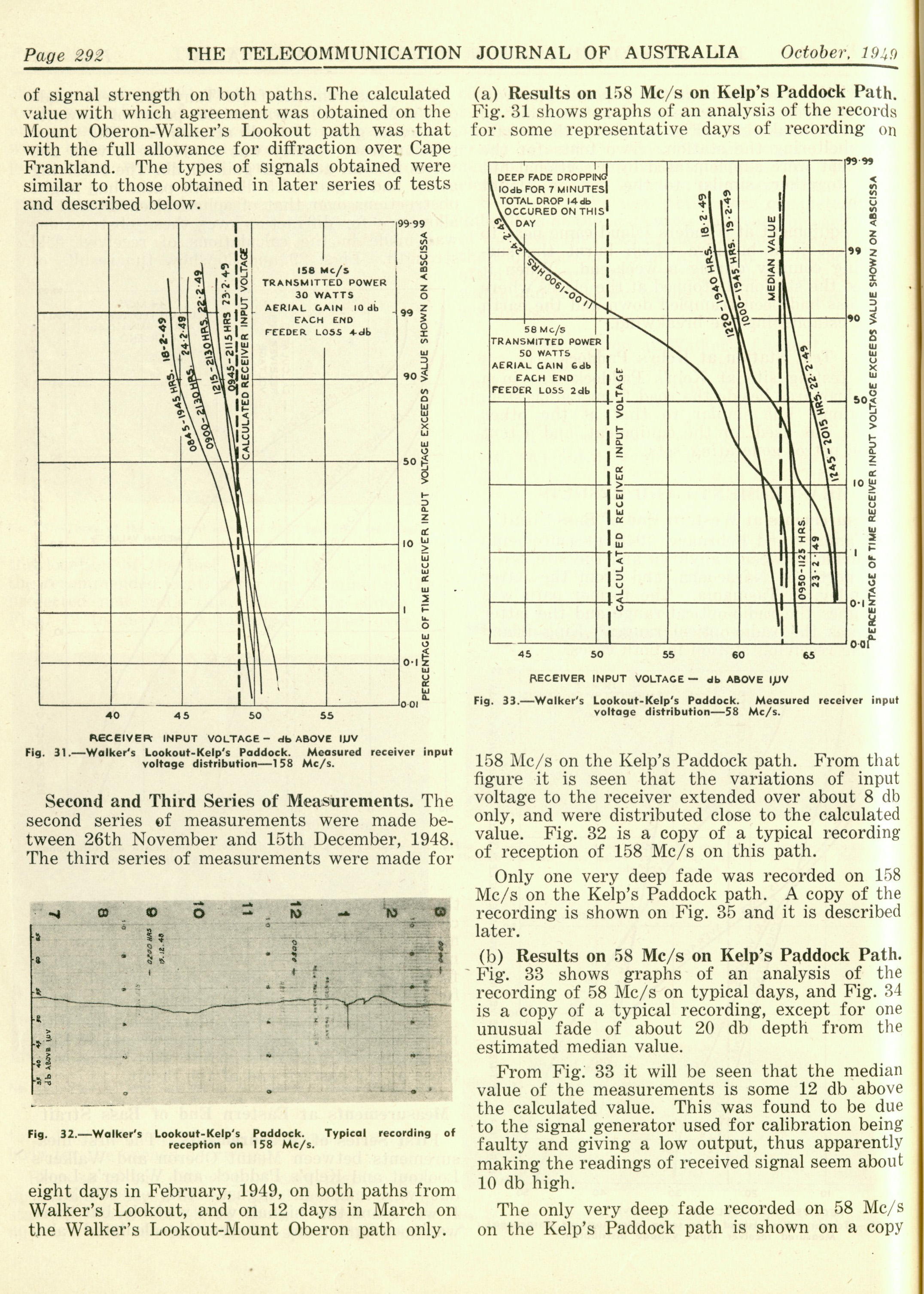 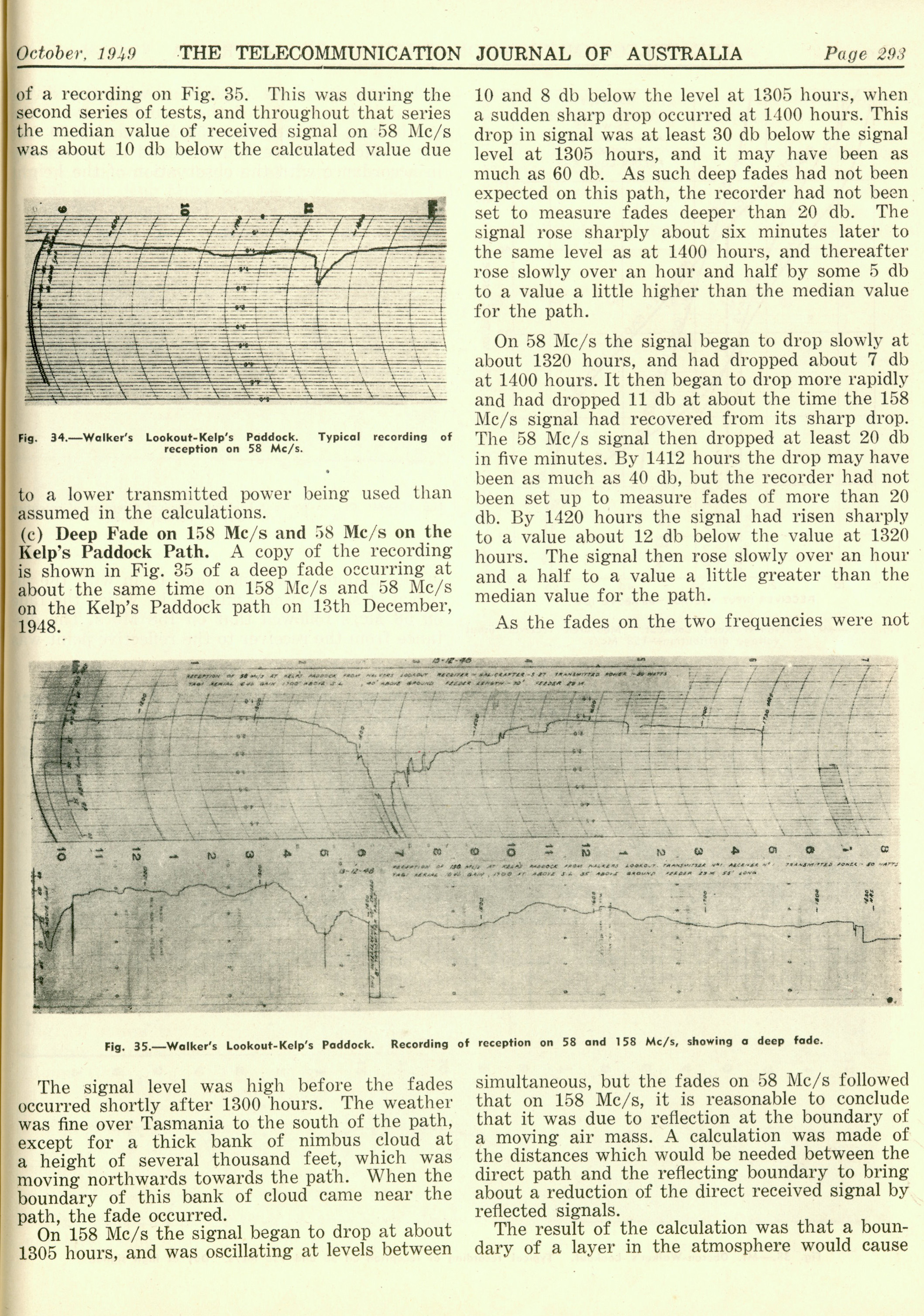 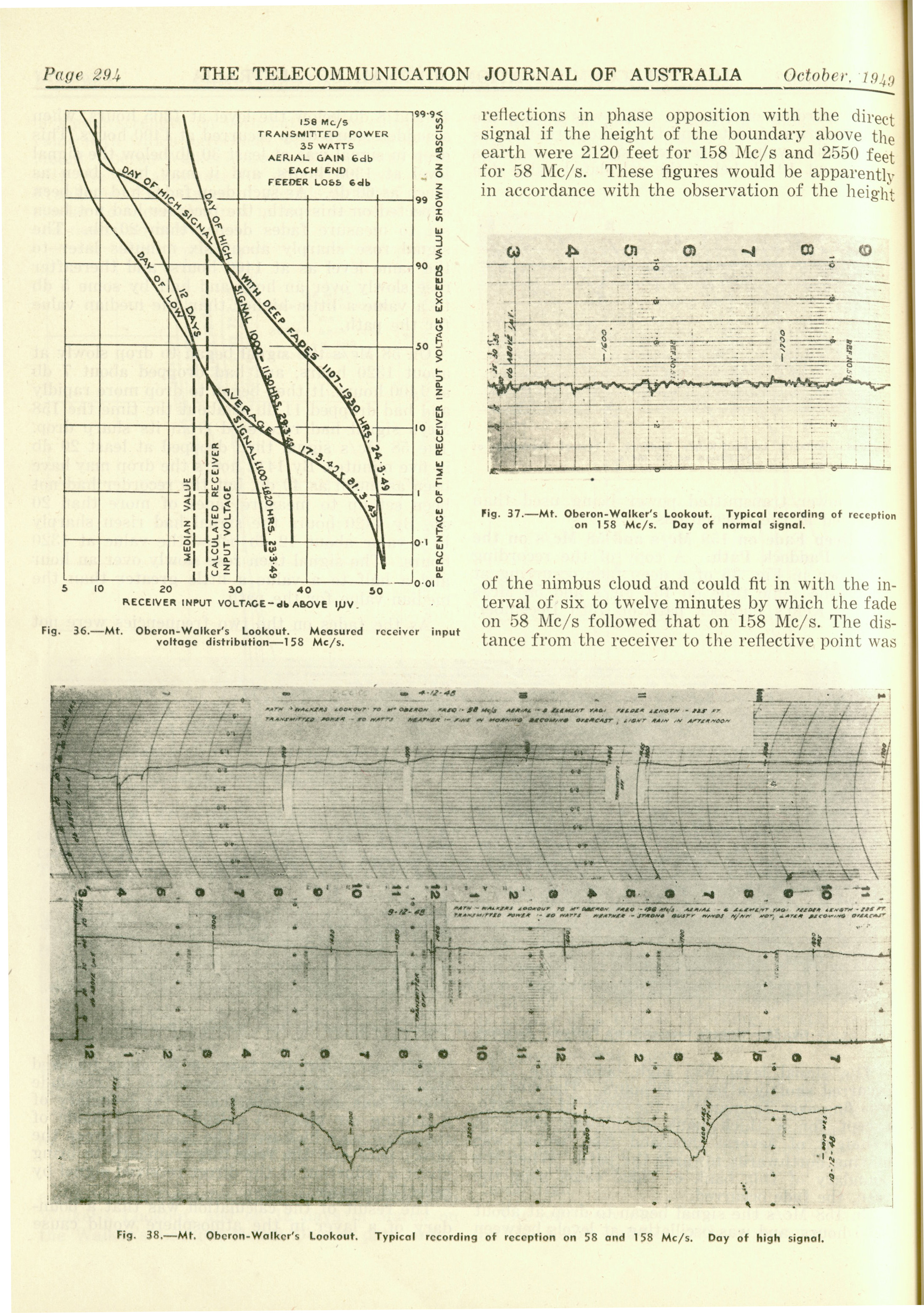 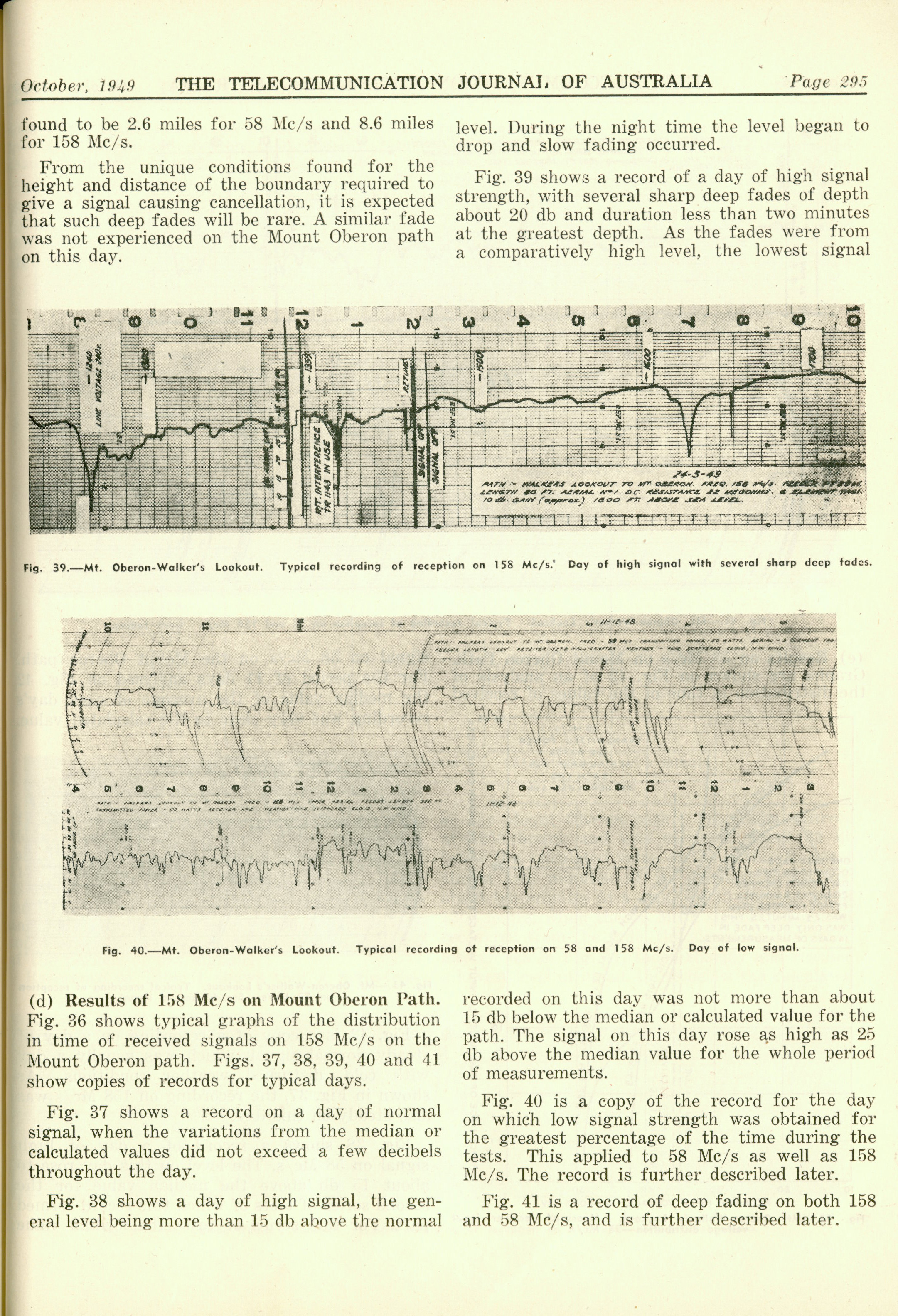 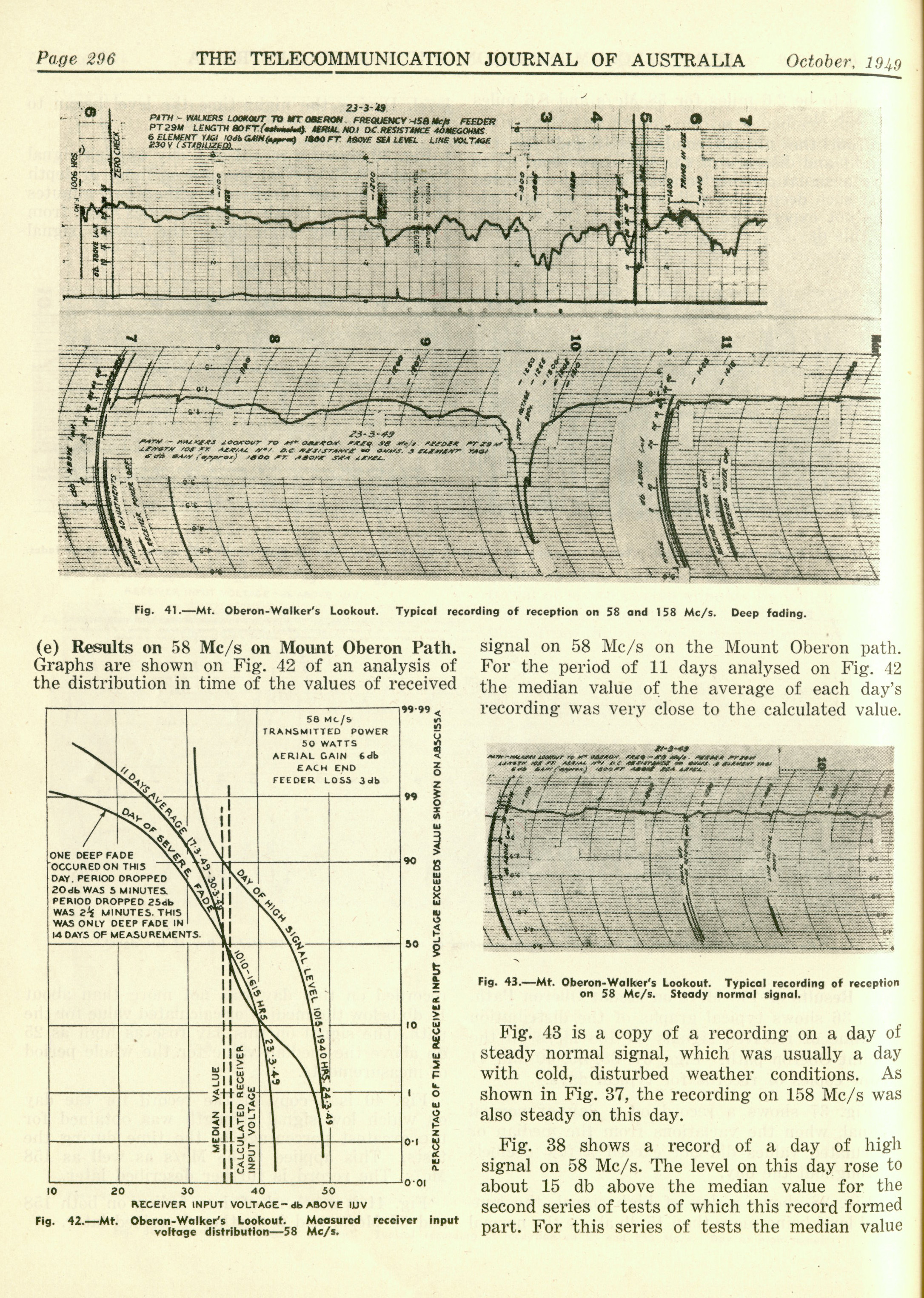 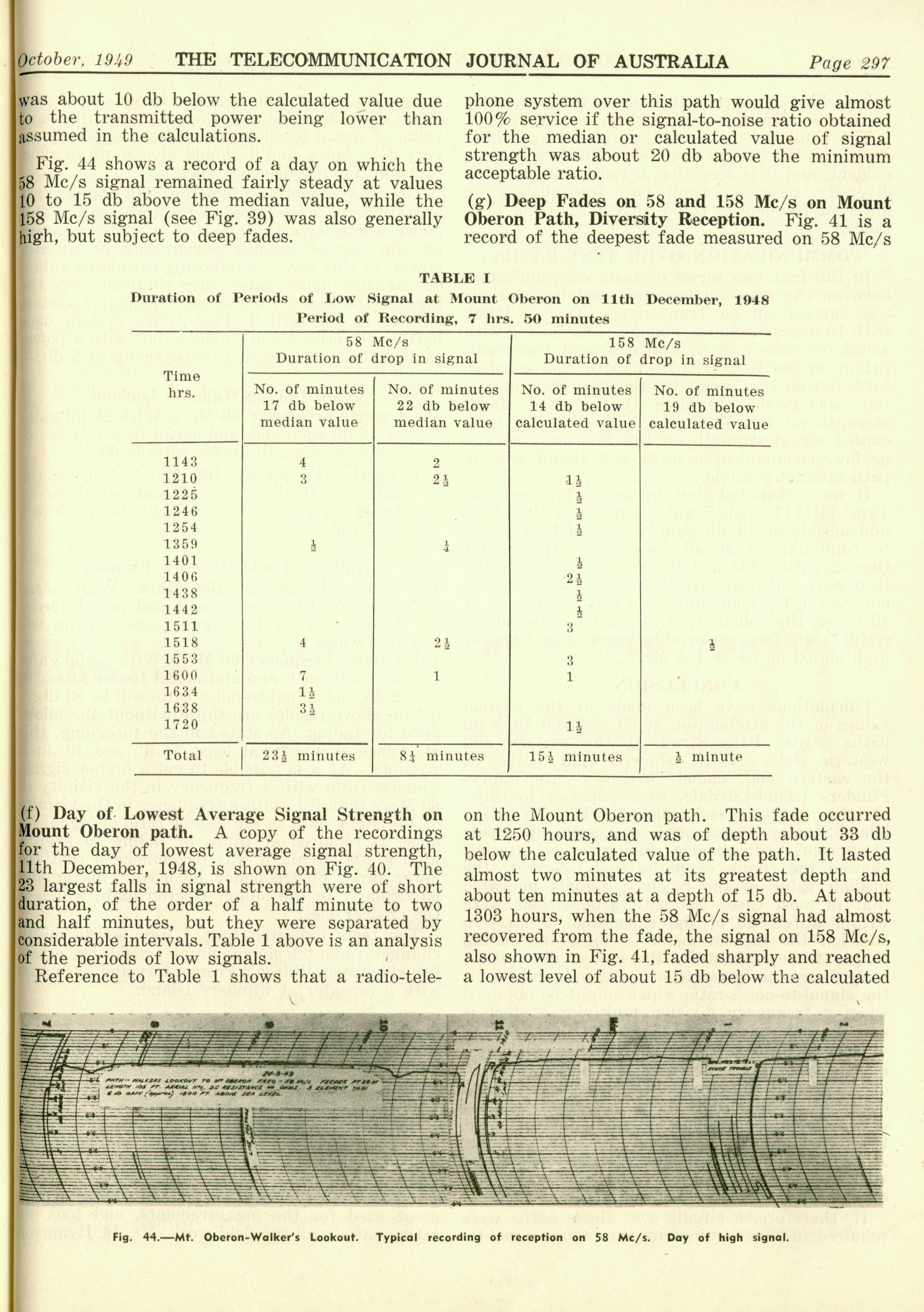 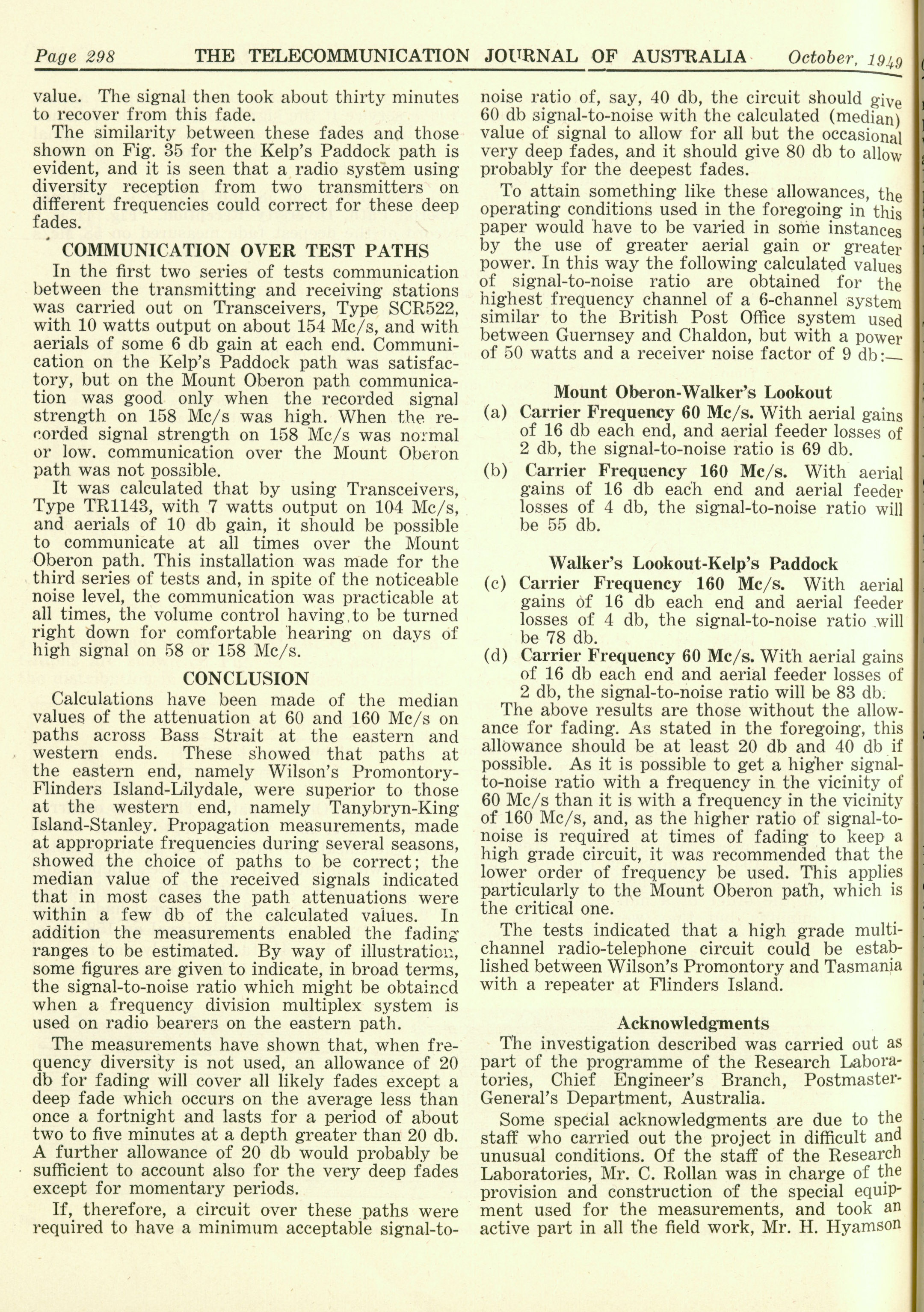 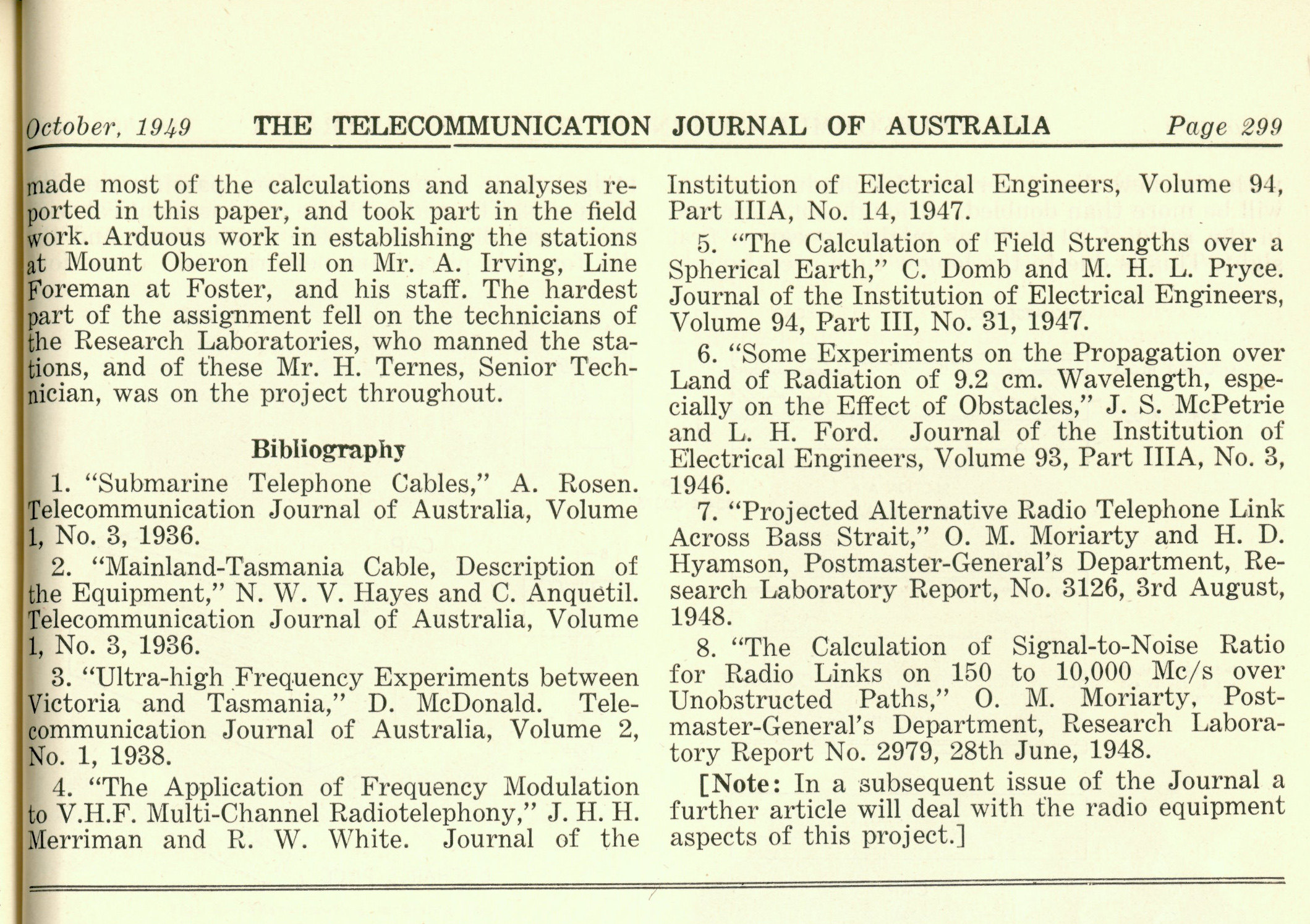