A paper from 1936 exploring the effects of electrification of country Tasmania and the increasing interference to telecommunication circuits by high voltage power lines installed in close proximity.

Optical fibre is ubiquitous in the Australian telecommunications network. One significant advantage is its immunity from electromagnetic interference due to the utilisation of light for the transmission of information, instead of electrical current.

Optical fibre is a relatively new technology, with commercial systems being pioneered in the 1980?s.  Telecommunication networks over the previous century had to rely on cables and wires to transmit information via electrical currents.  Electromagnetic interference can generate noise in these conductors, particularly in proximity to high voltage alternating current power lines.

This interference would not have happened if direct current had been utilised for power reticulation, however by the turn of the twentieth century the world had standardised on alternating current.  The contest between alternating and direct current for power distribution is well documented, suffice to say that alternating current was more cost effective, except in special applications such as the Basslink high voltage connection between Victoria and Tasmania.

It is often forgotten that telegraphic communication networks pre-dated electrical power networks in Australia by several decades.  Both networks tended to follow the same easements along roads and railways and as the power line voltages increased, so did the electromagnetic interference.

The historic paper (Finlay, 1936) details a study undertaken in Tasmania between the Postmaster General?s Department and the Hydro-Electric Commission into minimising electromagnetic interference by coordinating the network roll-out planning between the two organisations.

The first half of the paper discusses the underlying principles in dealing with interference problems and gives examples of their application in practice. The second half focusses on the coordination of power and telephone systems and the practical field trial results.

The nature of power distribution networks is such that you can control interference from long runs of balanced three phase circuits using transposition; however in unbalanced spur lines, the interference can induce high residual voltages causing noise in telephone circuits that is difficult to control without coordination.

The paper concludes that great value can be achieved by coordinating the roll-out of power and telephone systems. In Tasmania, a Joint Committee of Engineers representing the Postmaster General?s Department and the Hydro-Electric Commission was created to consider improvements to existing layouts and new construction proposals.

While researching this paper, I discovered a previous reader?s hand written notes which neatly summarised the main conclusions. A copy of these notes has been included at the end of the historic paper for curiosity sake. 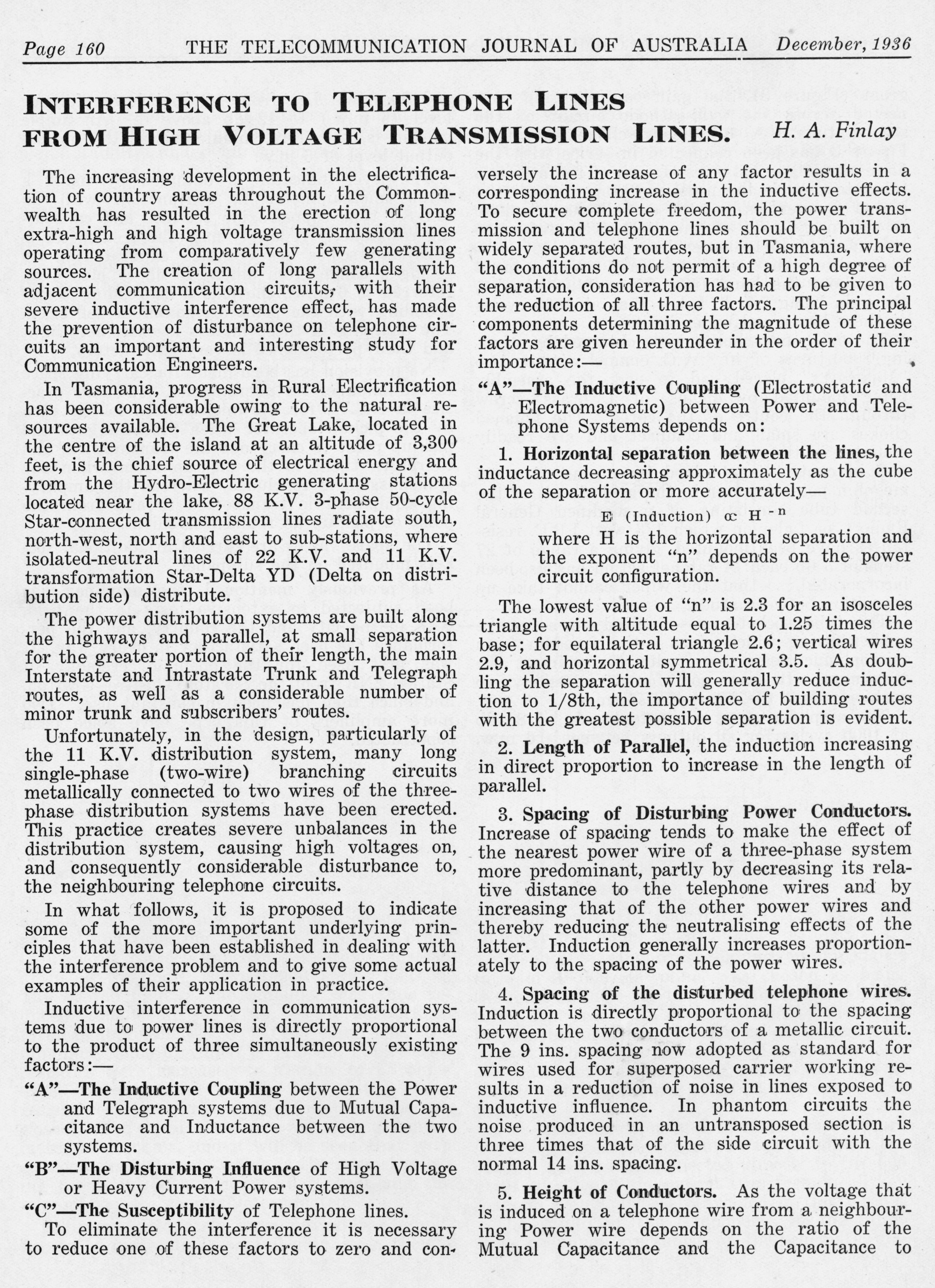 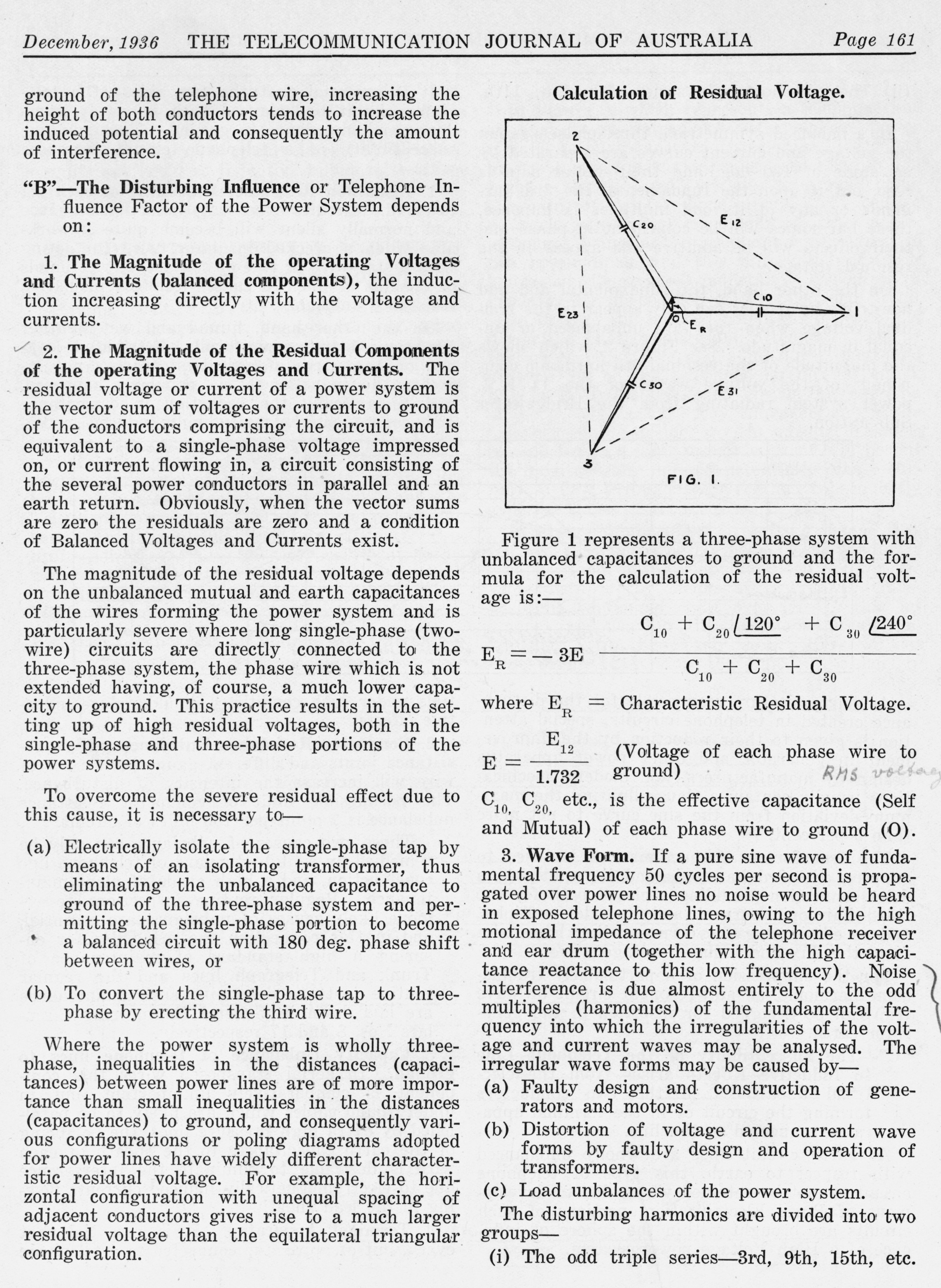 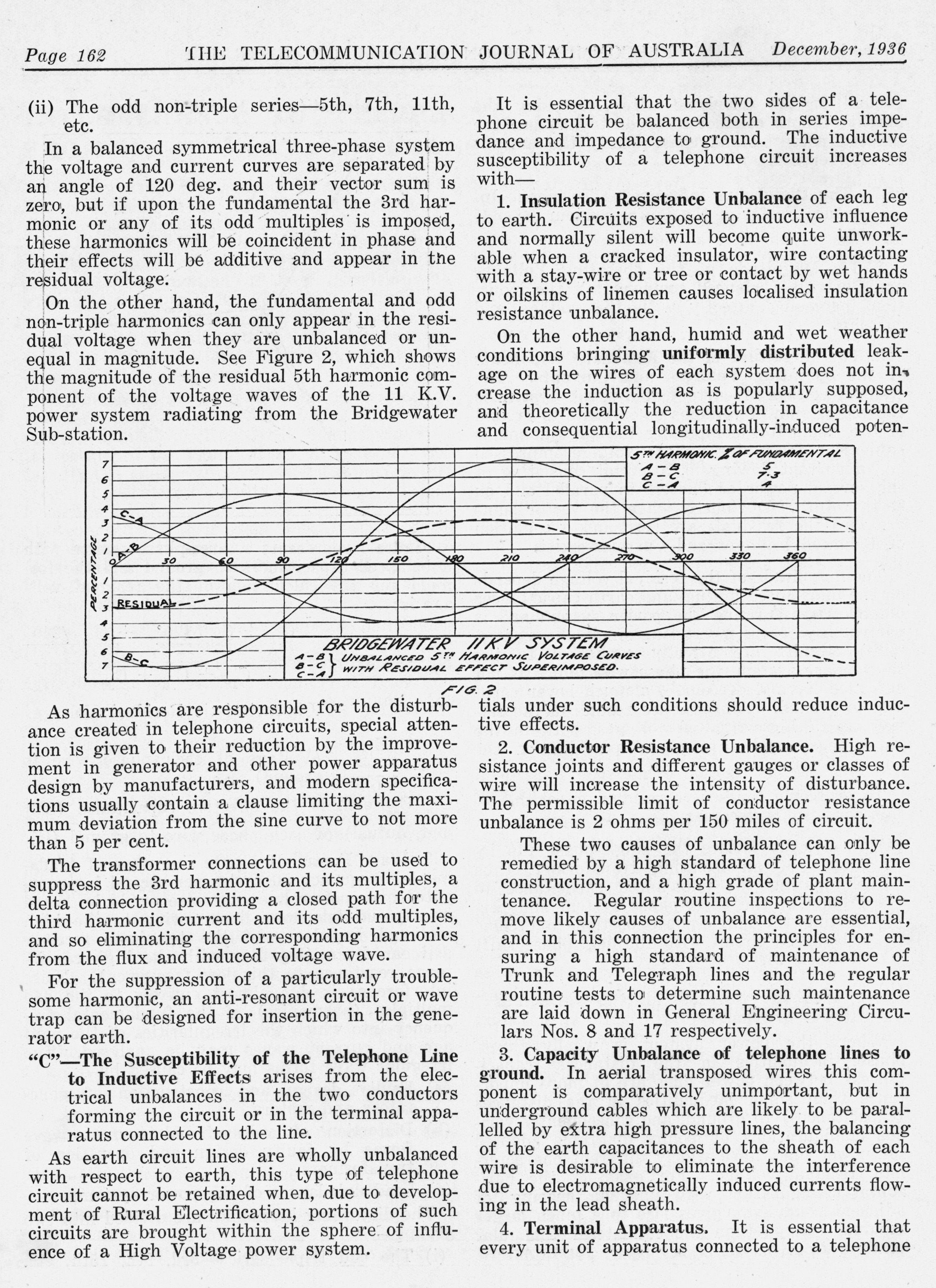 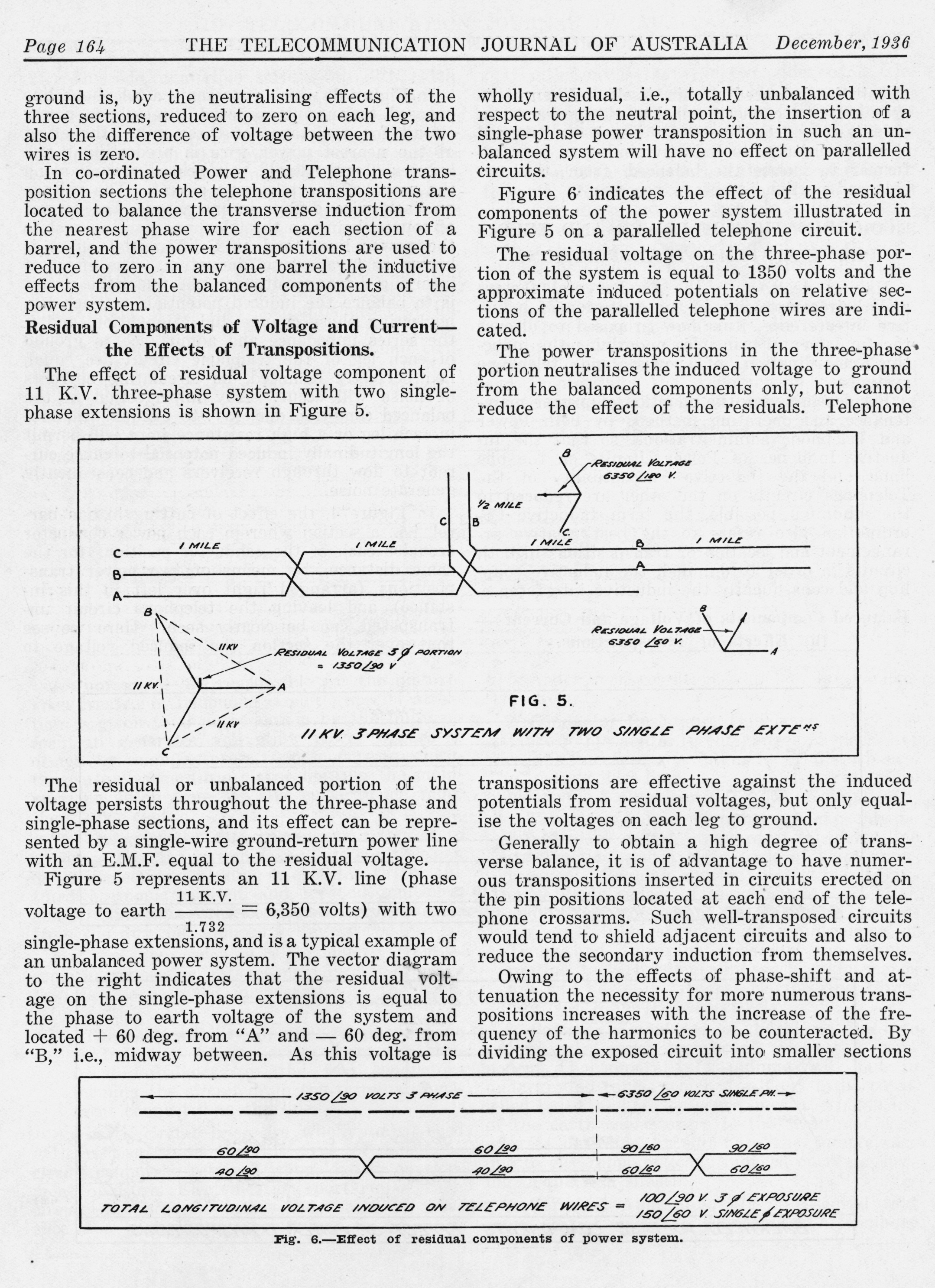 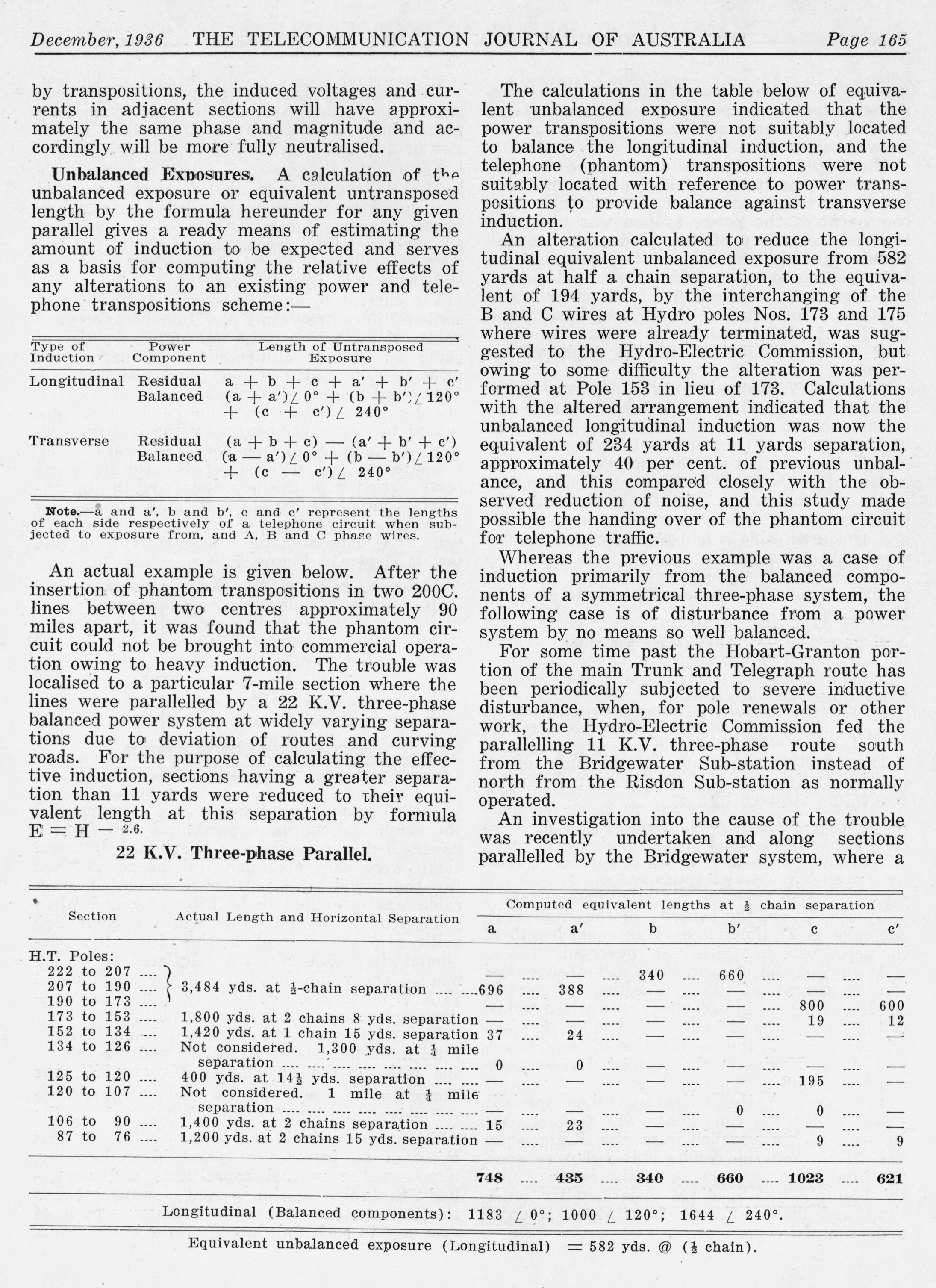 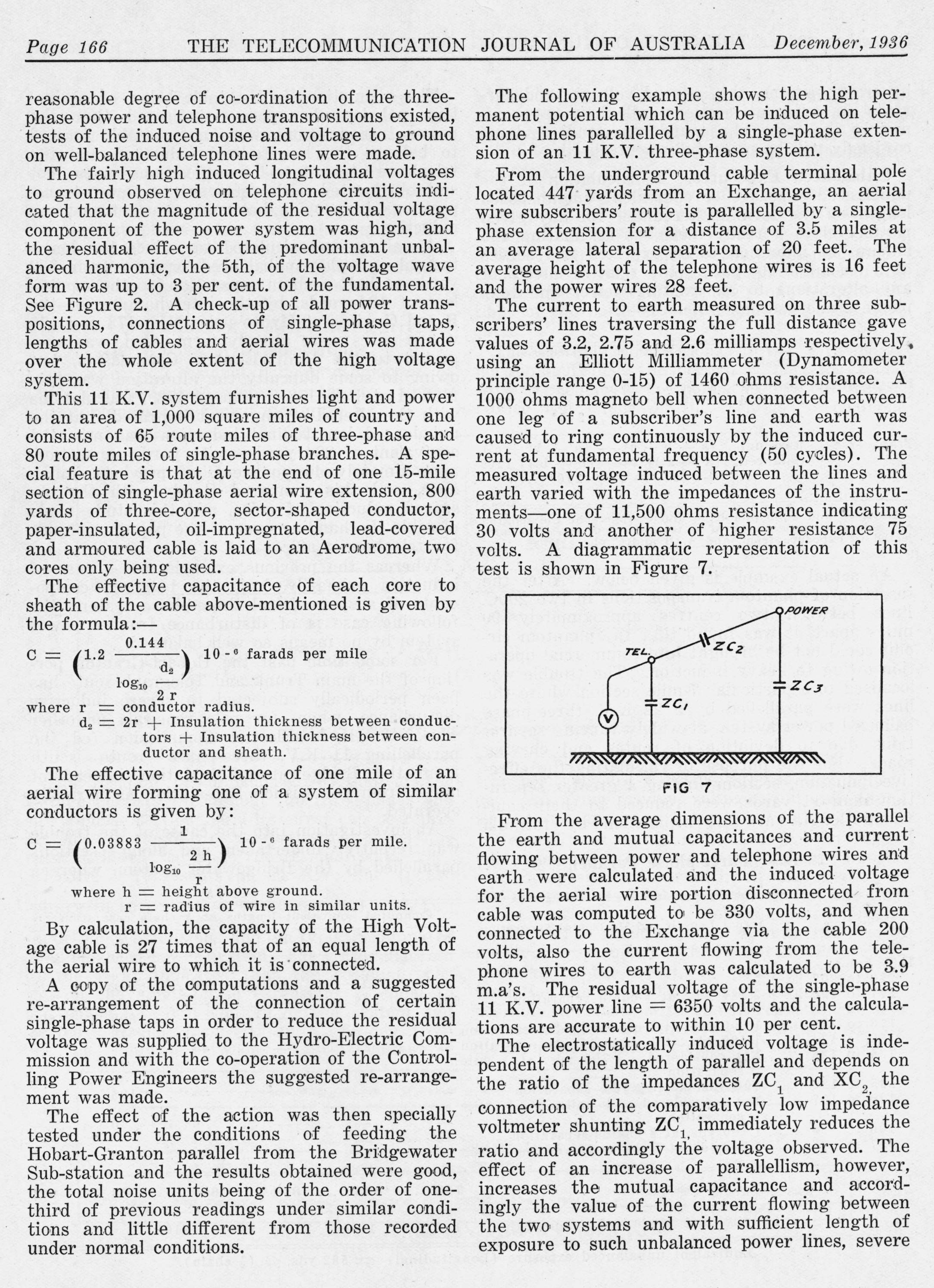 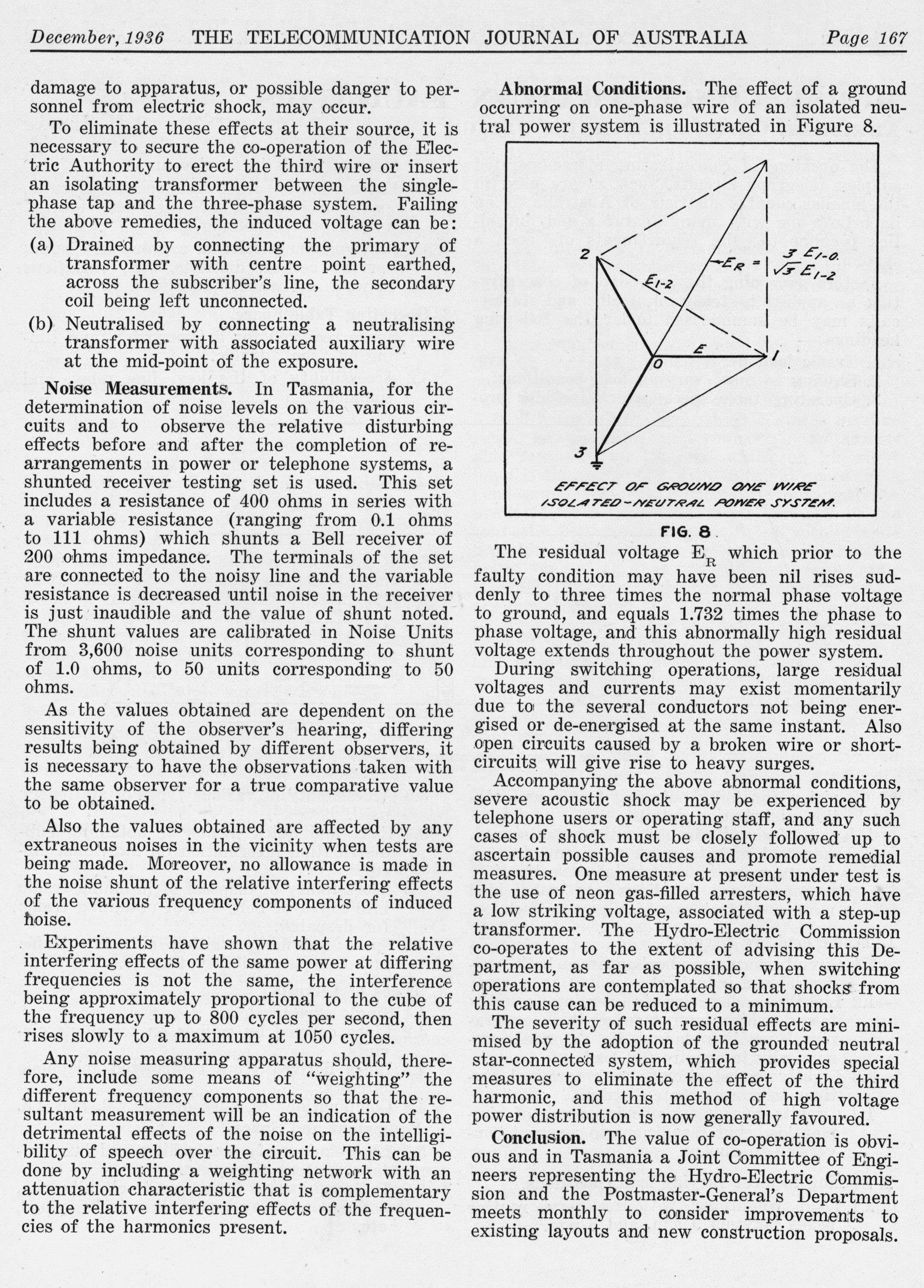