A historic paper from the Journal in 1961 summarising the investigation and selection of Crossbar Switching Equipment for the Australian Telephone Network.

Around the end of 1959, the Australian Post Office (APO, later split into Telecom Australia and Australia Post) made the decision to standardise on the L M Ericsson register-controlled crossbar switching system for the Australian Telephone Network. This was a controversial decision given the entrenched position of step-by-step equipment with its British heritage. The historic paper (Banks E. R. 1961) details the rigorous investigations over the previous three years to identify the type of switching system best suited to the requirements for economic and efficient expansion of the Australian Telephone Network.

It is evident to the reader that the APO were extremely thorough in their investigations and mindful of the need to accommodate a trebling of the subscriber numbers in the next twenty years. Similarly, the equipment needed to support future subscriber trunk dialling and the separation of routing and dialling for increased efficiency.

A number of key requirements were identified and used to rank the switching system alternatives. Taking all these requirements into consideration, it was clear that the most desirable switching system for use in the Australian network was a link-trunked crossbar system. The crossbar system was fully developed and tried in local, rural and trunk transit applications and worked successfully with step-by-step networks. Of the systems on offer, the L M Ericsson register-controlled crossbar equipment was chosen as most nearly fulfilling the requirements.

Initially, the Ericsson crossbar switches were manufactured under licence by STC and TEI in Australia, who were supplying the step-by-step equipment at that time. In 1960, Ericsson purchased Trimax Transformers Pty Ltd, which was renamed L M Ericsson Pty Ltd (Ericsson Australia) in 1963. Soon after, a new production plant was built by Ericsson at Broadmeadows in Victoria (Spongberg, C. A. 1967) and was the subject of a previous historic paper in this Journal (Moorhead S. 2015), which resulted in Ericsson capturing one third of the market for public telephone exchanges in Australia. 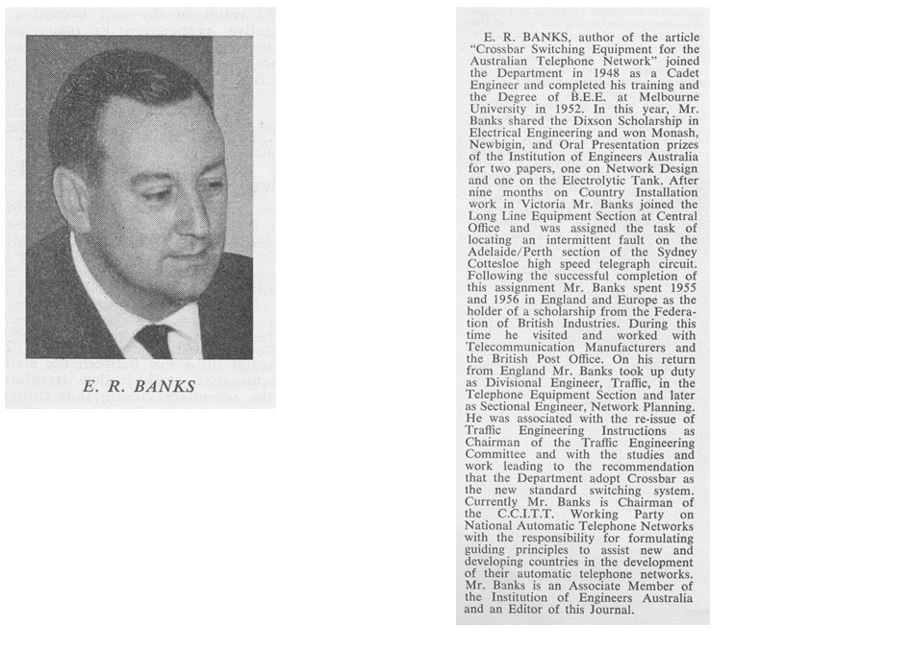 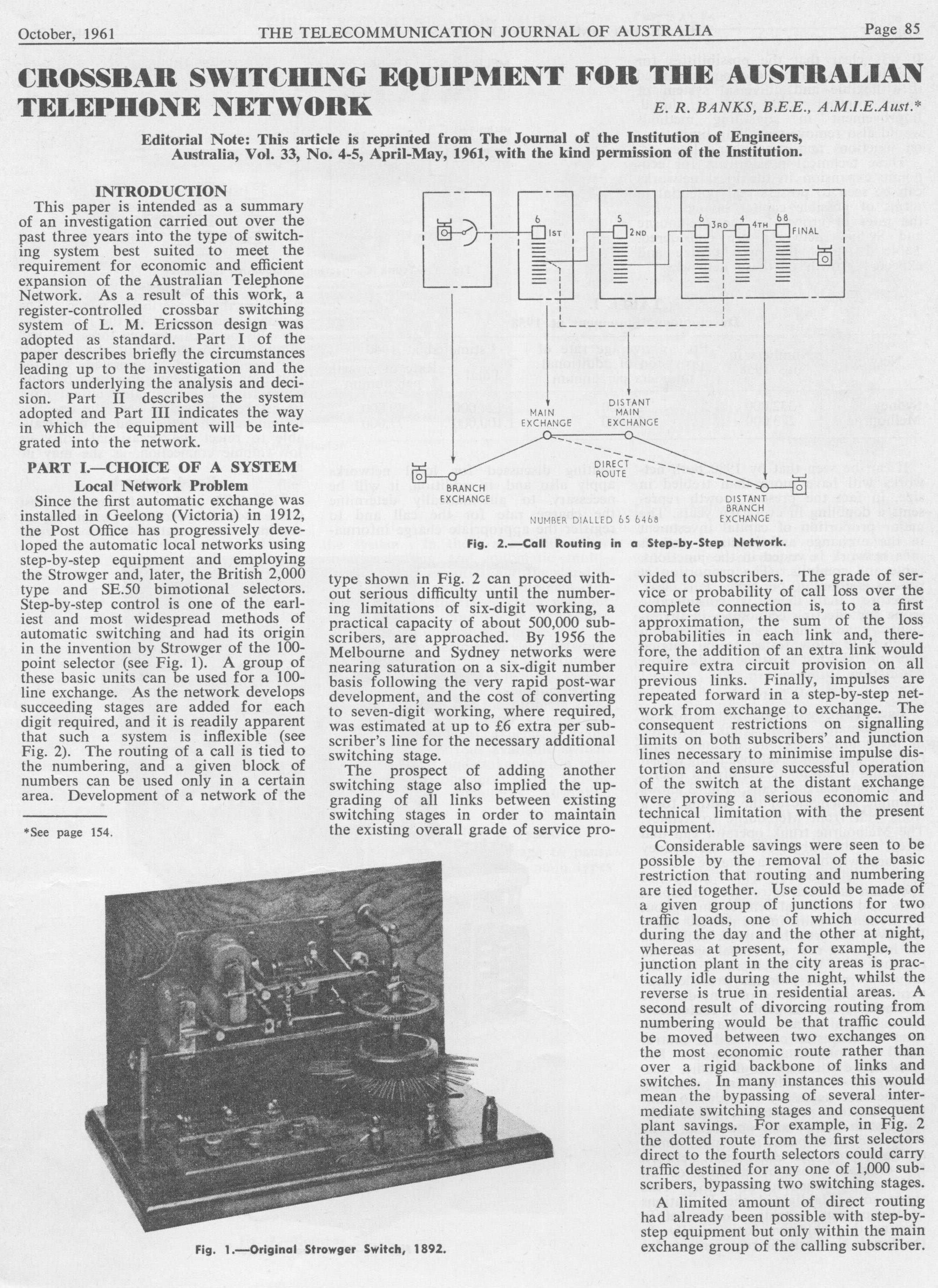 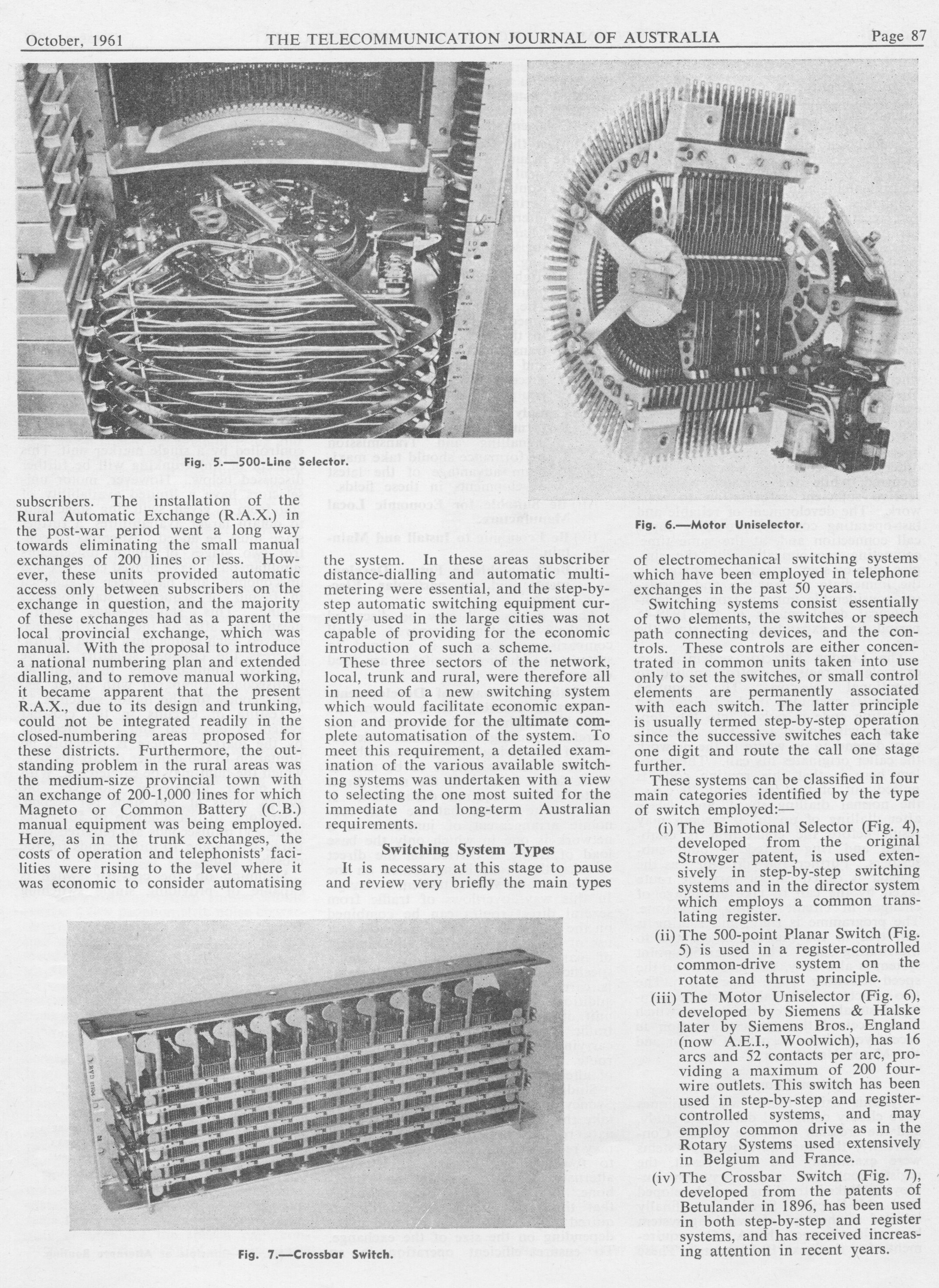 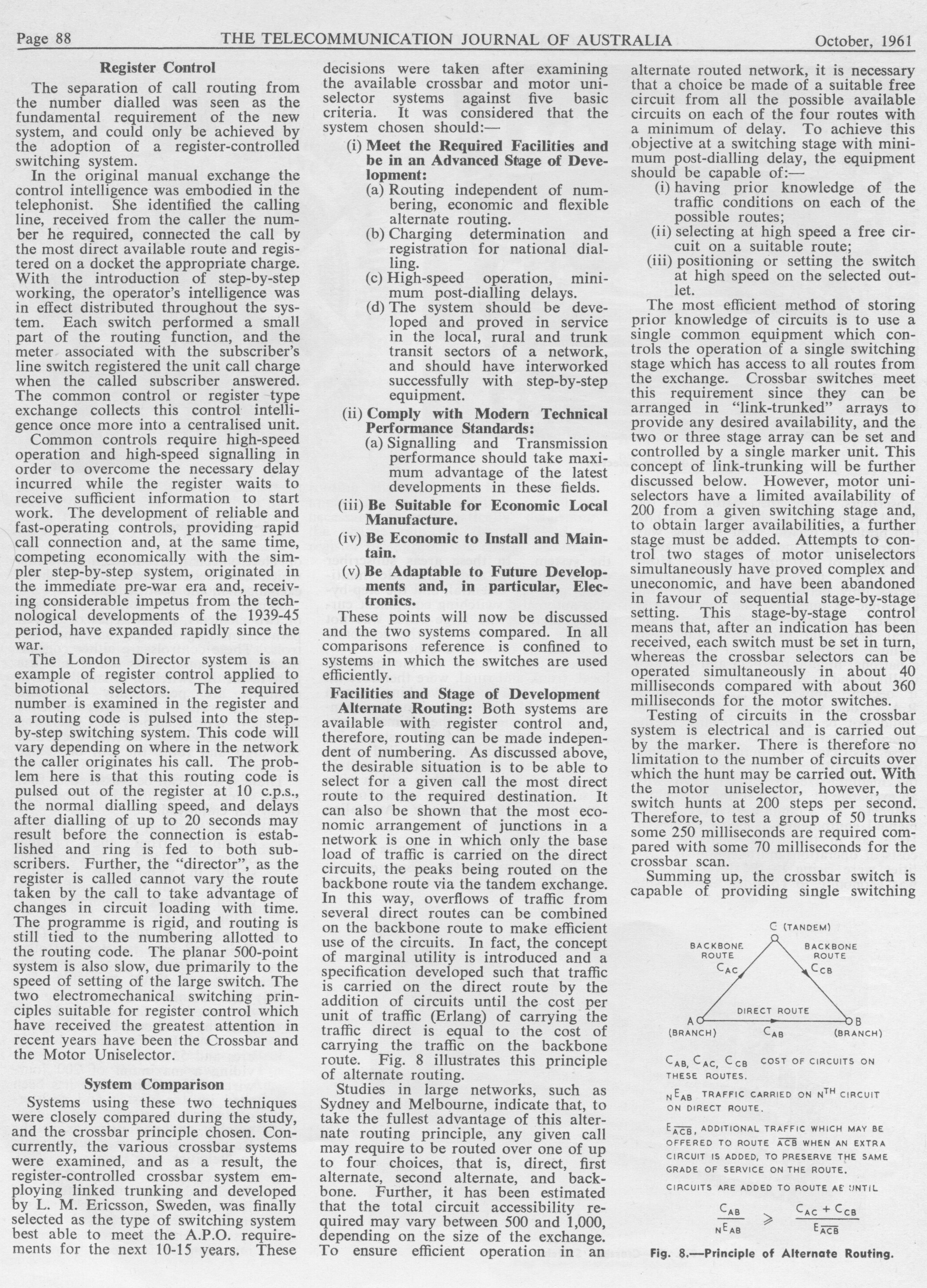 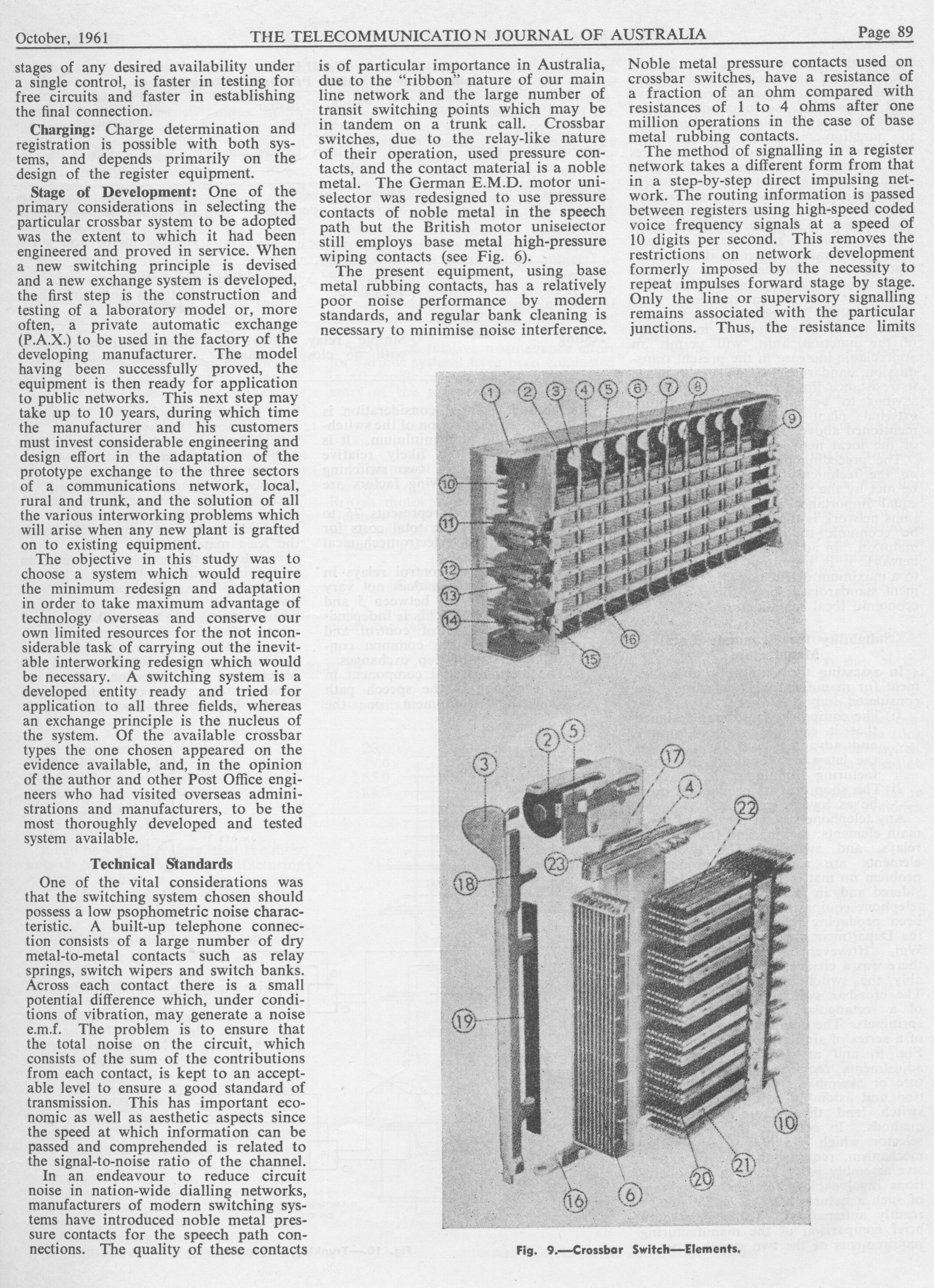 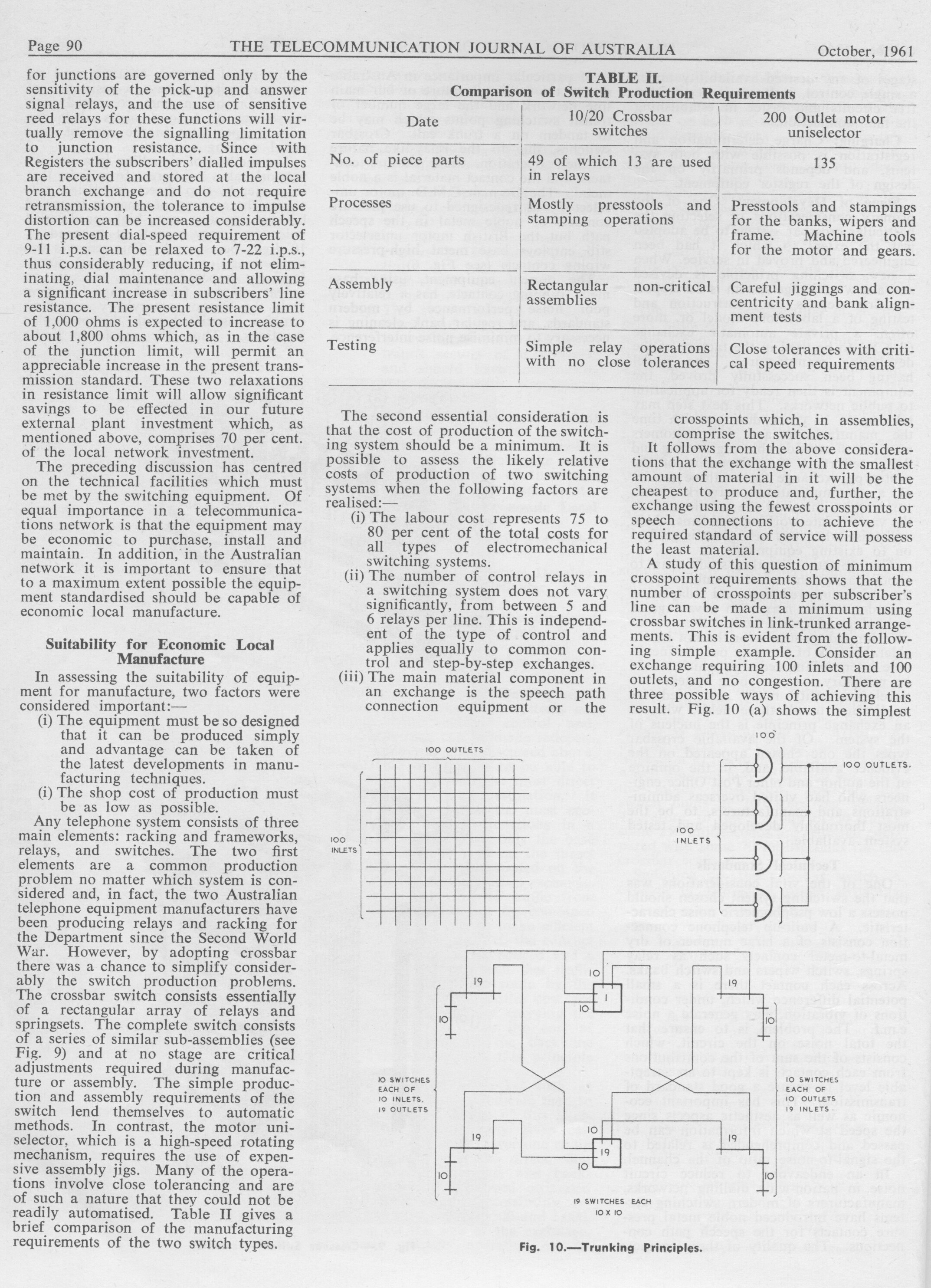 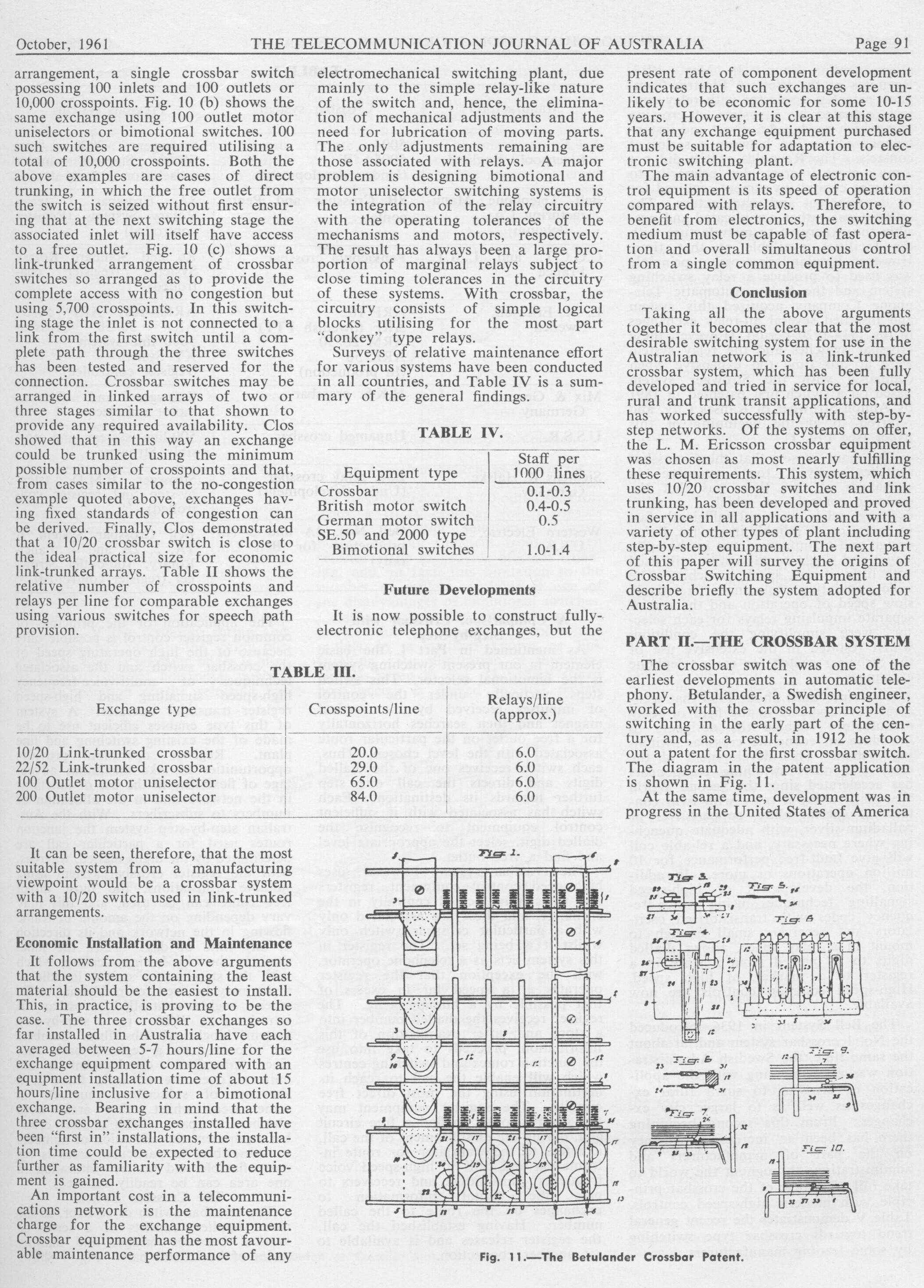 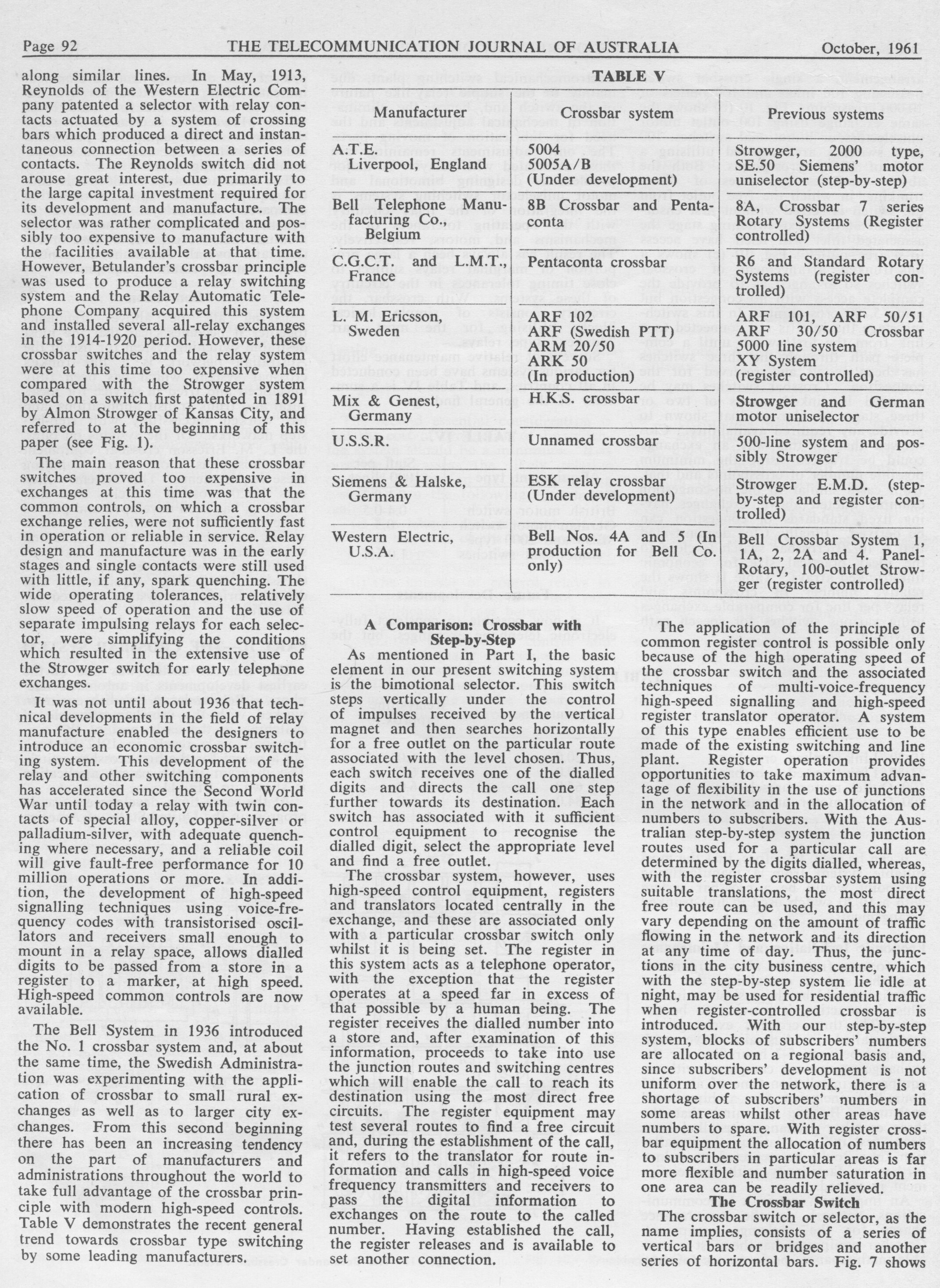 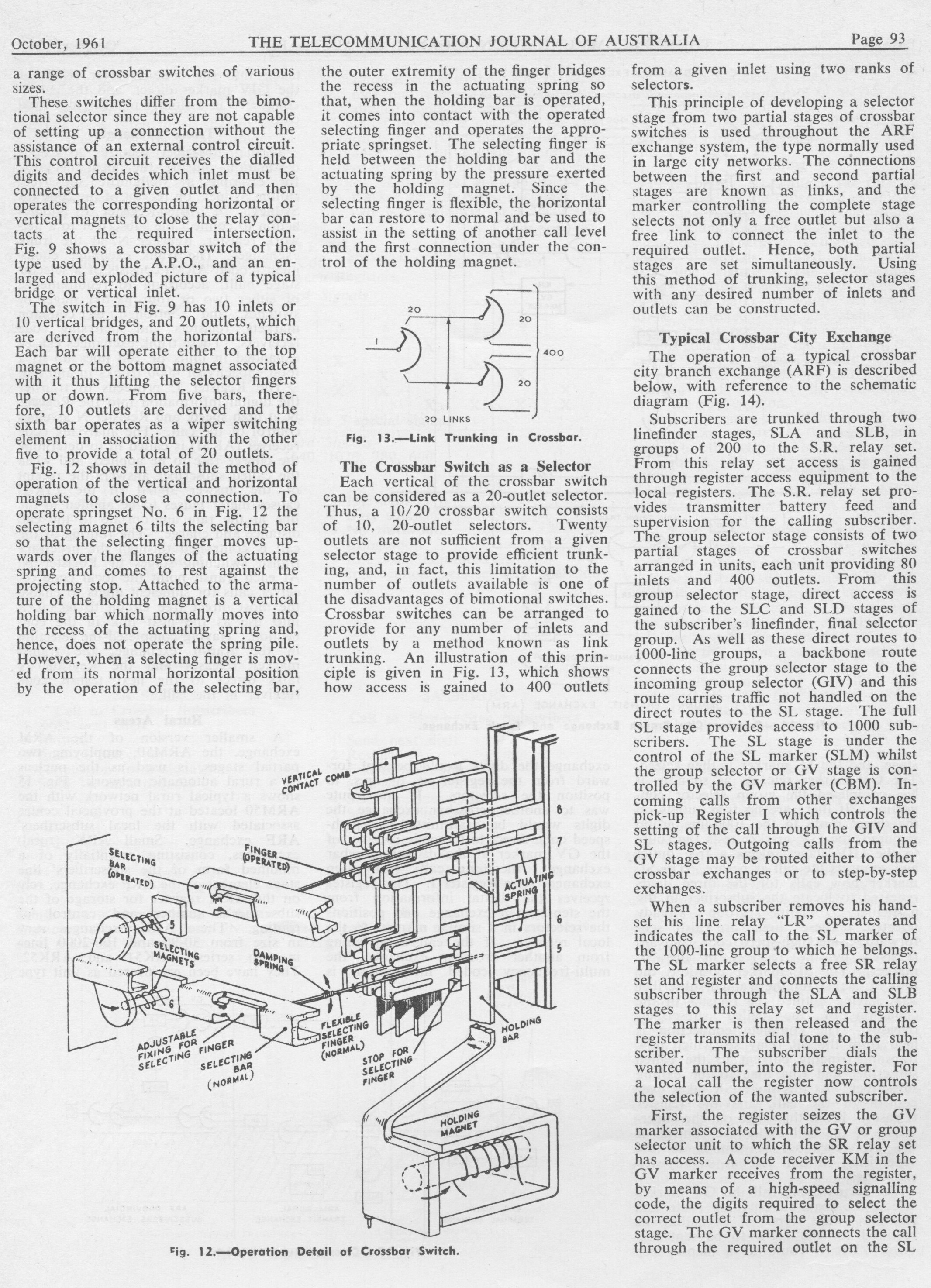 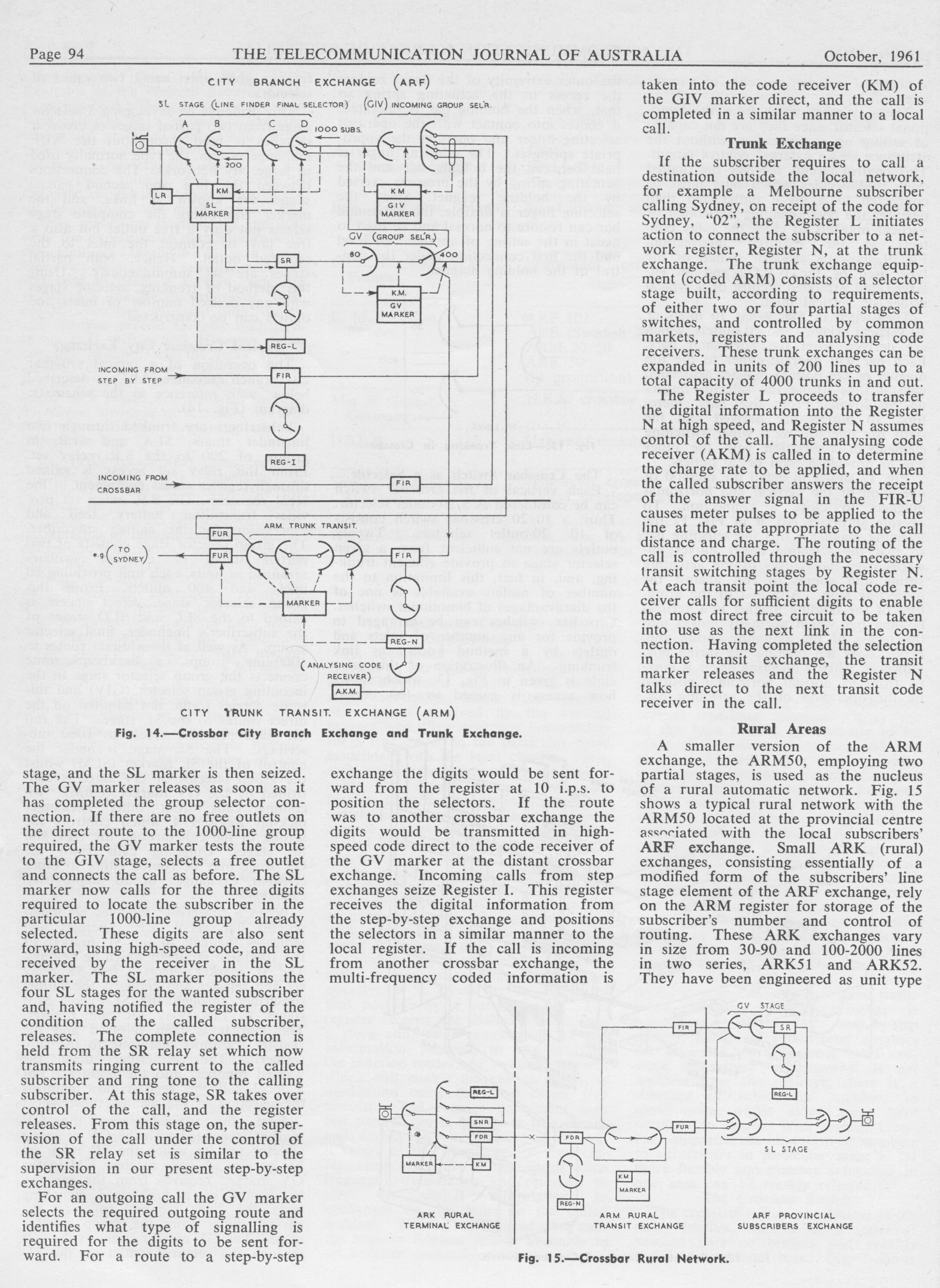 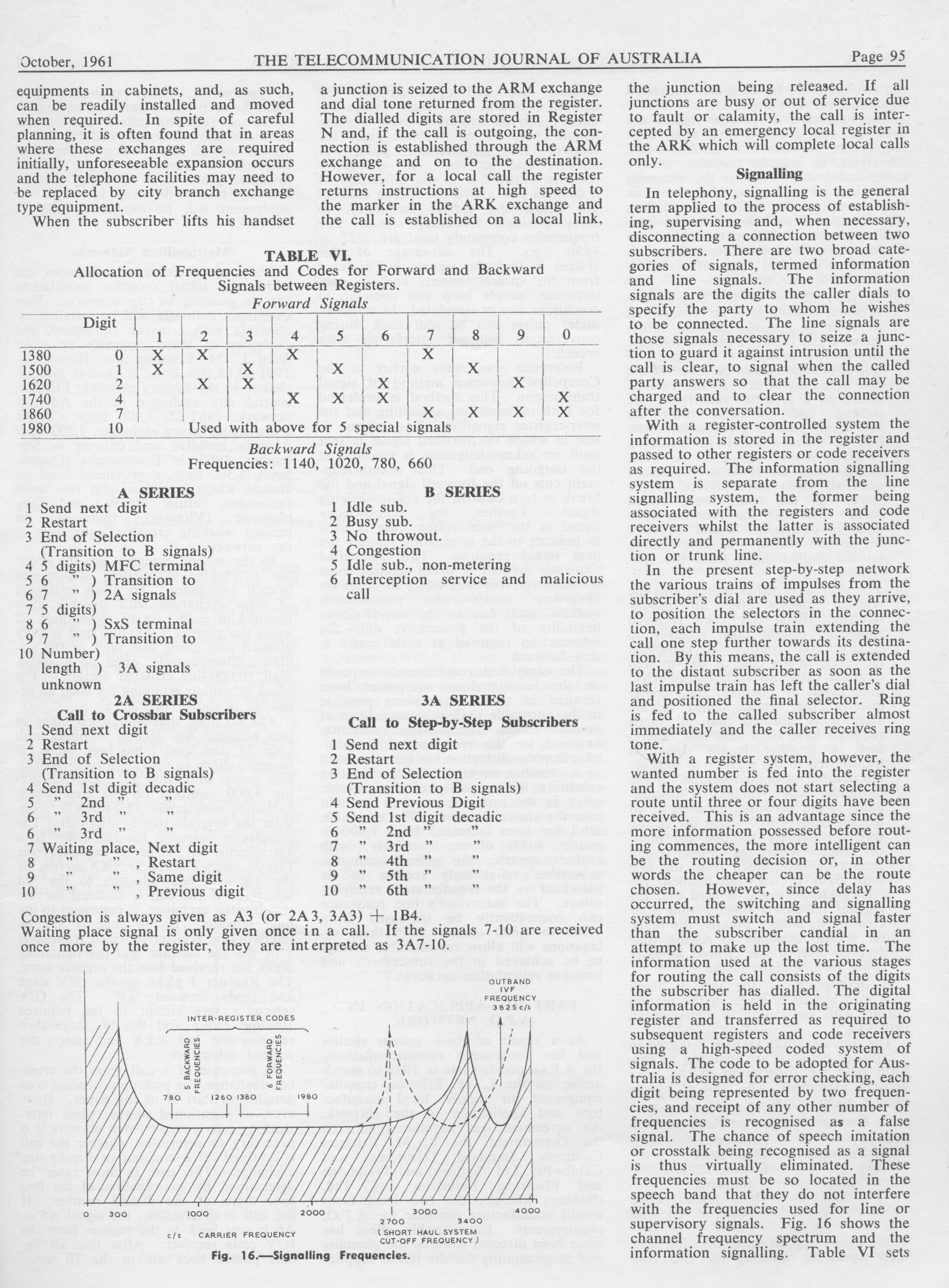 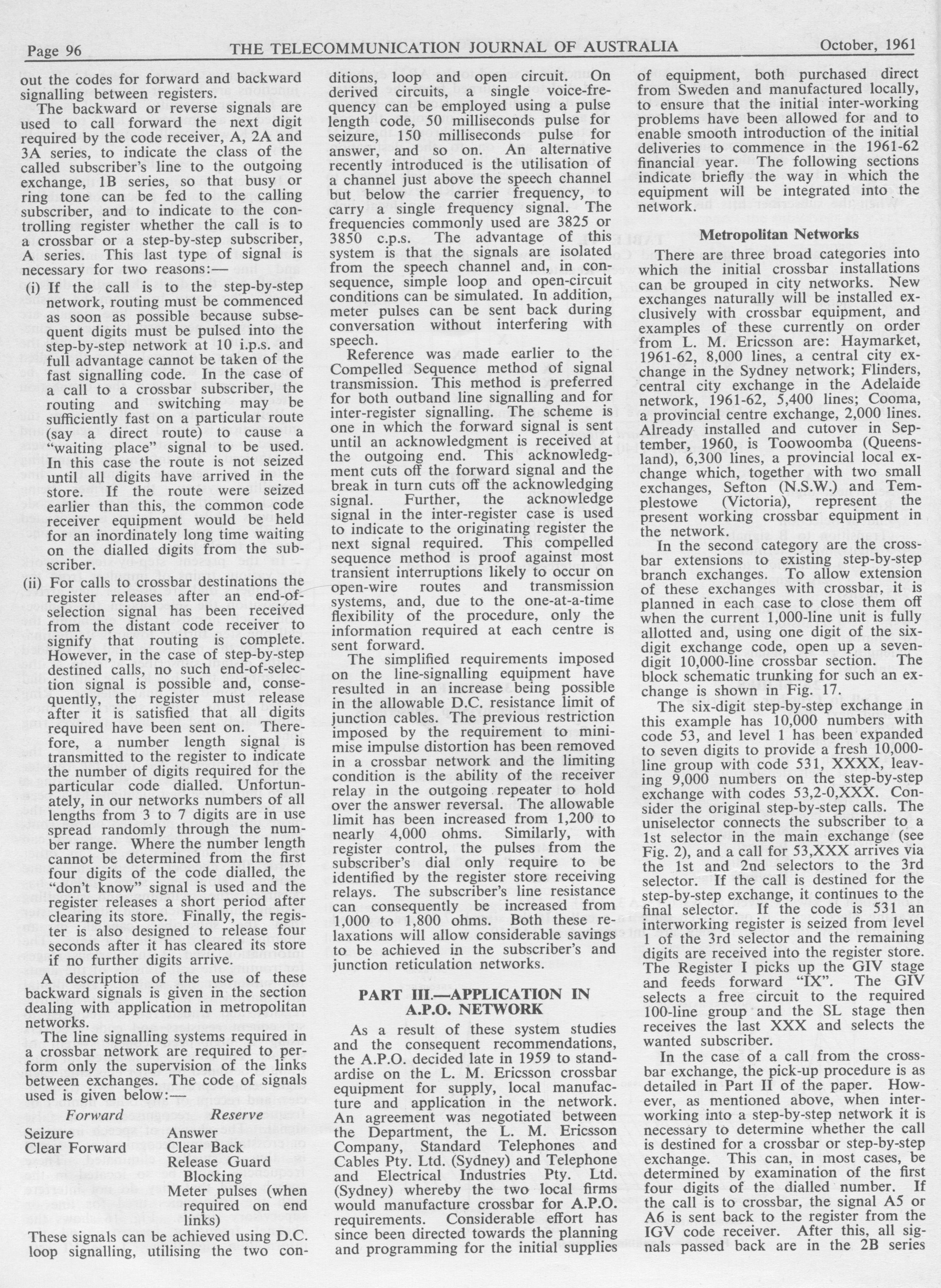 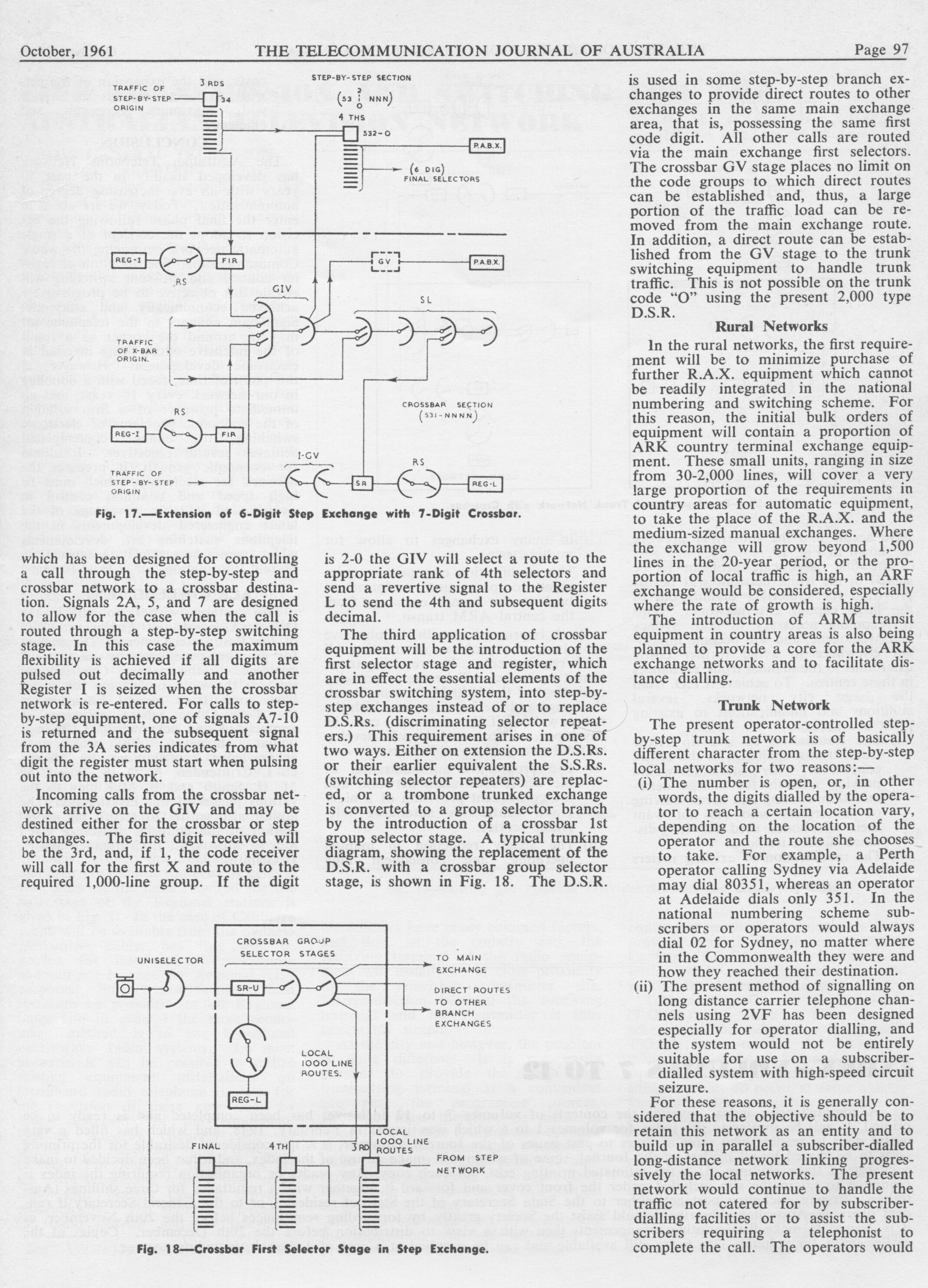