Impressions of an Overseas Visit

A fascinating paper from 1961 contrasting the technical and general differences in providing telecommunications services in Europe, North America and Australia.

This historic paper was published in June 1961 at a time when overseas fact-finding assignments were a privilege for the recipient. A detailed report was required by management upon return (around 12,000 words in this example) which was widely circulated within the Postmaster-Generalâs Department and ultimately published in the Telecommunications Journal of Australia (Volume 13, Number 1).

The actual overseas visit took place in late 1959 and was primarily to deal with technical matters in connection with the contract for the Sydney-Melbourne coaxial cable. The opportunity was also taken to investigate various aspects of external plant practices.

The paper is particularly interesting as it details the influence of non-technical factors on technical procedures. Relative wage and price levels are discussed and their influence on telecommunications manufacturing. For example, wages were higher in North America and the cost of materials handling equipment was lower, which encouraged a greater level of mechanisation in cable manufacture, compared to Europe.

This is 1959 and well before the break up of Bell in 1984; however, the paper states the Bell System in Canada has a âtaint of American capitalism about it and is therefore unpopular on National groundsâ. It also cautions the reader on one hand about the dangers of uncritical acceptance of overseas matters, while, however, it cannot help but be impressed by the North American techniques.

The second half of the paper provides a detailed comparison between Australian and North American telecommunications infrastructure. This is a fascinating insight into the industry at the time and covers topics such as skilled tradesmen, exchange areas, subscriber services, buildings, installation and material supply. 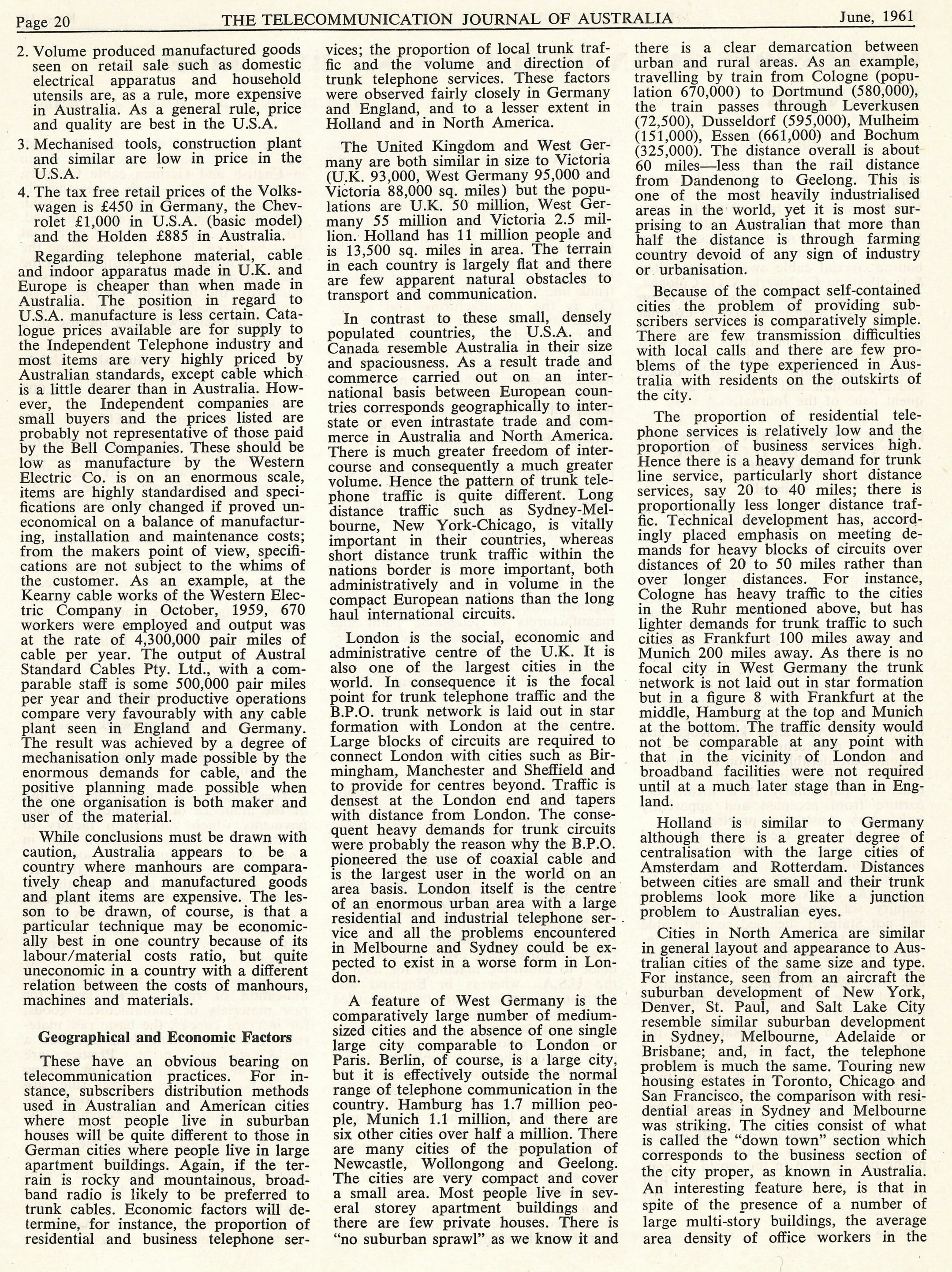 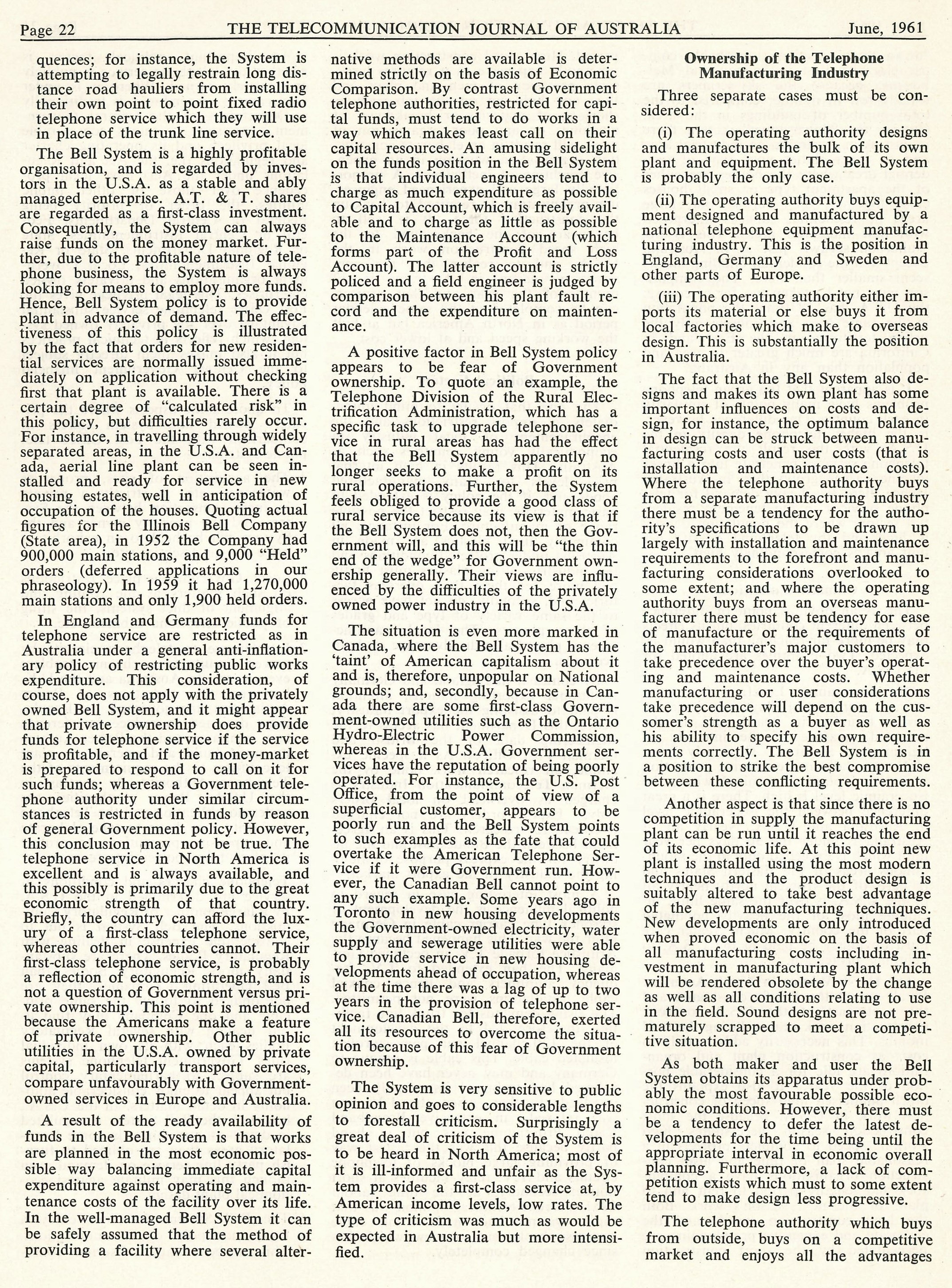 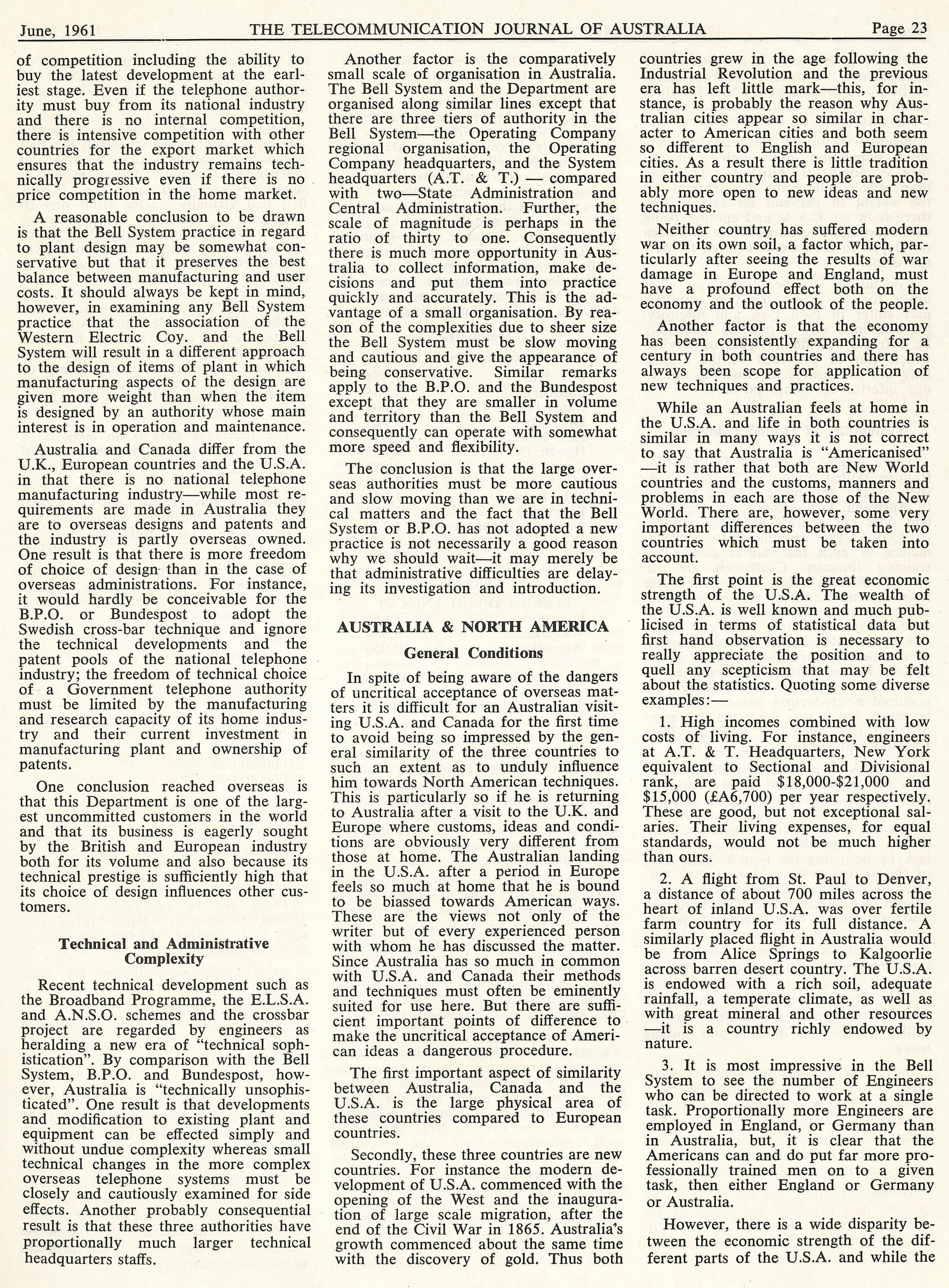 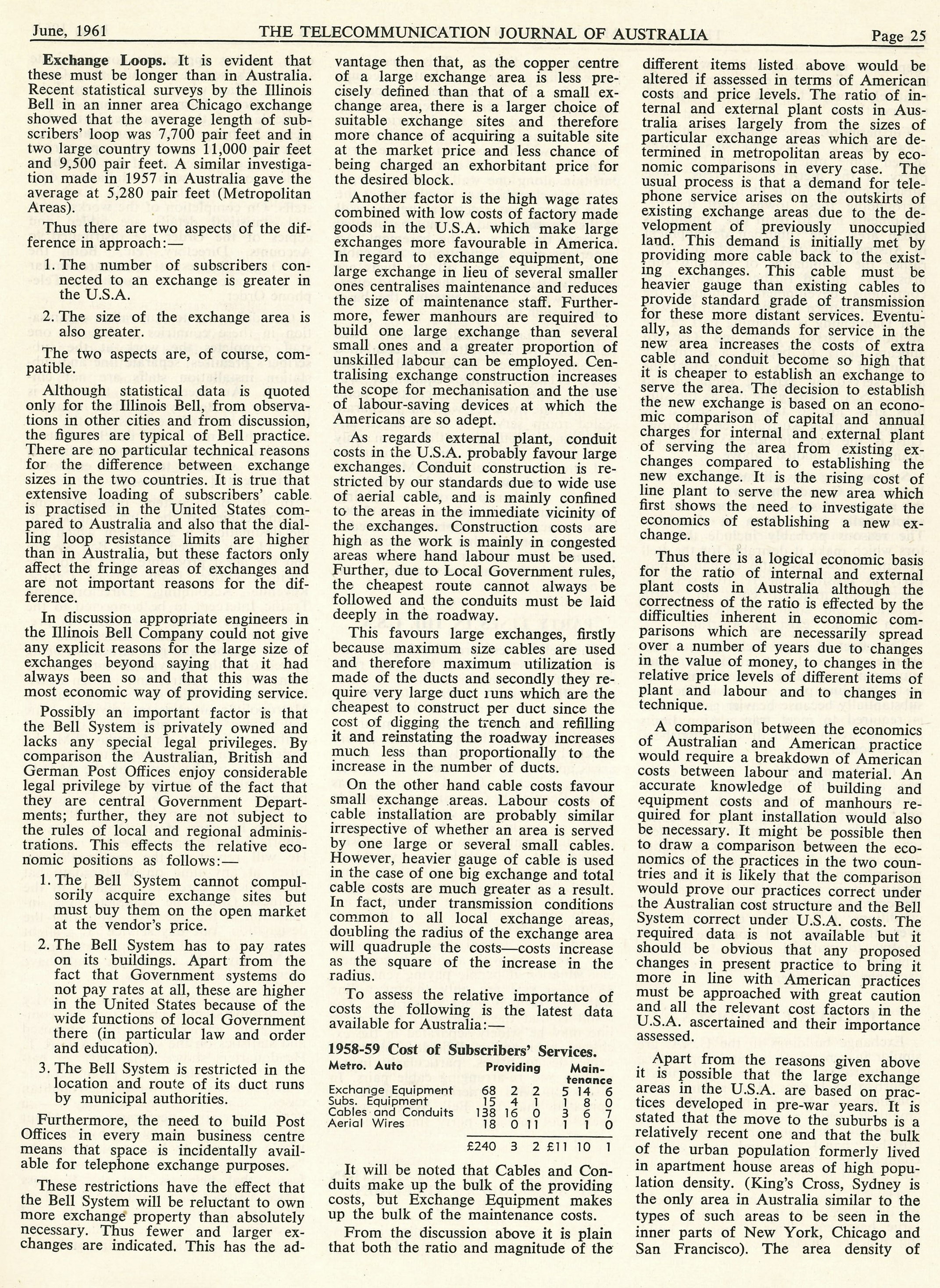 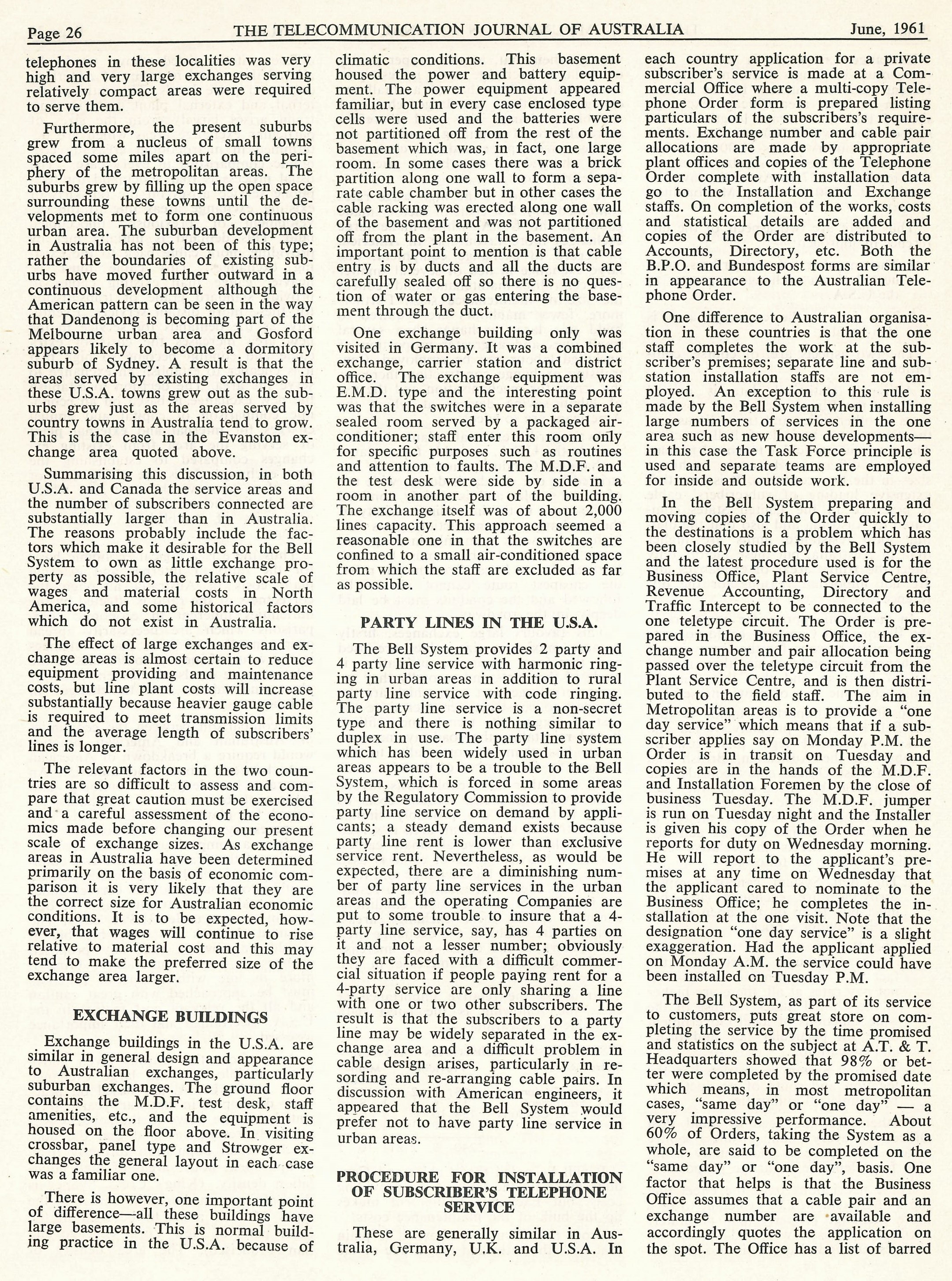 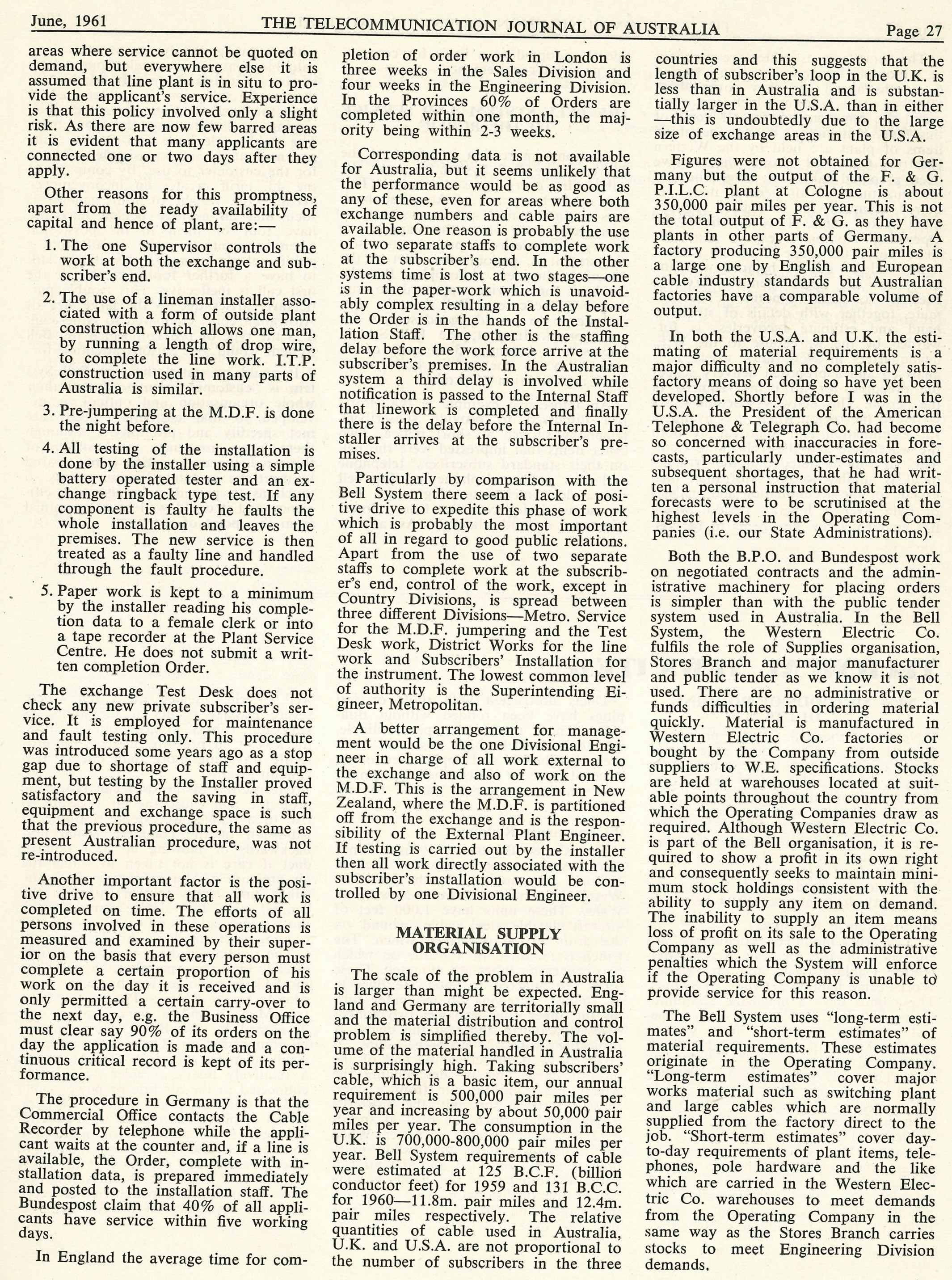 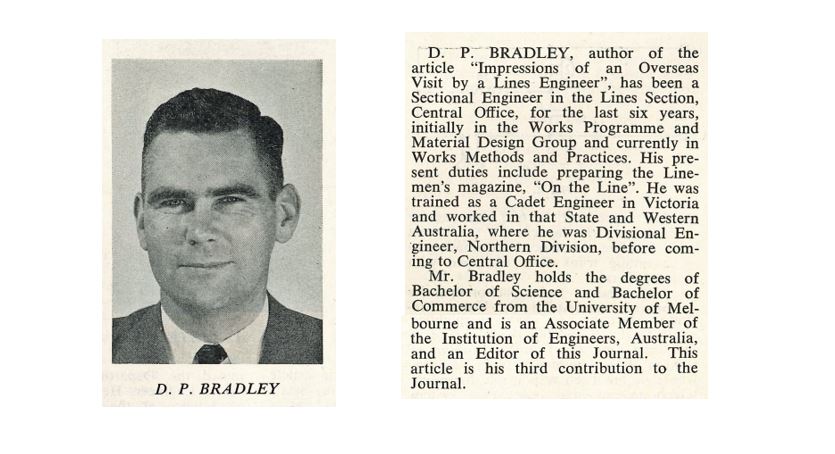