Two historic technical news items from 1970 covering the Australian Post Office’s involvement in the Apollo 13 emergency and a non-theoretical review of laser developments.

These two short historical papers were published as technical news items in the Telecommunication Journal of Australia in June 1970.

The first paper details the Australian Post Officeâs (APOâs) involvement in the Apollo 13 emergency in April 1970. Most readers who witnessed Neil Armstrongâs historic moon walk in July 1969, on the Apollo 11 mission, would be aware of the emergency situation that befell the later Apollo 13 mission, due to an explosion in the service module.

The astronauts were able to return to Earth safely, but their rescue required an enormous effort and ingenuity by the National Aeronautics and Space Administration (NASA) and its contractors, as well as assistance from many American allies, including the APO.

The paper describes how the APO quickly deployed an AWA microwave link from the Parkes high gain radio telescope (made famous in the 2000 film The Dish) to the NASA tracking station at Honeysuckle Creek, because the astronauts no longer had access to powerful transmitters in the service module and Parkes could receive their weaker signals.

The APO was also asked via the American Embassy to protect from interference the communications frequencies used by the astronauts in their emergency descent. This necessitated checking the operating frequencies of all microwave systems near the flight path and either changing operating frequencies or re-routing traffic and temporarily disabling the systems.

The Apollo 13 rescue was successful and was later immortalised in the 1995 film Apollo 13 starring Tom Hanks. Recently, in December 2018, the Special Broadcasting Service (SBS) in Australia broadcast a documentary entitled âMission Control: The Unsung Heroes of Apolloâ, which featured details of many of NASAâs achievements, including the moon walks and the Apollo 13 rescue.

The second paper provides a non-theoretical review of a decade of developments in laser technology. It was written by A. Tucker (Tucker, 1970) who was the Science Correspondent of The Guardian newspaper in London. It was supplied for publication in the TelecommunÂ­ication Journal of Australia by the Information Service of the British High Commission.

It covers the unique properties of the laser, the short wavelengths, potential deployment in space, use for measurements where great precision is required, use for medical procedures and the possibility of transmission in glass fibres, which was yet to be perfected. It ends with the profound statement: âone thing is certain, lasers are still in their infancy and we are only just beginning to exploit their enormous potential for human goodâ. 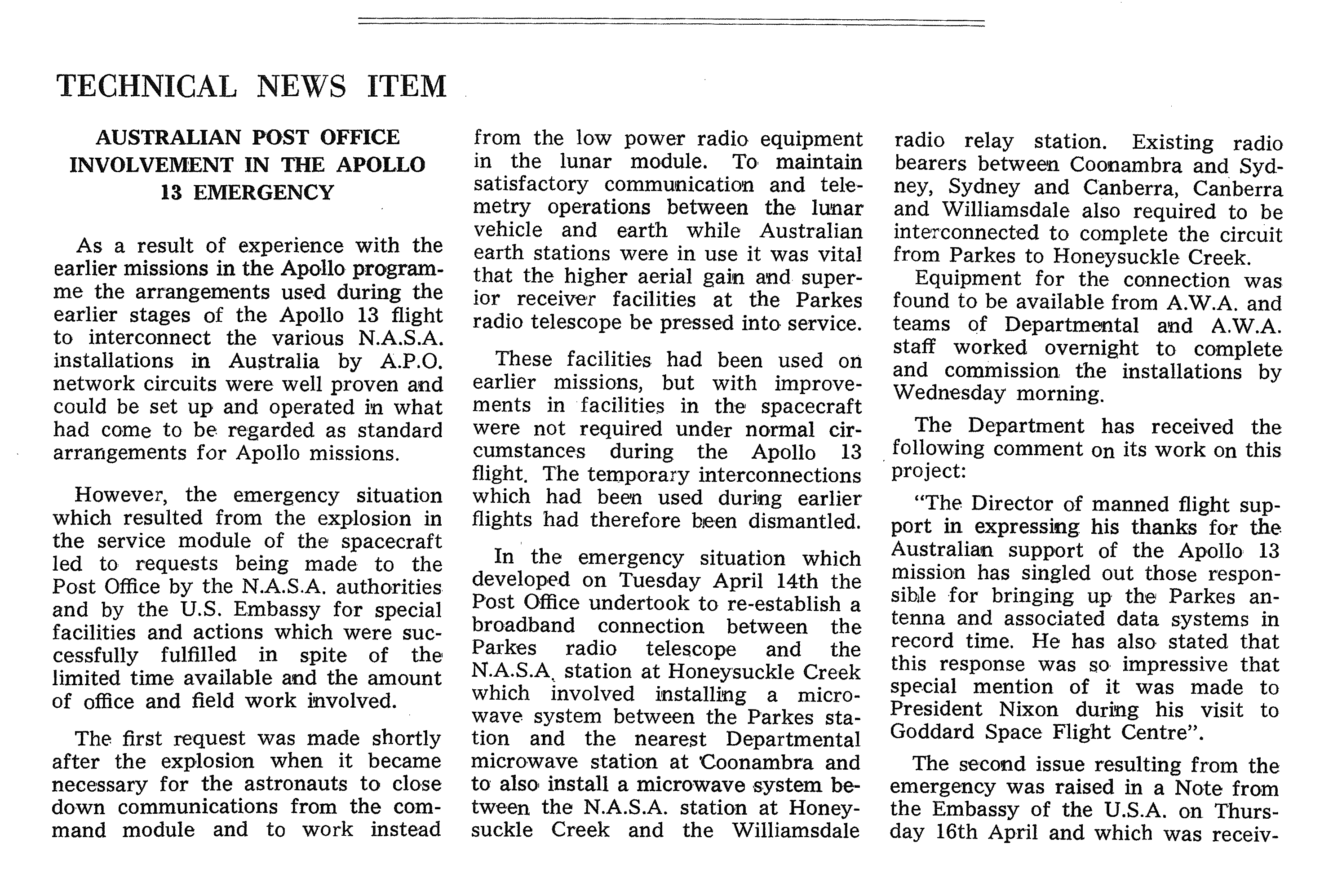 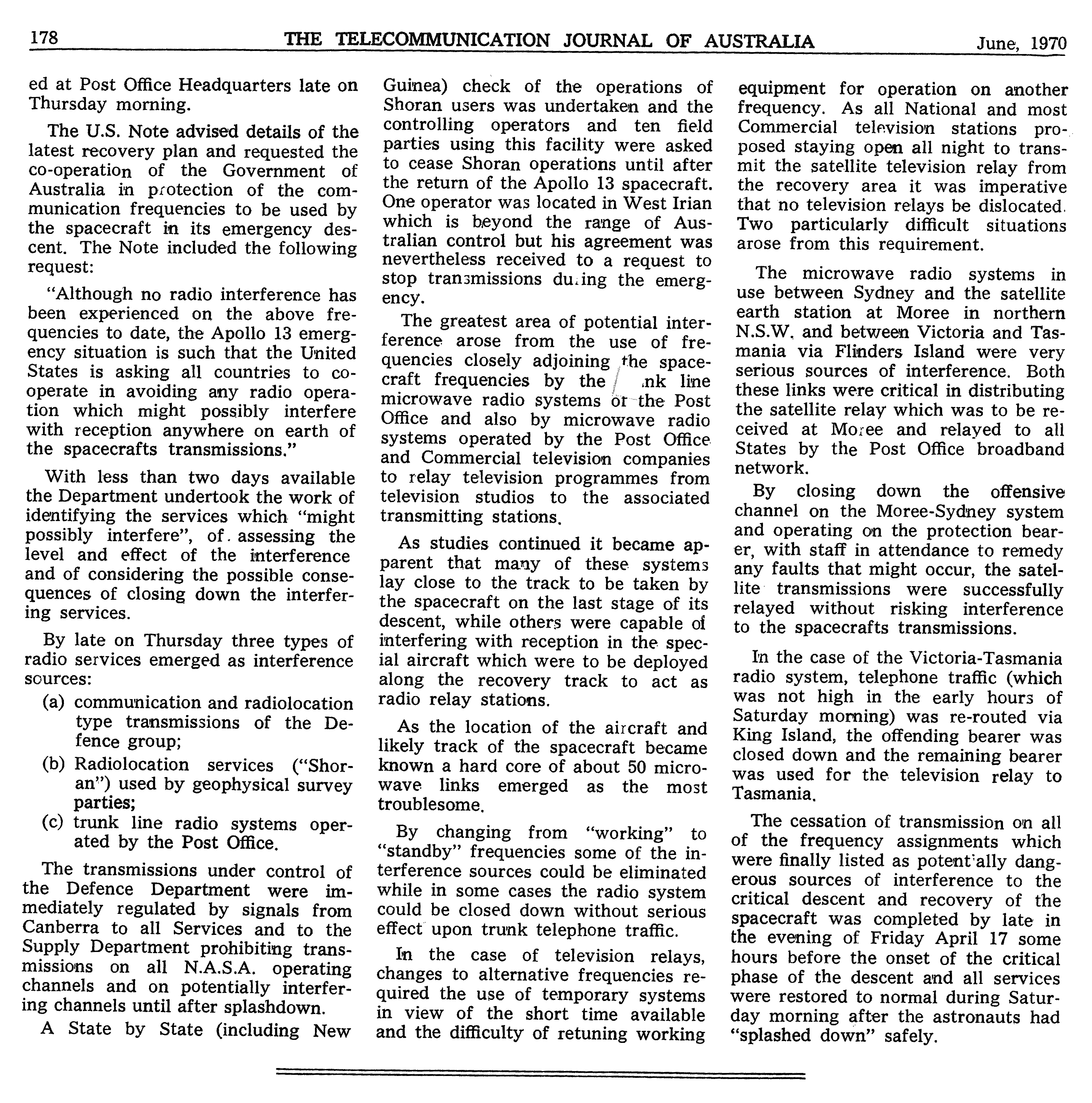 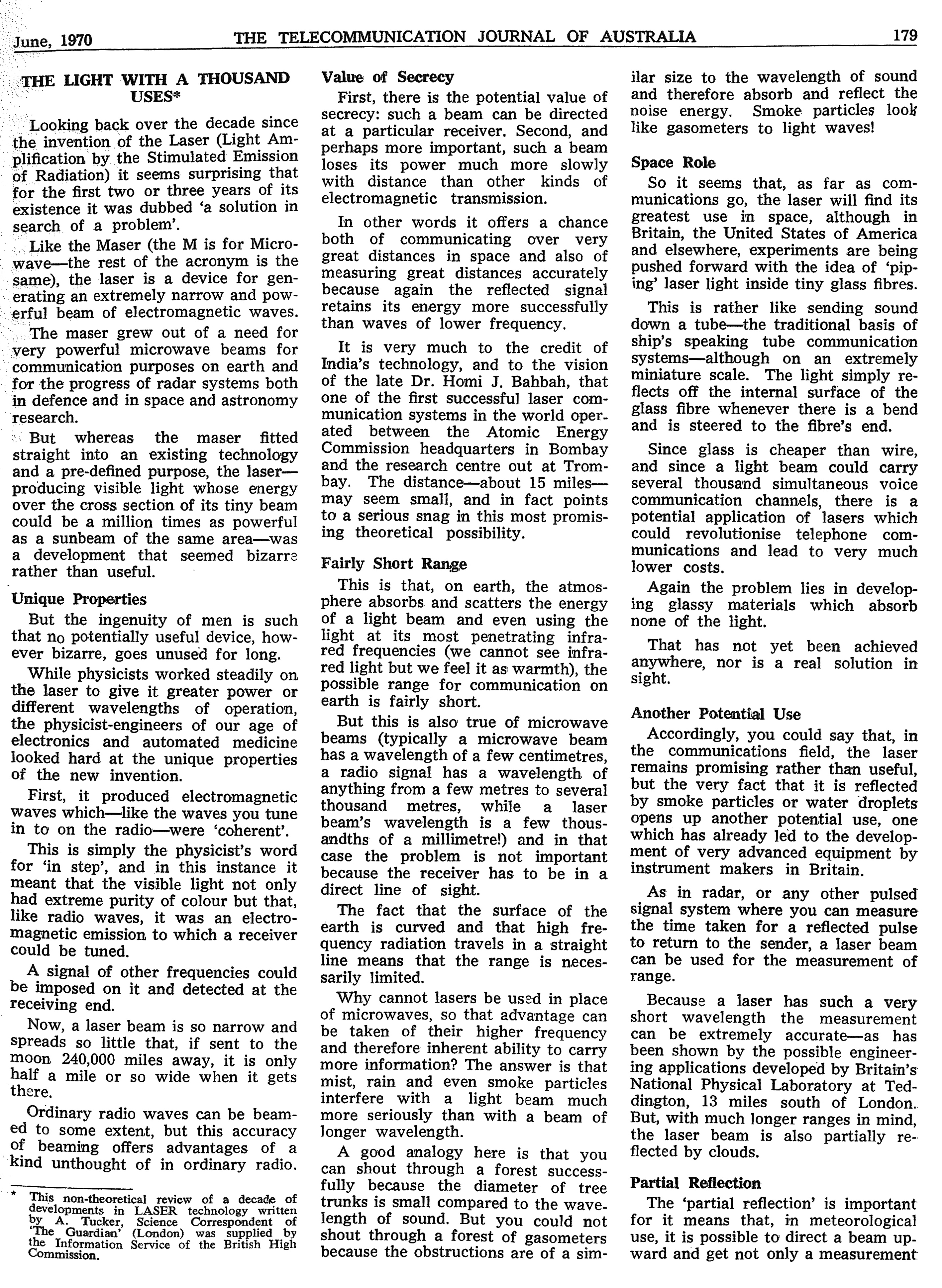 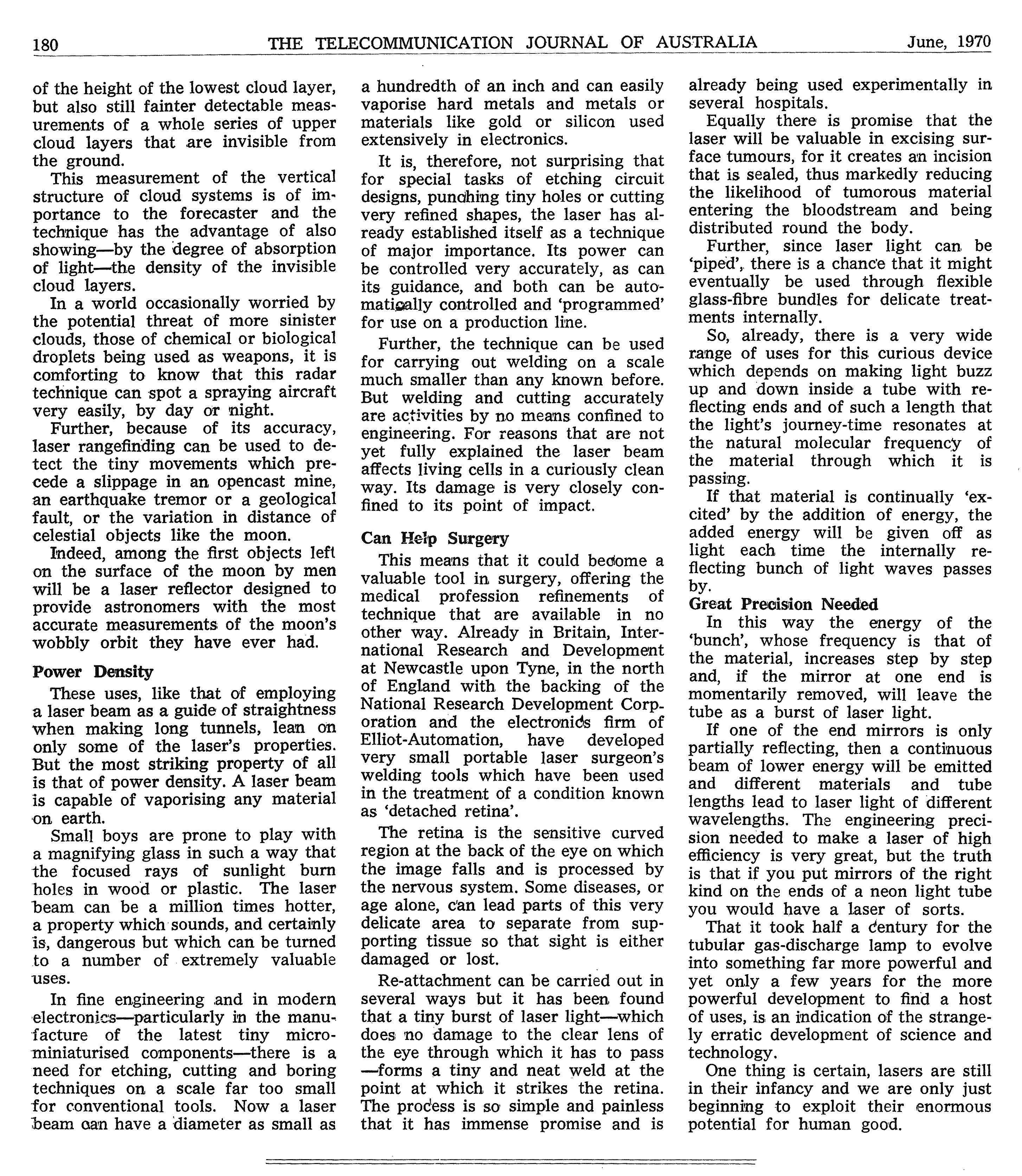