Two historic papers from 1966 detailing the mail handling scene in Australia and the development of the state-of-the-art Sydney Mail Exchange.

The two historic papers were published in the Telecommunication Journal of Australia in October 1966. Mail handling and telecommunications were the primary focus of the Postmaster General's Department (PMG) from Federation in 1901 until Australia Post and Telecom Australia were separately established in 1975.

The first paper (Page, 1966) details the mail handling scene in Australia in 1966 and highlights the challenges of delivering an increasing volume of mail to a geographically dispersed customer base. At the time, 2.5 billion articles were handled per annum and this increased continuously until 2008 when they peaked at 5.6 billion (Australia Post, 2008).

In 1966, the PMG was well aware of the growing volumes and the implications for standardisation, automation, staffing levels and delivery times. The construction of the state-of-the-art Sydney Mail Exchange in 1966 and the introduction of the current four-digit post code system in 1967 were no coincidence. This was a deliberate strategy by the PMG to cost-effectively manage the increasing postal volumes.

The second paper (Magnusson, 1966) summarises the development of mechanised mail handling around the world and details how the PMG used the new four-digit post code system to significantly simplify the design of the Sydney Mail Exchange. Any reader familiar with the British six-digit, alphanumeric post code system would appreciate the simplicity of the Australian four-digit numeric system, at a time where machine learning was very crude.

Both papers make fascinating reading, given Australia Post still delivers over three billion articles a year but the mix is shifting dramatically to parcels as the community embraces eCommerce and new forms of digital communication (Australia Post, 2018). 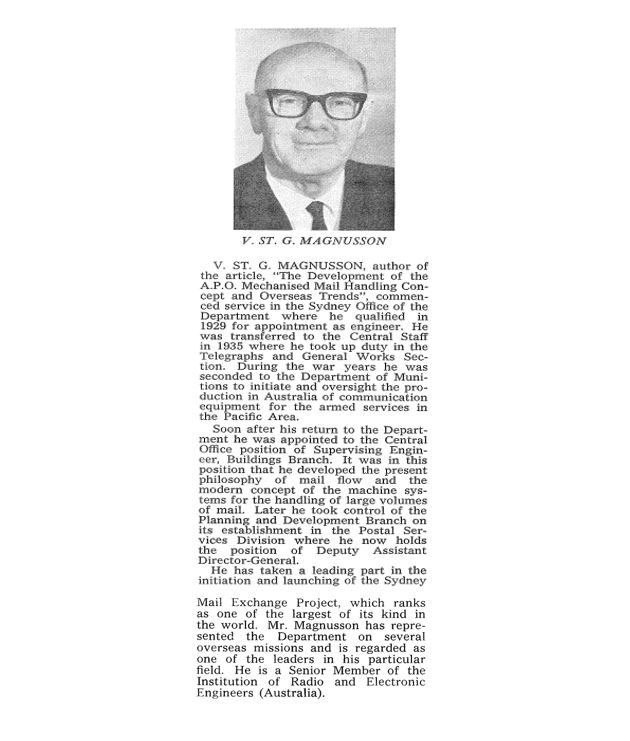 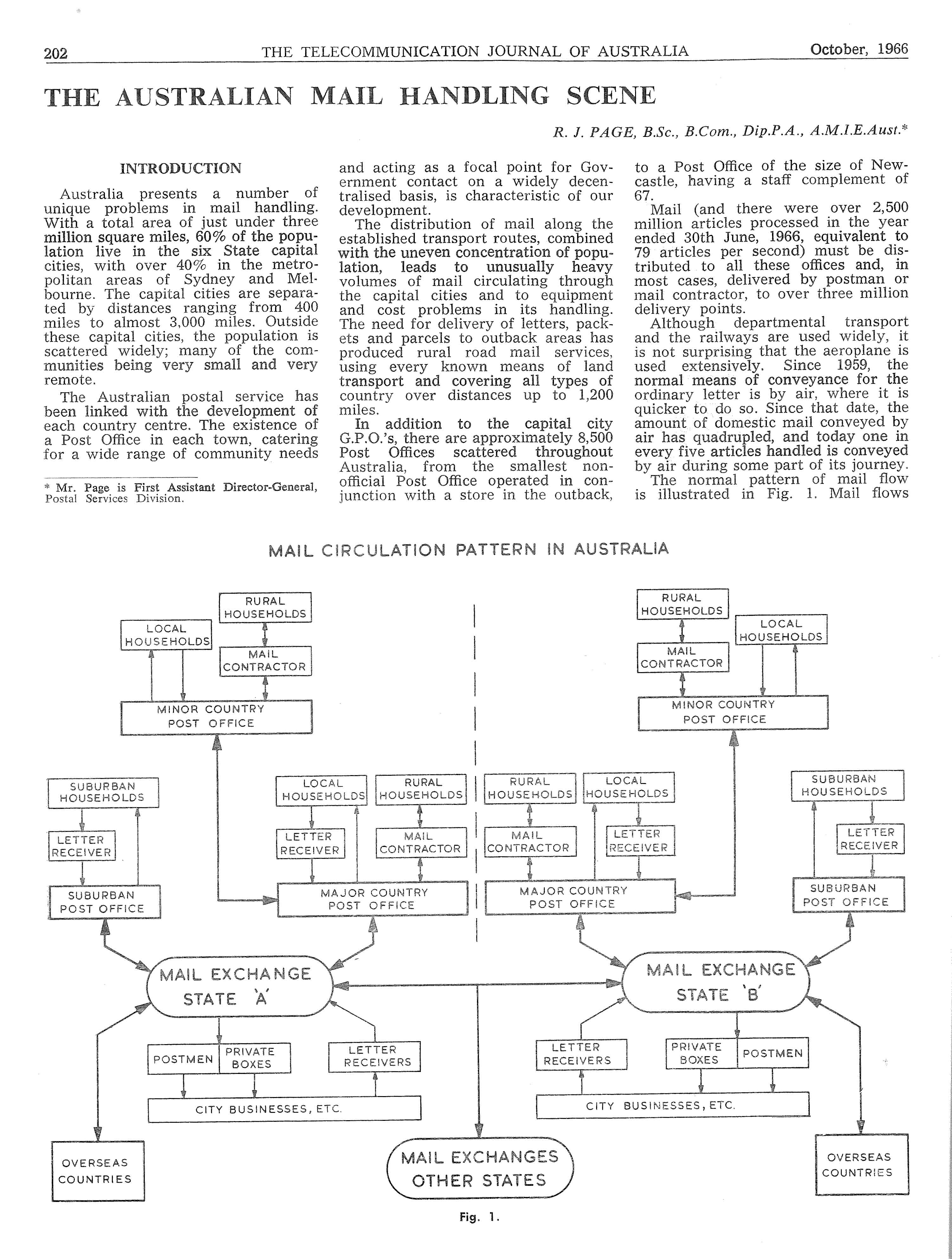 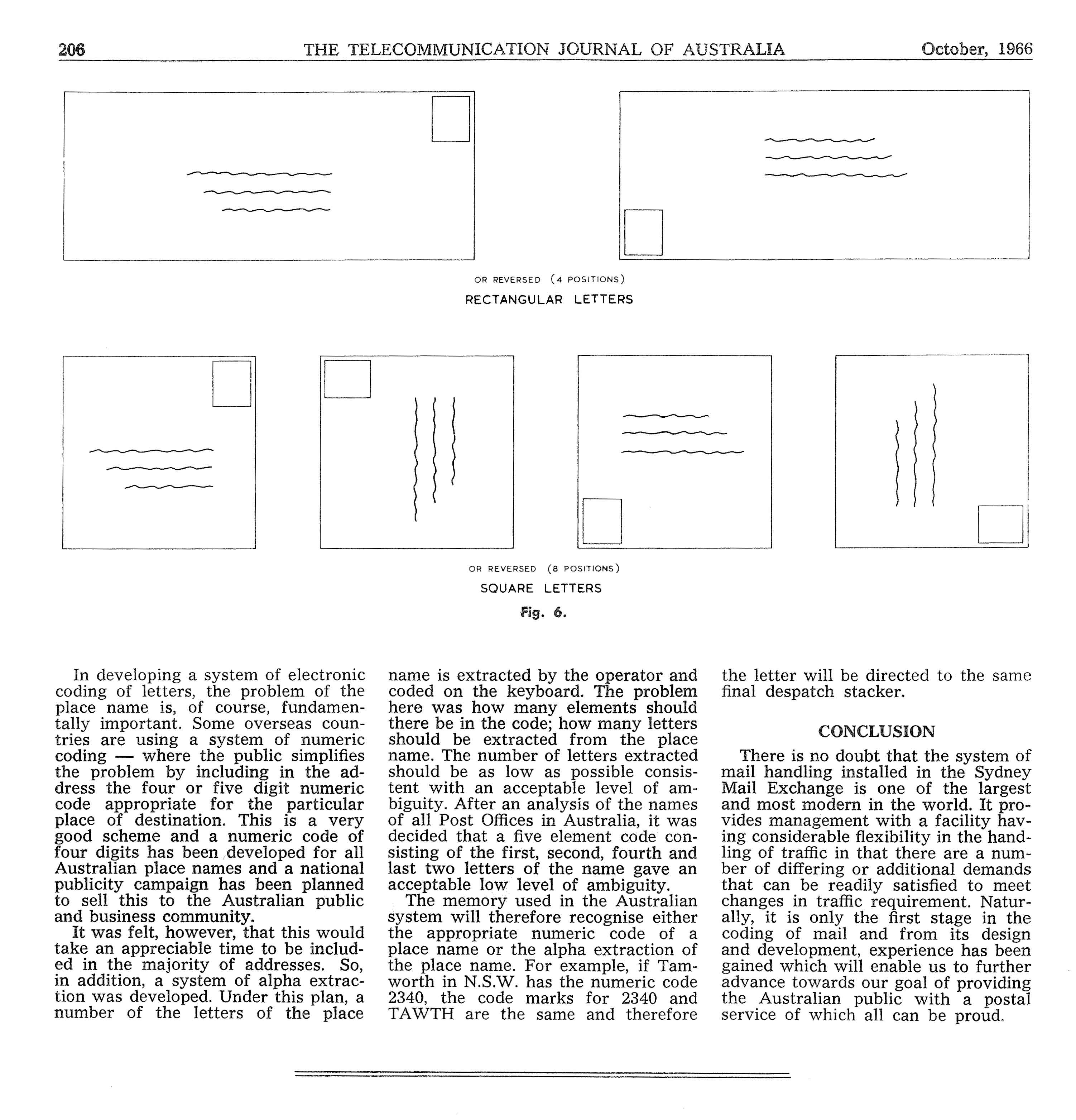 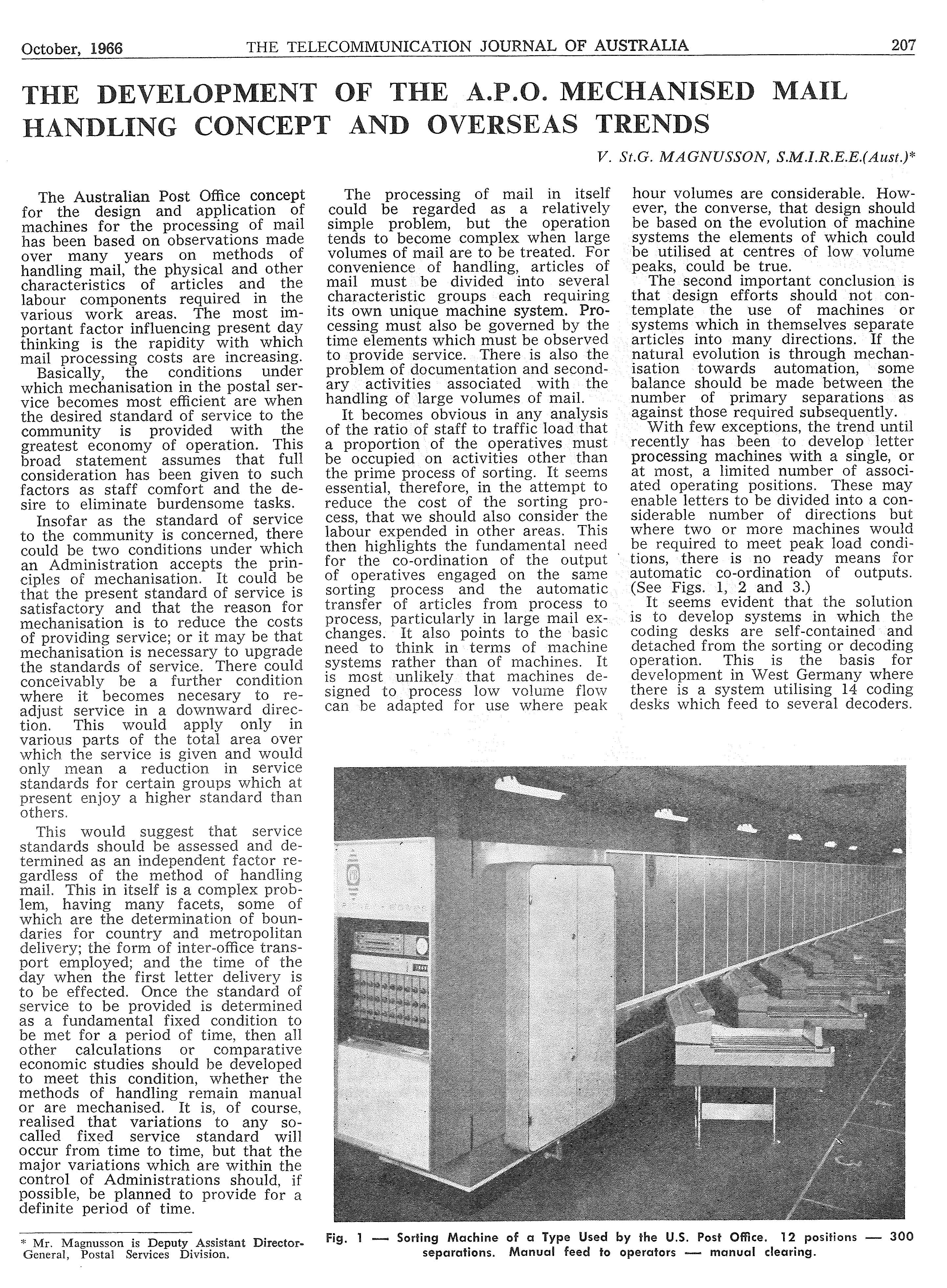 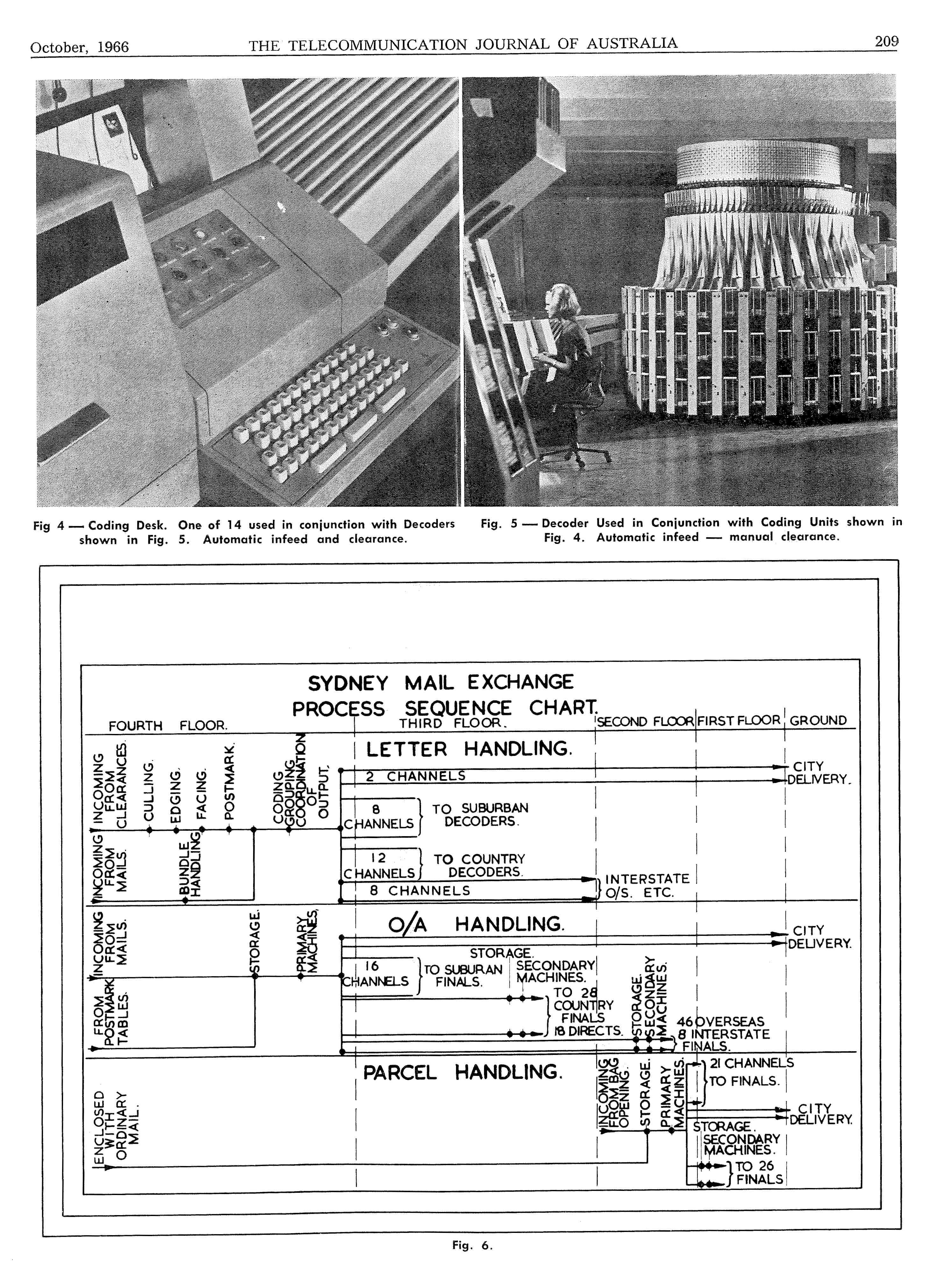 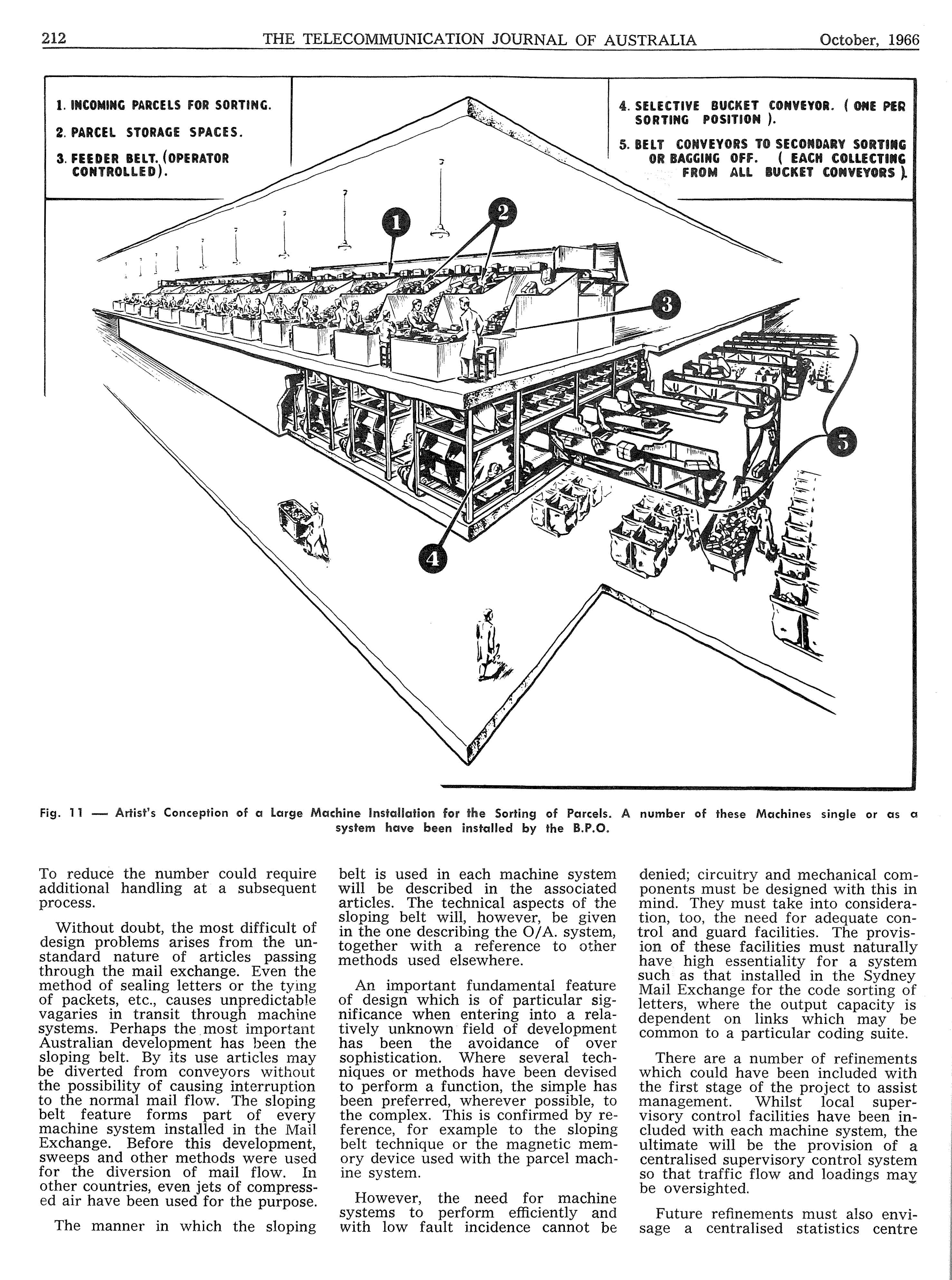 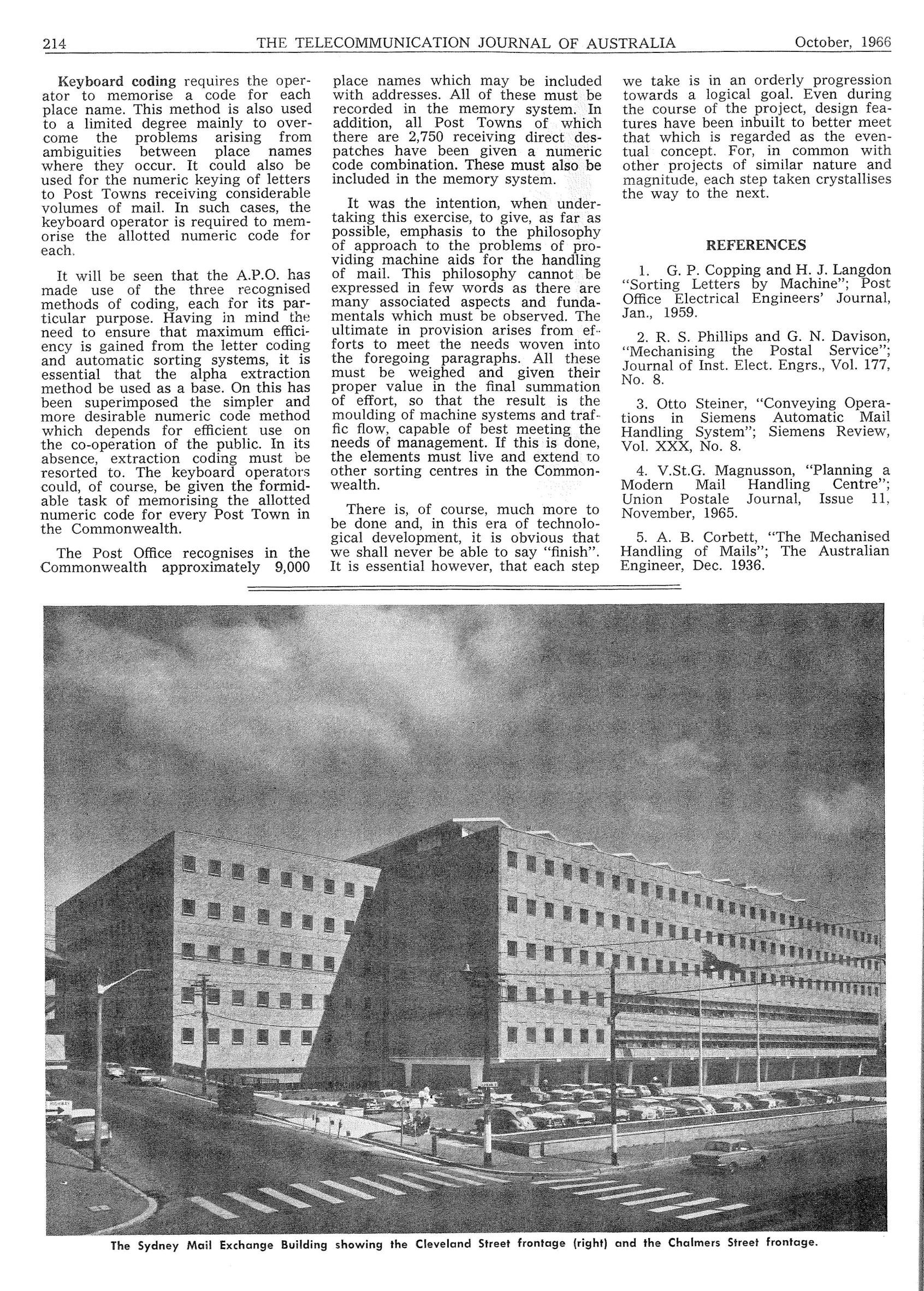