Liz Fell (7 March 1940 to 13 August 2020), a freelance communications journalist, was elected a Distinguished Fellow of the Telecommunication Society of Australia in 2003 for her notable and enduring contributions to Australian telecommunications. Liz was the recipient of several other important awards for her journalism, including the George Munster Award for Freelance Journalism in 1986. 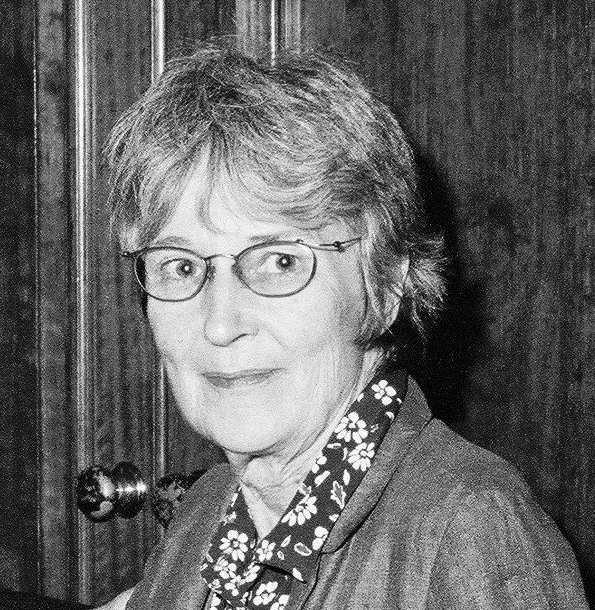 Liz also worked as a part-time Lecturer and Senior Lecturer in a number of university Humanities and Arts faculties in Sydney, including teaching journalism and coordinating students’ research theses for the Master in Journalism degree at the University of Technology Sydney. She also reported for the Federal Government on journalism education in Australian universities.

Her series of interviews published in the Telecommunications Journal of Australia, strung end to end over two decades, tell the story of a telecommunications industry moving from monopoly to competition, to privatisation and back to monopoly.

But they are brought to life by the people whom she interviewed. Really interviewed. With the advantage of deep knowledge patiently acquired.

Recollections by Her Colleagues

Liz Fell possessed the healthy cynicism of a good journalist. She was always well prepared for her interviews, asked the questions that most readers would expect, and knew when further questioning of the subject was needed for clarification. She understood how important the notion of the public domain was in the Australian telecommunications industry during a time of major national public policy changes. The issues of benefits for end users were always foremost in her writing.

Blair Feenaghty, Executive Editor of the Telecommunications Journal of Australia (TJA) over 1994-2013, writes:

Liz was a joy to work with. Her informed (and sometimes caustic) comments on who would make a good subject for her were extremely helpful. She was one of an old-fashioned group of journalists who believed that the interview should be about the subject, not about the interviewer.

She was notable in that, unlike many, she did not terminate her interviews once she had achieved her own agenda. She allowed her subjects to fully speak their mind, believing that they might have something interesting to say which did not fit any preconceptions she might have brought to the interview.

May her example live long after her.

As Liz’s commissioning editor over those two decades, I noted that the research work which Liz undertook before each interview was prodigious. This gave her impressive command of the content of every interview, on topics ranging across the gamut of modern telecommunications, the media and the underlying economy.

Two of Her Best Interviews for TJA

Her command of her subject-matter is evident in all of her interviews. Blair, Trevor and I have chosen to draw attention to two of them.

Her interview in 2011 with the Australian Shadow Minister for Telecommunications, Malcolm Turnbull MP, was notable for his combativeness (rare amongst her interviewees), born perhaps from their long acquaintance. In tribute to Liz, the Journal republishes in this issue as a companion article (Moorhead, 2020) that interview with the future Prime Minister who, as Minister for Communications in 2013-15, implemented the multi-technology mix redesign of the National Broadband Network we are familiar with today.

Her equally famous interview (Fell, 2013) in 2013 with the Hon. James (Jim) Spigelman AC, “From political activist to public intellectual”, drew upon her own experience of social activism as well as her vast knowledge of the media, including many years working as a journalist for the organization he was now chairing, the ABC. This TJA interview was republished by the ABC and can still be found on the ABC website (About the ABC, 2013).

Those interested to learn more of Liz’s whole life, including her earlier times as a university student, lecturer, ABC journalist and social activist, are referred to Wendy Bacon’s obituary for Liz (Bacon, 2020).

About the ABC. (2013). From political activist to public intellectual. 8 August. https://about.abc.net.au/speeches/from-political-activist-to-public-intellectual/