Garth Jenkinson was a great contributor to both Australian and international radiocommunications. This obituary, describing some of his career achievements, was compiled by former colleagues and friends of Garth at the Telecom Australia/Telstra Research Laboratories in Melbourne, Australia. 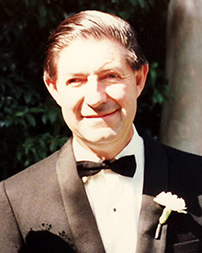 Garth Jenkinson was one of the six members of the original Board of Editors which launched Australian Telecommunication Research in 1967. He served on that Board for the full 29 years of ATR?s existence, taking over from Harry Wragge as Editor-in-Chief in 1982 and holding that position until the final issue of ATR in 1995.

Garth had an extended and productive career with Telstra and its predecessors. After graduating with a BSc in electronics, he joined the PMG Research Laboratories in 1960. He worked as an engineer, initially on instrumentation and thereafter on radio propagation, studying tropospheric propagation and radio meteorology in Bass Strait, the Nullarbor Plain and Central Australia ? often in chartered aircraft specially equipped with radio transceivers.  These were the feasibility studies that preceded the design of Australia?s vital long distance microwave trunk links.

This was followed by work on the attenuation of microwave signals from satellites for the design of the future AUSSAT satellite system, and then on various aspects of satellite communications. His later work in Telstra?s Research Laboratories involved contributing to radio spectrum management, both nationally and internationally, and the standardisation and development of future mobile telecommunications systems.

Garth was very active in the International Telecommunications Union for 20 years, especially in the former CCIR and the subsequent Radiocommunication Sector. He participated in several World Administrative Radio Conferences and World Radiocommunication Conferences and chaired various groups. At WRC-95 in Geneva he was Chairman of the all-important Frequency Allocation Committee that recommended the allocation of radio spectrum internationally in order to achieve global efficiencies in manufacturing and operation as well as in governmental regulation worldwide.  Needless to say, this position required the highest standards of integrity, as well as technical competence and diplomatic ability. He was regarded as a very effective Chairman of this international committee of experts.

Throughout his busy professional career Garth discharged the role of Editor-in-Chief of Australian Telecommunication Research with distinction, and sustained and enhanced the status ofATR as the premier Australian journal for telecommunications research. He gave unstintingly of his time to managing the processes of sourcing, editing, refereeing and publishing material for ATR, as well as being a contributor himself. As Editor-in-Chief he was also an ex-officio Member of the Board of Directors of the Telecommunication Society of Australia.

In 1997 Garth?s outstanding contribution to the TSA over 30 years was recognised by the award of Life Member and by the grateful thanks of the Society.

Garth retired from Telstra in mid-2001. In retirement he continued to enjoy working in electronics as a hobby, became involved in the local community in Emerald (Vic) where he lived, and travelled widely. He died suddenly on 30 January 2013, and is survived by his wife, three children and two grandchildren.

This obituary was compiled by former colleagues of Garth at the Telecom Australia/Telstra Research Laboratories.